The Timber Cove neighborhood was miles away from Johnson Space Center, making it the perfect location for NASA employees. 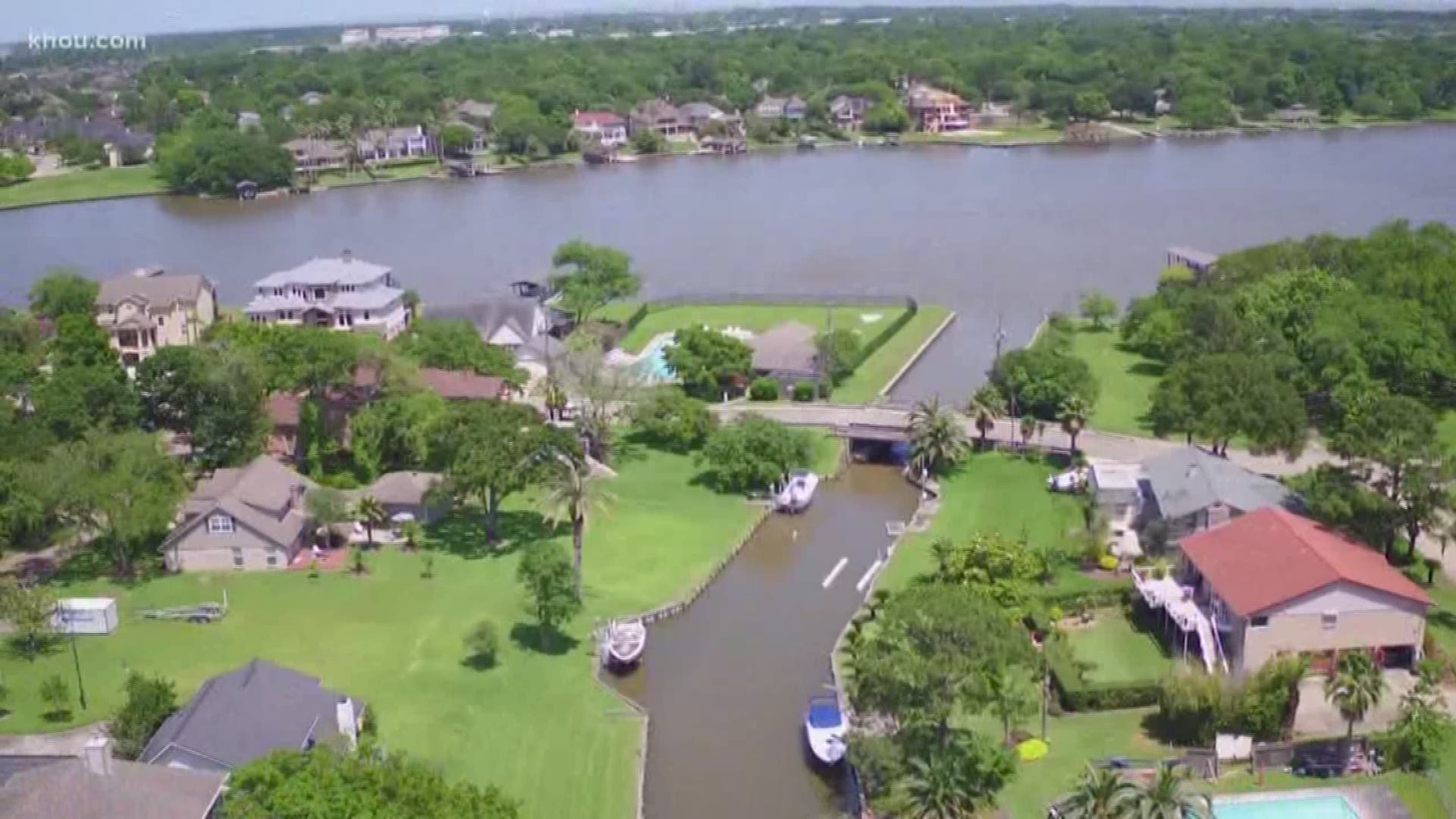 Space City back in the early 1960s captured the hearts and imagination of the entire world.

In many ways, that era and its legacies are still felt in one Clear Lake neighborhood where homeowners were once international celebrities.

What once used to be acres of farmland drew developers after the government announced Houston wold be home to the country’s manned space flight center.

And with that announcement came the astronauts.

Credit: KHOU
An aerial view of the Timber Cove neighborhood that used to be home to numerous NASA astronauts and employees.

Grissom and Schirras homes had no front windows—an intentional act meant to keep away the hordes of camped out camera crews that tried to peek through.

“(They) decided that they value their privacy,” said Deborah Griffin, a Timber Cove resident and a professor and historian. “They have beautiful views from the backyard.”

During each space mission—while the country waited anxiously for the astronauts’ safe return—residents in Timber Cove would gather at their neighborhood pool. The pool is even shaped like the first Mercury space capsule.

“When astronauts were safely back on planet Earth, people would gather at the pool and have a big party,” Griffin said.

But it was the Apollo moon missions in the 1960s that brought this community world-wide attention.

The Lovells—and subsequent owners—left behind mementos, including a magazine article about the family from 1967. Her display shelf even has a signed autograph from Lovell after Emmons sent a letter to Lovell and his wife.

It was followed by an impromptu visit.

“The doorbell rings and I open the door. Mr. Lovell says, ‘You don’t know me, but we used to live here,’” Emmons said.

Lovell was revered in the neighborhood. After a near-tragedy due to an explosion on his spacecraft, he arrived home to a solemn welcome.

“People lined the esplanade—both sides,” Griffin said. “They stood in silent testimony to not just honor the heroics of the astronauts, but all of NASA to get them home safely.”

Credit: KHOU
Sylvia Kinzler, wife of the late Jack Kinzler, said she has many fond memories of living in the Timber Cove neighborhood.

Another resident didn’t fly in space but was known as NASA’s Mr. Fix It. Jack Kinzler figured out how to plant the American flag on the moon’s surface.

Kinzler’s widow, Sylvia, said she has fond memories of the heyday of the moon landings and the neighborhood celebrations that came with them.

“It was fantastic,” Sylvia said. “It seemed like everyone was partying every weekend.”

Photos: 50 years ago, NASA put man on the moon

1 / 53
NASA
Astronaut Buzz Aldrin, lunar module pilot of the first lunar landing mission, poses for a photograph beside the deployed United States flag during an Apollo 11 Extravehicular Activity (EVA) on the lunar surface. The Lunar Module (LM) is on the left, and the footprints of the astronauts are clearly visible in the soil of the Moon. Astronaut Neil A. Armstrong, commander, took this picture with a 70mm Hasselblad lunar surface camera. While astronauts Armstrong and Aldrin descended in the LM, the "Eagle", to explore the Sea of Tranquility region of the Moon, astronaut Michael Collins, command module pilot, remained with the Command and Service Modules (CSM) "Columbia" in lunar-orbit.