United Airlines has teamed up with the Johnson Space Center to host science experiments and meet and greet with astronauts inside Terminal E. 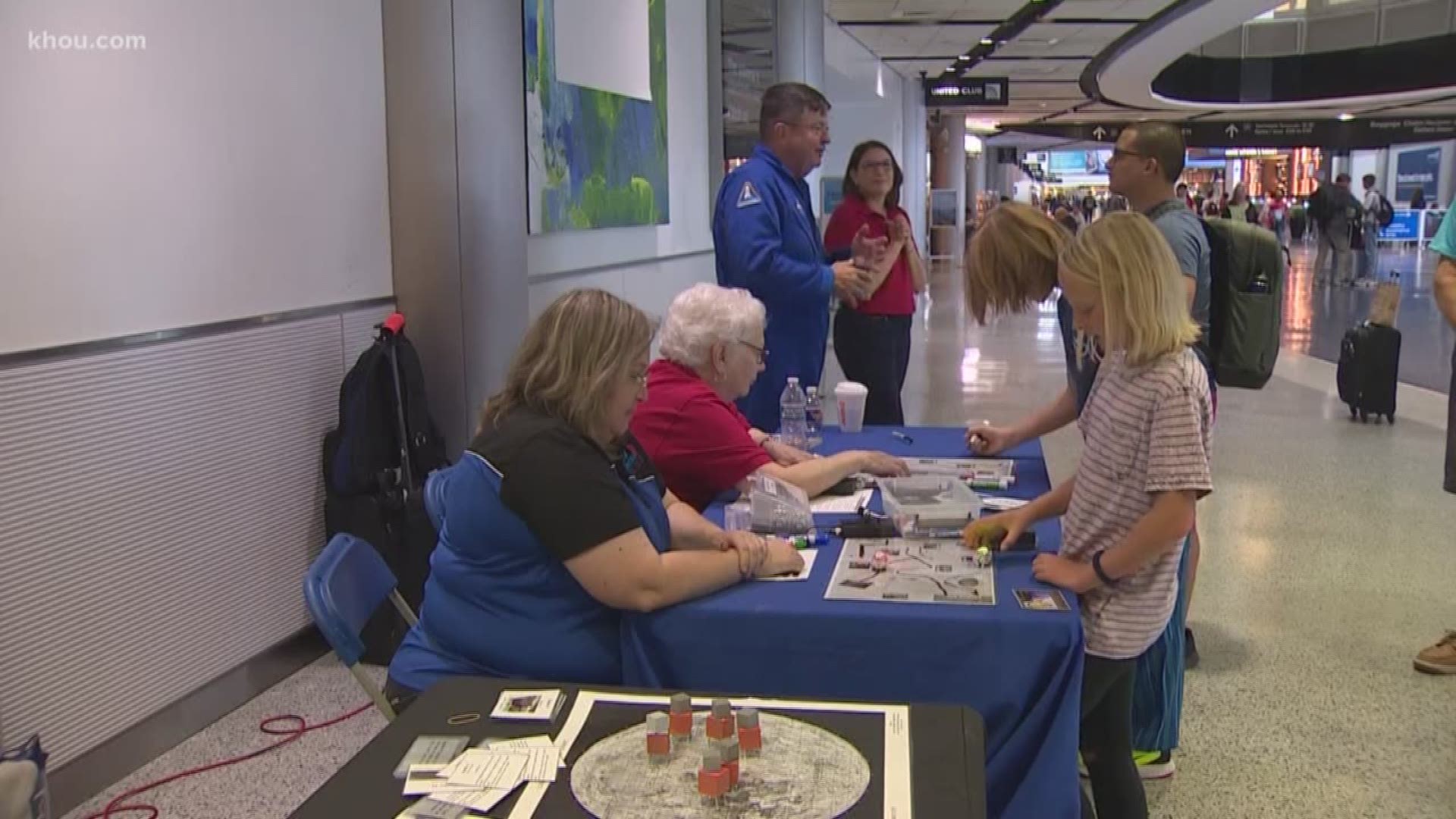 HOUSTON — If you’re headed through George Bush Intercontinental Airport, you may want to keep an eye out for NASA astronauts.

United Airlines has teamed up with the Johnson Space Center to host science experiments and meet and greet with astronauts inside Terminal E.

This is all happening as the space center gets ready to celebrate the 50th anniversary of the moon landing.

Lucas Pertierra stopped by the exhibit before traveling to Munich with his family.

“Well, I saw that sign over there, and we just saw several kids around so we just decided to see what it’s about," Lucas said.

At the event was Colonel Ken Cameron who flew into space on three separate occasions.

“Understanding the world is science," Col. Cameron said. “Fifty years since we landed on the moon with Apollo 11. We want to go back, and I think that same excitement needs to be transmitted to students so that they realize that exploration goes way beyond the state of Texas, or the United States or this planet.”

Alejandro Fraga stopped by the exhibit with his family while passing the time on a long layover.

“We were just finding our next flight, and it was fantastic to have this opportunity to meet an astronaut," Fraga said. "We didn’t expect it and then with the anniversary of the landing on the moon this month, I think it’s phenomenal. The boys are always interested in science and space."

“What we need is to start growing our engineers and scientists from middle school, maybe earlier to get them thinking that they can do some of these things," Col. Cameron said.

Travelers will have another chances to celebrate the Apollo 11 landing at Bush Airport leading up to the milestone anniversary.

Gov. Abbott warns Texans to be prepared ahead of tropical depression