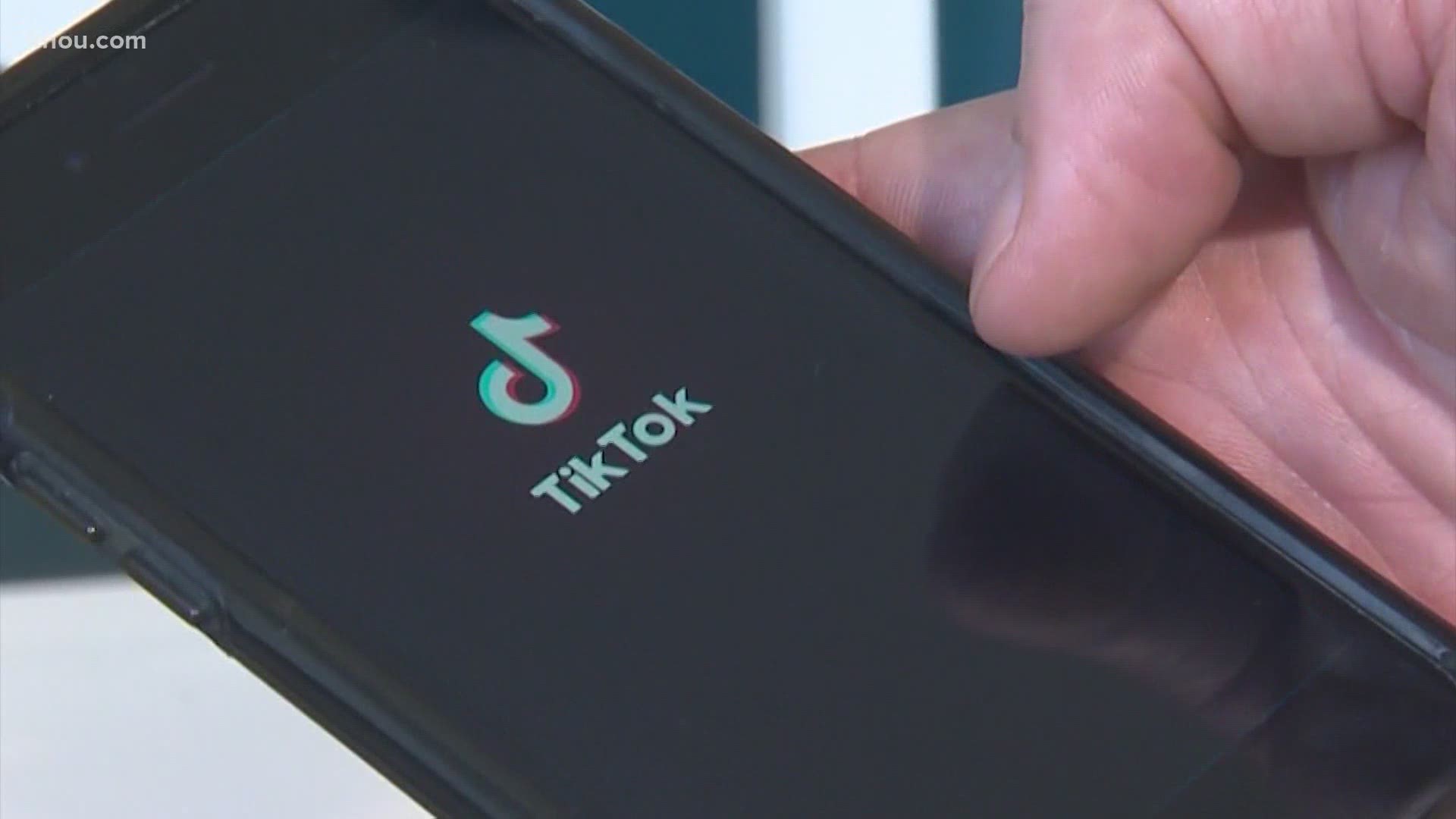 DALLAS — Updated at 9:50 p.m. with a Saturday statement from TikTok.

After saying Friday he would ban TikTok in the U.S. starting Sunday, President Donald Trump told reporters Saturday he has given the Oracle and Walmart bid for the popular short-form video-sharing app his "blessing," and said the deal would result in a new company called TikTok Global that will likely be based in Texas.

The news comes after Texas Gov. Greg Abbott tweeted Saturday that he pitched Trump on moving the TikTok headquarters to the Lone Star state.

"Today I talked to @realDonaldTrump about the @tiktok_us deal,” Abbott tweeted. “I let him know that if he approves the deal Texas would be the perfect place for the HQ. We’ll see. 👀”

Today I talked to @realDonaldTrump about the @tiktok_us deal.

I let him know that if he approves the deal Texas would be the perfect place for the HQ.

Trump told Bloomberg News that TikTok Global agreed to donate $5 billion to an education fund, which would mean the government would get a payment from the deal.

“They’re going to be setting up a very large fund,” Trump told Bloomberg. “That’s their contribution that I’ve been asking for.”

Interim head of TikTok Vanessa Pappas released a video on the platform Saturday night titled "TikTok is here to stay!"

"The outpouring of support for TikTok has been nothing short of humbling," Pappas says in the video. "Thank you to each and every one of you for sticking by us and finding a true community on this app. We are here for you- and we are here for the long run. That's why we're thrilled to share that we are working with a U.S. tech partner to ensure hat TikTok can continue to provide a home to each and every one of you- just as it does today with no change to our users here in the U.S. or around the world.

"We are incredibly inspired, grateful and proud of our community, and our teams are committed to keeping the app running just as you know and love it. So continue to share your daily moments that bring us all so much laughter, connectivity and joy. We are TikTok, we are on this journey together, and we are just getting started. Thank you."

The popular app (as of this writing, it's the fourth most downloaded app in the Apple App Store, and TikTok says it has 100 million U.S. users) has been embroiled in controversy in recent weeks.

The Trump administration announced Friday it would ban TikTok and WeChat from U.S. app stores Sunday out of concern for the Chinese-owned apps' data collection practices. Trump also said he wanted app owner ByteDance to fully sell TikTok's U.S. operations to an American company in order to mitigate those privacy and data concerns.

ByteDance recently struck a deal with California tech company Oracle that would reportedly do just that.

The move is Trump's latest salvo in his trade war with China. The administration has also blamed China-backed hackers for data breaches of U.S. federal databases and the credit agency Equifax.

TikTok said Friday it was “disappointed" in the move and called Trump's executive order "unjust."

TikTok has said it does not store U.S. user data in China and that it would not give user data to the Chinese government and does not censor videos per dictates from China.