Perspectives from wearing a personal body camera: Should you get one?

Body cameras are transparency and accountability tools for police officers. But what would one add to your life? 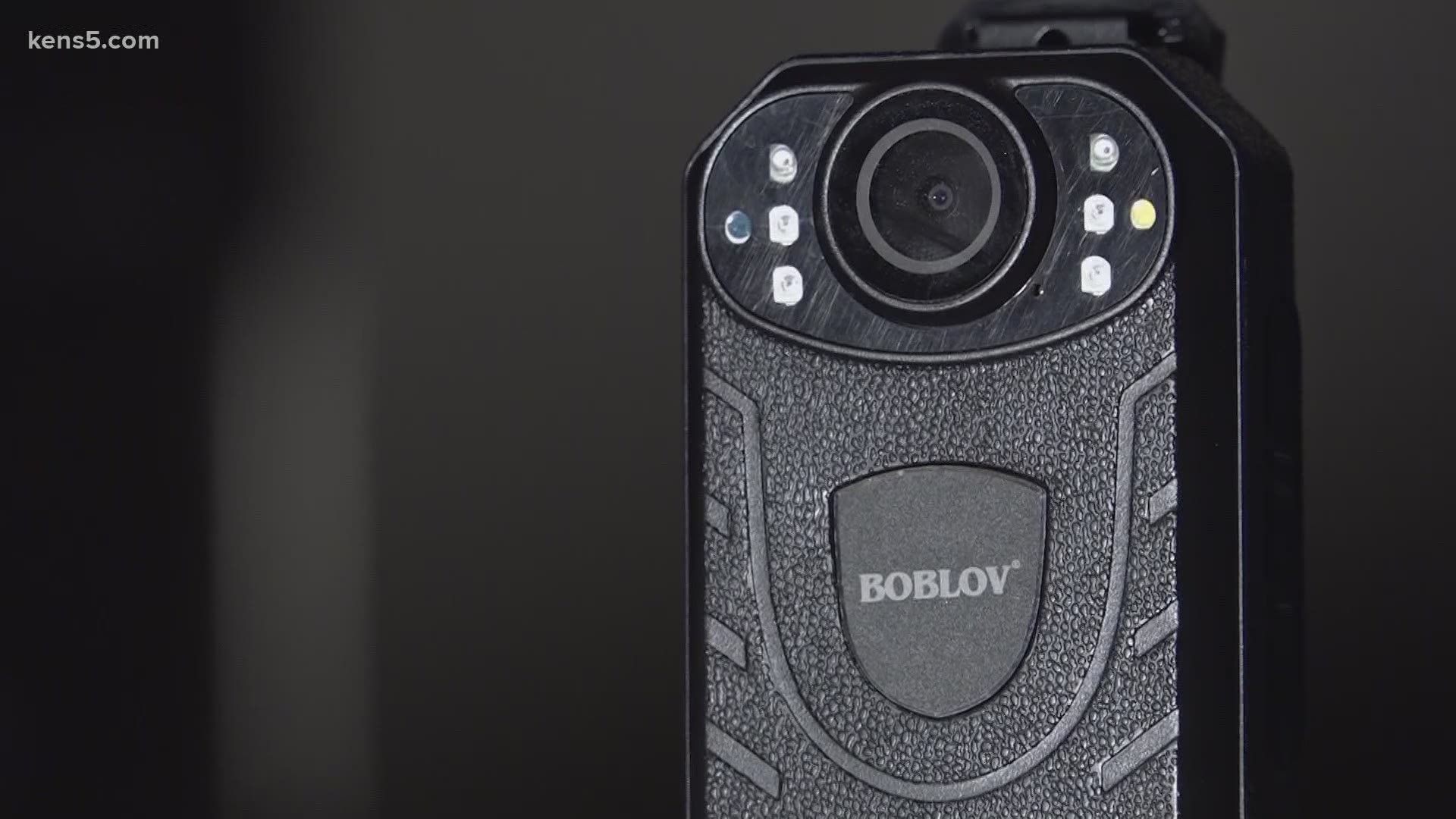 SAN ANTONIO — Most people associate wearing body cameras with law enforcement. But the market for hooking up a body camera to your person is not exclusive to police.

Personal body cameras are available for purchase online and in stores. KENS 5 bought two to see how they work in real life.

We asked four KENS employees to clip on the body camera and carry on with their lives in public places for legal reasons.

Kristin Dean is a Digital Executive Producer for KENS5.com.

"I could see people looking at it and thinking like, what is that?' Dean said.

The mother and wife meandered around for hours before someone finally asked what the device was. She explained.

Erin Rodriguez also is a digital producer.  The wife and mother also is news producer.

"Surely, if I showed up at my kid's school with that on, I would get questioned right away. And have some eyebrows raised," Rodriguez said.

Erika Walker is a news producer too. The millennial felt like the body camera stuck out lick a sore thumb.

"I was like ok, this is a little weird," Walker said.

Devin Stoops works as an IT specialist KENS 5. Like the others, it took time to get used to the camera and the public's reaction to it.

"So, it's like what kind of reaction will you get, and how will they receive it?" Stoops said.

San Antonio Police felt the same when they did their pilot for body cameras in 2015. Five years later, Police Chief William McManus believes most officers cannot see duty without them.

"I think if you ask any police officer," McManus said. "They wouldn't go on the street without one."

The body cameras are tools of transparency and accountability, McManus said. The cameras record perspective and behavior.

"So, it changes behavior on both sides of the lens," he said.

According to the chief, SAPD's body cameras are audited monthly. Wearing them means officers have to follow department policy.

The chief said they review video when citizens lodge a police complaint. McManus said footage goes under the microscope in critical incidents like so-called officer-involved shootings.

That video, per McManus, presents a picture but is only one part of SAPD's investigation.

"I think the hope was they would provide a new level of accountability and ability to review in real-time what occurred between a police officer and a citizen," Dr. Michael Smith said.

Smith is with the Criminal Justice Department at UTSA. He said about 50 percent of law enforcement have body cameras. The professor believes they provide great promise.

"There's an emerging body of research on their impact or their effectiveness," Smith said. "I think the bulk of that evidence suggests that they are effective."

Like McManus, he said the body camera is one view.

"It is an objective record by the same token," he said. "It's one perspective."

Personal body cameras work the same way minus the monthly audits and policies. Those who own and wear one operate under the guidance of the law.

Recording in places where a person expects a reasonable expectation of privacy is against the law.

Some of the cameras are bulky, but as long as there is battery life, recording can be continuous.

"You never know what could happen in the five seconds it takes for you to get your phone out, unlock it, and put it on camera," Walker said.

Rodriguez can visualize the camera's usefulness.

"I could definitely see where it would be helpful to have it on in certain situations," she said.

Stoops thought the instrument added a layer of security.

"I felt secure having in having it on me," he said. "Anything could happen."

Dean, Walker, and Rodriguez said the experiment was one thing. Owning the device was another.  It felt socially intrusive compared to a cell phone.

"It does hold you a little more accountable," Walker said.

Dean wondered where a civilian would store all of the recordings.

They all passed on the idea of including it in their regular lives. But Stoops said he might buy one.

McManus said there is nothing wrong with citizens having one.

"I think it's a personal decision people have to make," he said. "If it makes them feel better---by all means, wear a body camera."