The $110K simulator belongs to the Texas Association on Counties, and it replicates situations officers may encounter in the real world like texting and driving, loss of brakes and high chase pursuits. 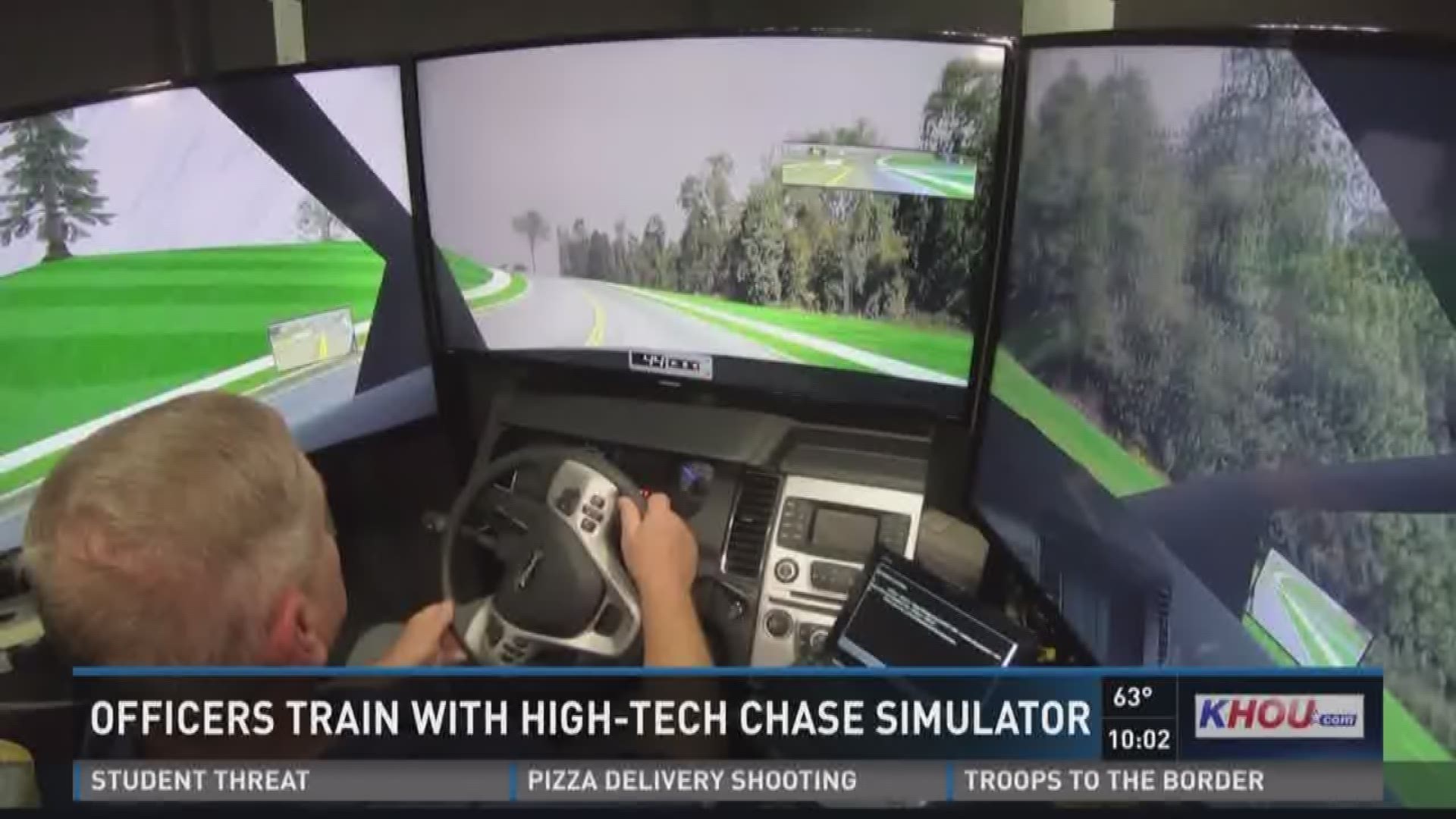 GALVESTON COUNTY, Texas — High speed pursuits between law enforcement and a suspect have become a dime a dozen in the Houston area, with at least four in the past two weeks alone.

These chases can be deadly; according to a USA Today investigation, nationwide a person is killed nearly every day. Since 1979, more than 11,500 people have died, almost half were not the fleeing driver.

Galveston County Sheriff Henry Trochesset, says these pursuits can start for any number of reasons, from a traffic stop to chasing a violent offender. Galveston protocol is to pursue all fleeing suspects.

“We don’t let them go,” said Trochesset. “Why are they fleeing from law enforcement in the first place?”

Some agencies, like the Houston Police Department, train for pursuits on their own tracks or special facilities.

“An agency our size doesn’t have a track or the facility to train employees, so technically when you get in pursuits it’s almost on the job training.”

But there are other options and this week Galveston deputies were able to train in a high-tech driving simulator.

The $110K simulator belongs to the Texas Association on Counties, and it replicates situations officers may encounter in the real world like texting and driving, loss of brakes and high chase pursuits.

“I’m been doing this for almost 13 years,” said Don Country, driving simulator consultant with TAC, “and I see a great improvement.”

The simulator may look like a giant video game but every aspect is designed to make the officer feel like they’re in the real world; from a working dashboard and air conditioner, to a seat belt and blinker, when simulating a life-and-death situation every detail matters.

“Not only is it the safety of the public, but it’s our safety as well,” said Sgt. Brent Cooley.