Abel has 20 motors under his human-like skin that allow him to show feelings just like us. 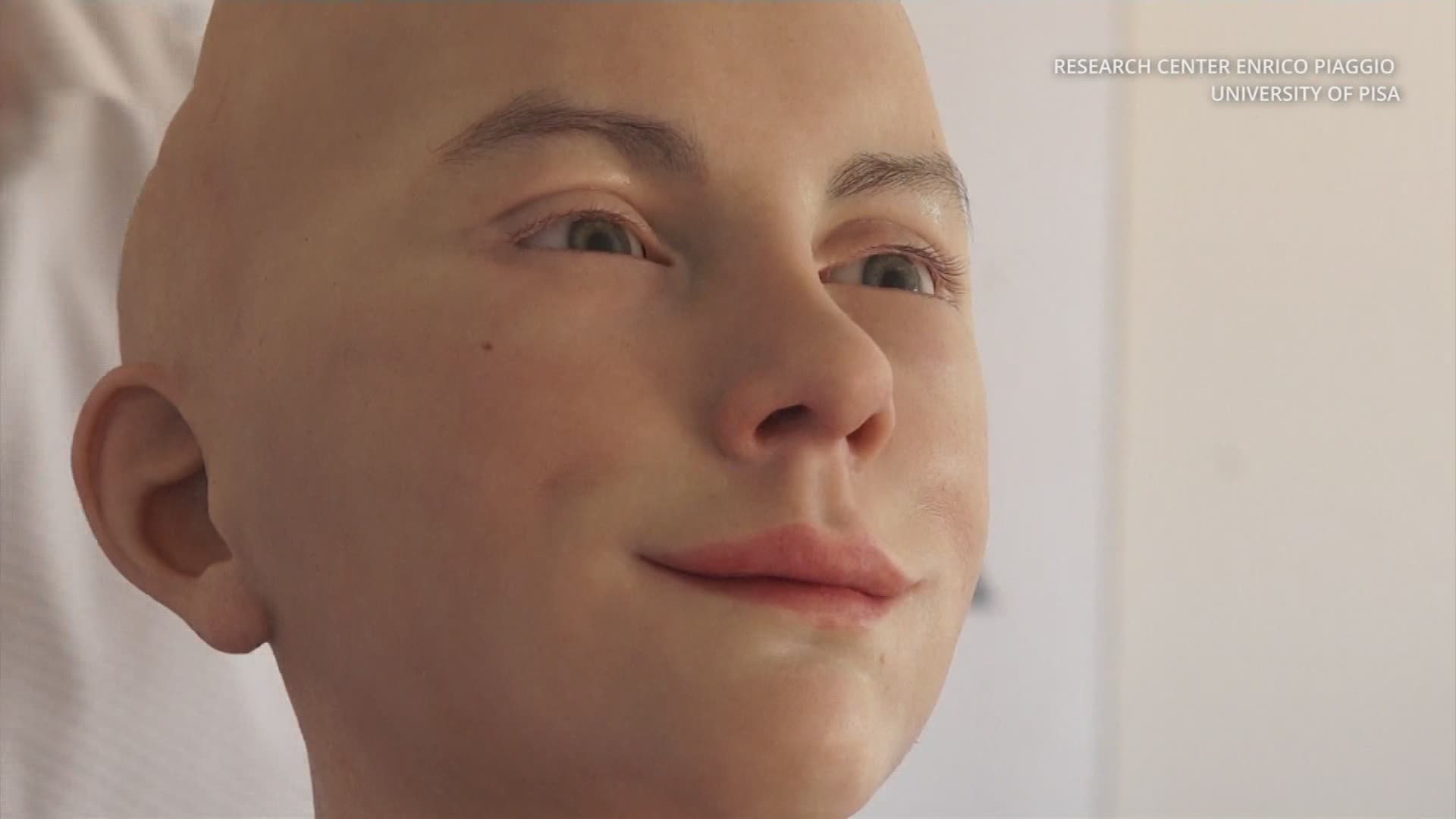 LONDON, UK — Scientists in Italy are working to create a robot that can detect all kinds of emotions.

The robot is called Abel, and it is learning to smile, snarl, and frown. Twenty motors under his artificial skin give the robot "emotions" just like us. Engineers hope someday Abel will be a friend for people with behavioral, social, or cognitive disorders like autism or Alzheimer's.

Researcher Lorenzo Cominelli says, "We want Abel to know how people are feeling - to keep them healthy, not just physically, but mentally and emotionally."

Right now, someone has to wear sensors for the robot to recognize their emotions. The next step may seem like something out of science fiction. Researchers say they want to give Abel a human brain with the help of tissue taken from stem cells.

Researcher Arti Ahluwalia says, "Organoids are basically an aggregate of stem cells which self-assemble and self-organize to resemble the structure and function of a mini-human organ." Scientists say that would allow Abel to read our expressions all on his own. And if they're successful, expect the team and Abel to look a bit smug.

Researchers acknowledge they are years away from their goal, but they believe Abel will one day not only be able to recognize emotions on his own but be able feel them too.