Here's how pedophiles trick your kids through video games

"I've seen kids as young as 6 sexually abuse their siblings at the demand of the predator," said an HPD officer. 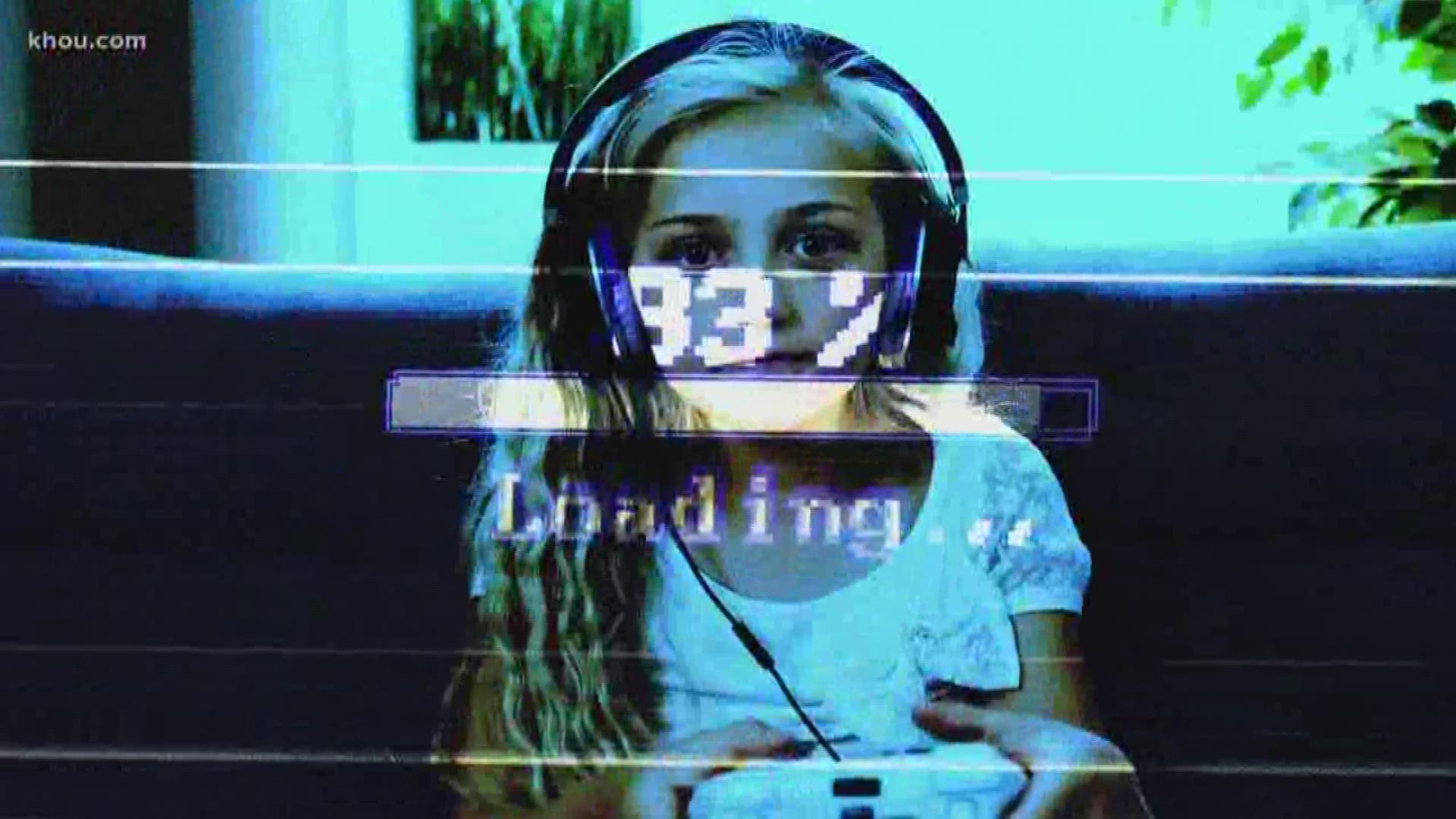 You're no longer limited to playing with one other person who is sitting right next to you.

"And you probably had to stay in your living room, right? Now, every kid has cellphones and iPads and we give them all this access to the world," said Houston Police Department Sergeant Luis Menendez-Sierra. 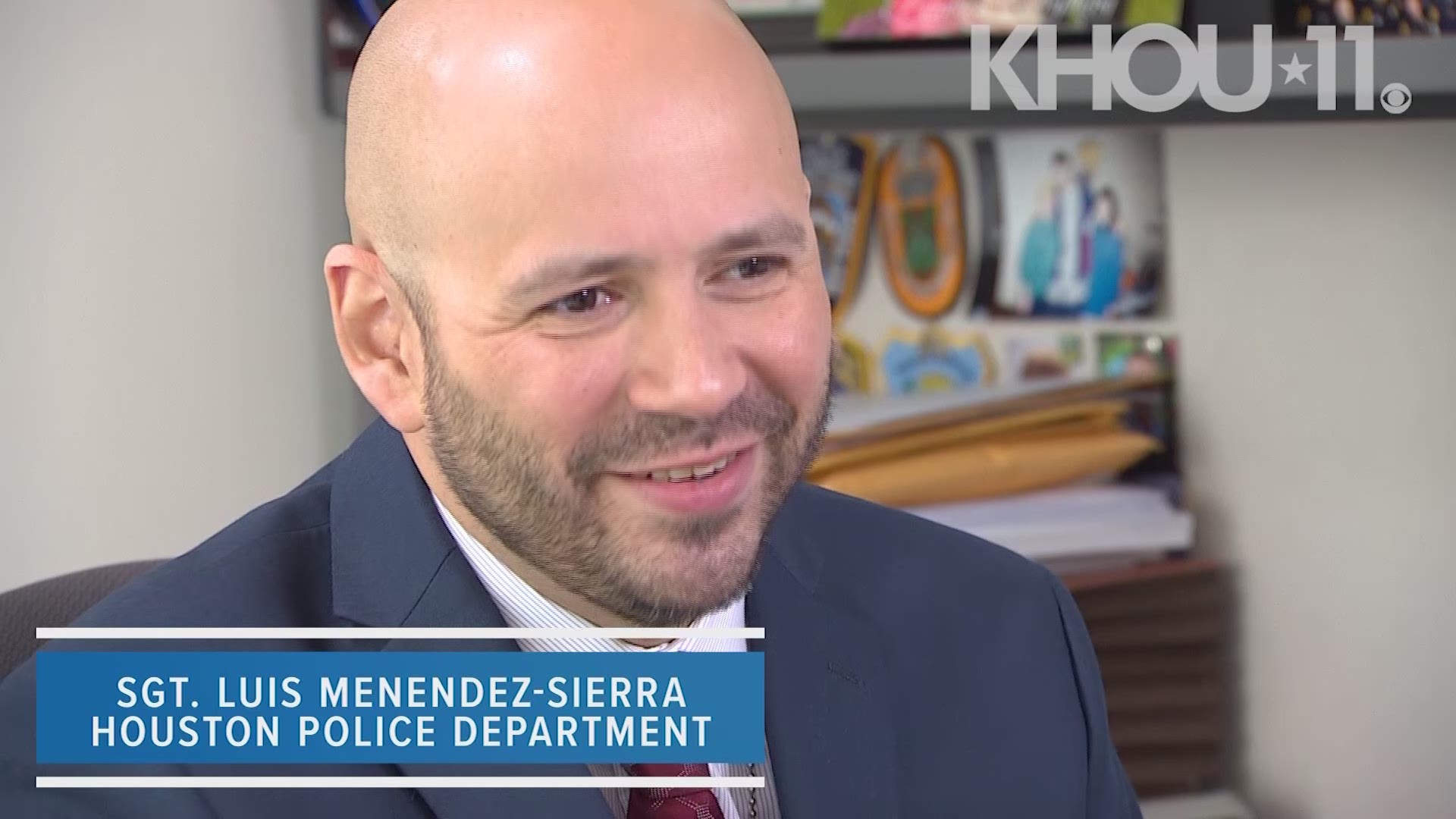 "The video games, parents kind of have this false, safe feeling. Oh, well he’s just playing a video game," said Menendez-Sierra. "But you don’t even think that some of these safe games that are tailored for children, specifically have dangers, because they have chat options, where they can chat with other people."

And not just text chats, which are offered in games likes Fortnite and Roblox. Video games like Minecraft now offer a voice chat option.

And while popular games offer a "kids only" version, videos posted on YouTube can walk you through ways to "hack" into a kid game server.

"You have to be cautious," urges the police sergeant. "Because just as easily as your child logged in as a 9-year old is as easy as I can go in there and pretend to be a 9-year old."

RELATED: YouTube turns off comments on videos that feature kids

While many parents know that pedophiles look for ways to interact with their children in video games, Menendez-Sierra explains how it all happens.

And it doesn't happen immediately. We're talking months that the predator is chatting with a child while pretending to be a kid, too.

"That’s where they develop that relationship. That’s where they develop that trust. Let’s say you’re playing with me, some game where we’re working as a team. You’re developing a relationship with that person where you begin to trust them. You say, you have my back, right? In the video game, not knowing that the ulterior motive is to get to your child."

AN EXAMPLE OF HOW THE ONLINE CONVERSATION PROGRESSES

Hey, how are you?

Where do you live?

Do you play often?

Do you have a boyfriend or girlfriend?

Have you ever done this or that?

Do you have another device where we can talk?

**it progresses from there**

"The next thing you know," says Menendez-Sierra, "inappropriate pictures are exchanged and that's where it barrels out of control."

A LOOK AT THE CASE LOAD

If you think conversations like that are rare, you're wrong. Menendez-Sierra says Houston police are tracking a 200% increase in cyber tips reported in the last three years. He reminds us that a lot of these cases start with that simple video game chat.

"Once they get that one picture, let’s say there’s a picture that’s inappropriate. That the child sends an inappropriate picture, they’ve gotten them, coerced them to do that? It can lead to exploitation."

Police have stacks of evidence that shows how the predator convinces the child to do outrageous things in an effort to get more photos.

"And once the child says, no, well guess what? I know everything about you. I know all your friends. I know all your family. I know what school you go to and I'm going to send them that picture you sent me before, if you don't send me a picture now."

Houston police detectives have seen horrific instances where children have even sexually abused their siblings at the demand of a predator.

"I've seen some as young a six," said Menendez-Sierra who is a husband and father.

He says a lot of the victims have no idea what's going on, because they're growing up in a #SelfieCulture, where it's normal to see adults and older children take photo and photo of themselves.

RELATED: Your social media habits are affecting your kids

WHAT CAN YOU DO TO PROTECT YOUR CHILD?

"You do have to pay for the good ones, and it’s worth every penny."

2) Make sure your child only plays the games in front of you.

3) Turn off wi-fi at night-- because kids can also access games through devices        distributed by their school, or from a pedophile who is worried communication      may be limited.

WHAT IF YOU FIND SOMETHING CONCERNING ON A DEVICE?

If you find something concerning on your child's device do not delete the content. Police need you to preserve as much evidence as possible. Take screen shots. Get user names. Save the chats. Do not respond to the person who is communicating with your child. Don't give them a reason to vanish. Collect as much information as possible and call police.

HOW TO LEARN MORE

Houston Police use NETSMARTZ when giving presentations to parents. There is also kid-appropriate training material for kids as young as kindergarten.

NETSMARTZ is a resource built by the National Center for Missing and Exploited Children which offers more resources AND offers the option for someone to make a CYBER TIP. You can also call in a tip about cyber crimes against children through a free 24-hour hotline: 1-800-843-5678.

Houston police are a part of this federal task force. You can learn more at ICACtaskforce.org

The FBI also offers online resources about all of the ways and reasons predators want to access children.