Houston is one of only four cities, along with L.A., Sacramento and Indianapolis, in Verizon's 5G rollout. 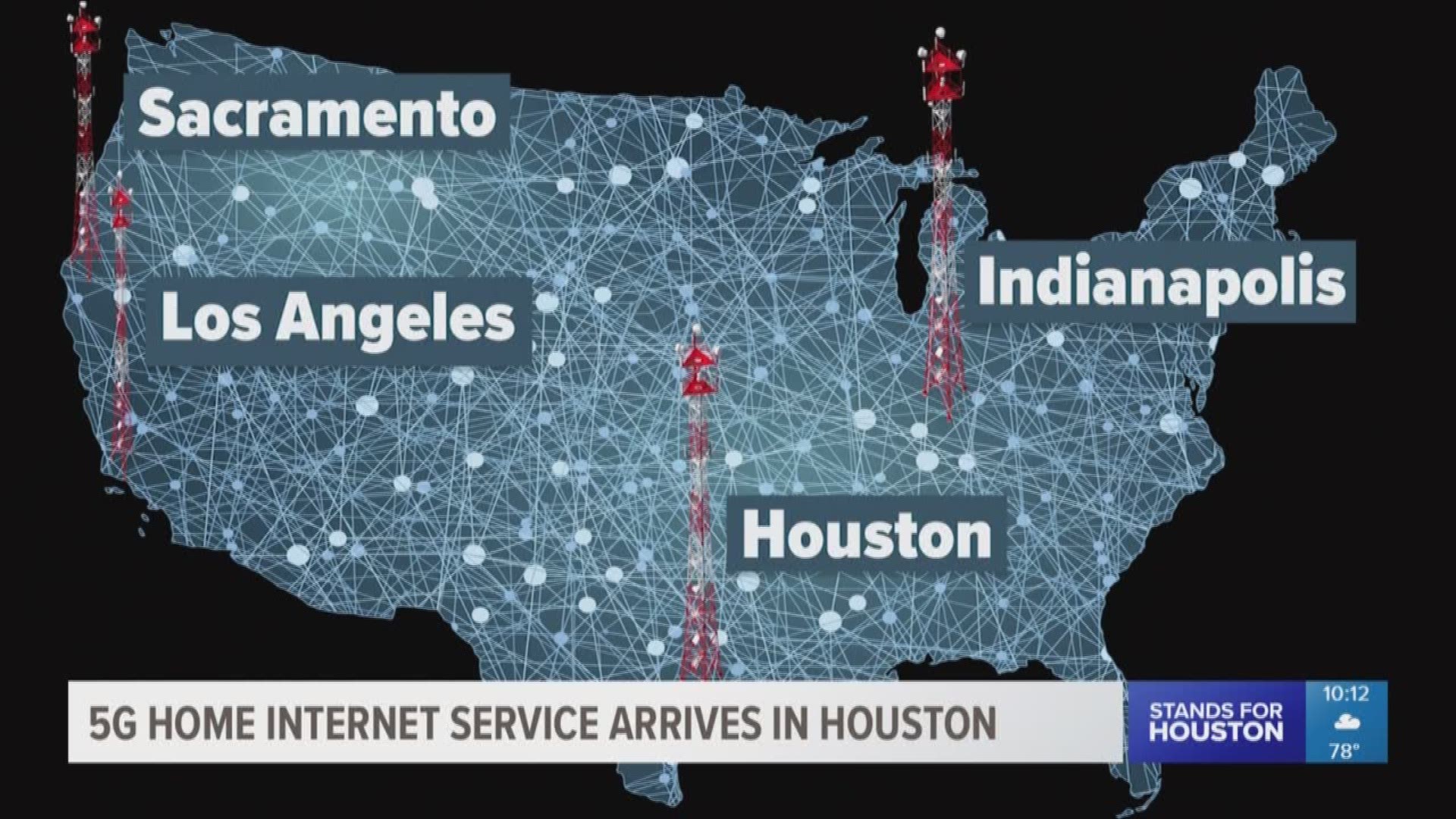 HOUSTON - When you think "cutting edge of tech," you probably don't think "Houston.”

But in this case, we're one of only four cities, along with L.A., Sacramento and Indianapolis, in Verizon's 5G rollout.

This is all about speed, and 5G is the fifth generation of wireless technology after 4G, 3G, etc. But for this rollout, we're not talking about cell phones. We're only talking about your home Internet.

Think of it like a highway: the more capacity you have, the more cars -- or in this case, phones, tablets, laptops, security systems, and more -- can operate at the same time without having to slow down.

That means lower odds your Netflix will freeze up or game will crash.

So where can you get it? A Verizon official told KHOU 11 News they're not announcing neighborhoods, but rollout will be limited and they'll "rapidly expand" the coverage area as they get the equipment.

You can see if your area is already covered by going to firston5g.com and typing in your address.

Verizon's not the only player in the 5G game. CNET reports AT&T wants to be the first to offer mobile 5G by year's end. T-Mobile is promising broad service next year, and Sprint and LG are promising the first 5G smartphone.