Houston teacher finds cute way to be with her students, in spirit 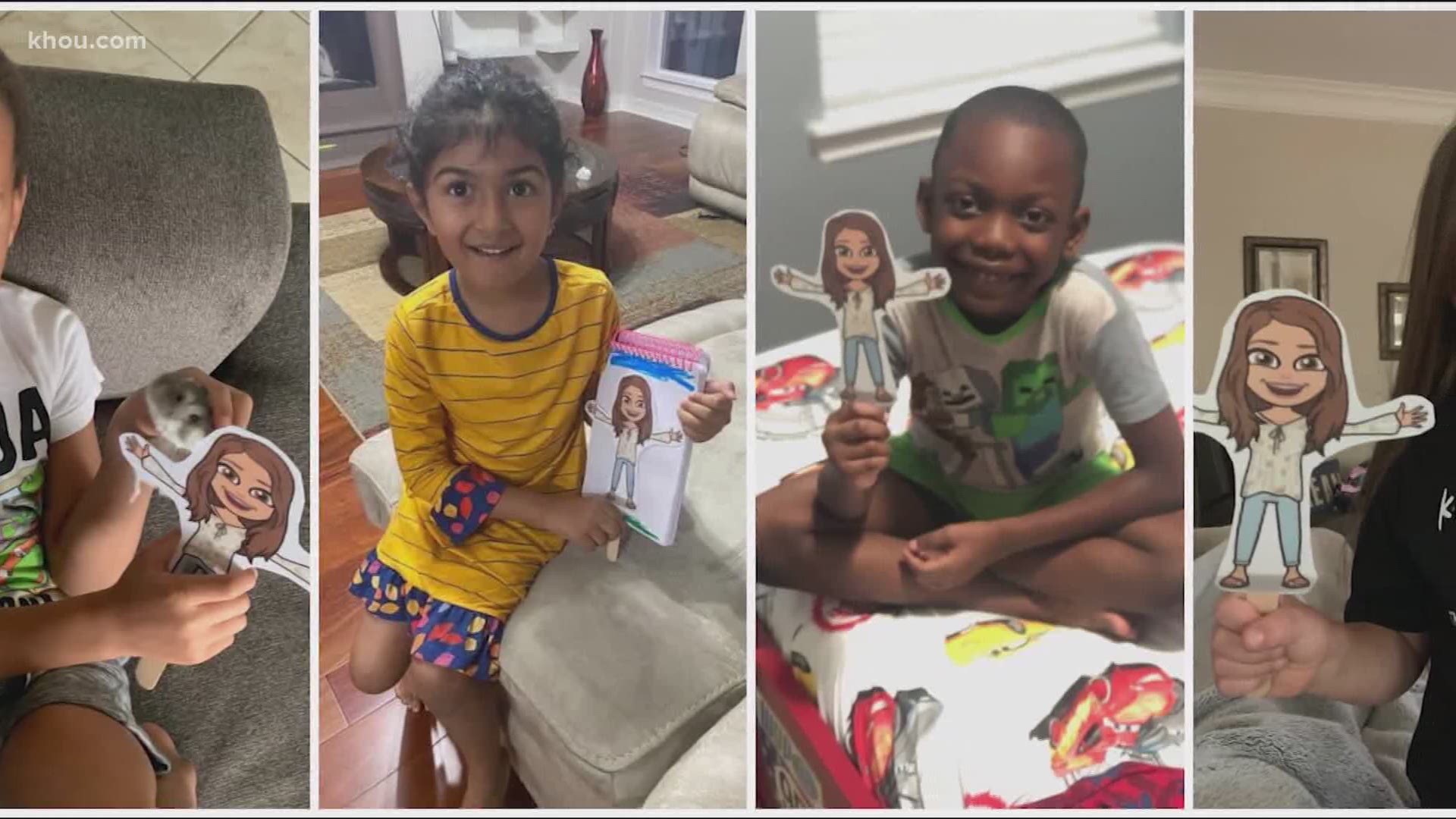 HOUSTON — We are Standing for Houston by celebrating the heroes who live Nextdoor. Teachers like Jennifer Martinez are going the extra mile. The Pearland educator just surprised her first-grade students with gifts to help with the new learning process.

A special shout out to Kimberly W. for sharing the story with us on Nextdoor.

That's where we also learned about a Kindergarten teacher in north Houston. She's using a craft project to connect with her class.

It works for her and might be a good idea for families who aren't yet or can't yet celebrate together, just yet.

Who remembers Flat Stanley? The book, Flat Stanley, was first published in 1964. It's about a man, Stanley, who is flattened. He makes the most out of his situation with adventure.

The Banff School teacher is inspiring 5-year-old explorers like Lorelai Sun. She received a flattened version of her kindergarten teacher in the mail.

Her mom says the addition to the family is a game-changer.

"She is an only child, so this is really important for her. It’s just mom and dad and her. So, she doesn’t really interact with anyone," said mother Kim-Ling Sun.

The idea's been passed around. Cagney says she saw it on social media when another teacher posted the idea.

Can't be there in person? OK. Here's a way to join the party, in spirit.

RELATED: No party? No problem! Your neighbors will parade by your home. Here's how to sign up for a birthday brigade

This story was pitched to KHOU 11 Reporter Melissa Correa on Nextdoor. To connect with Melissa on Nextdoor, click here.