Houston can wrap up the series Sunday in Chicago. 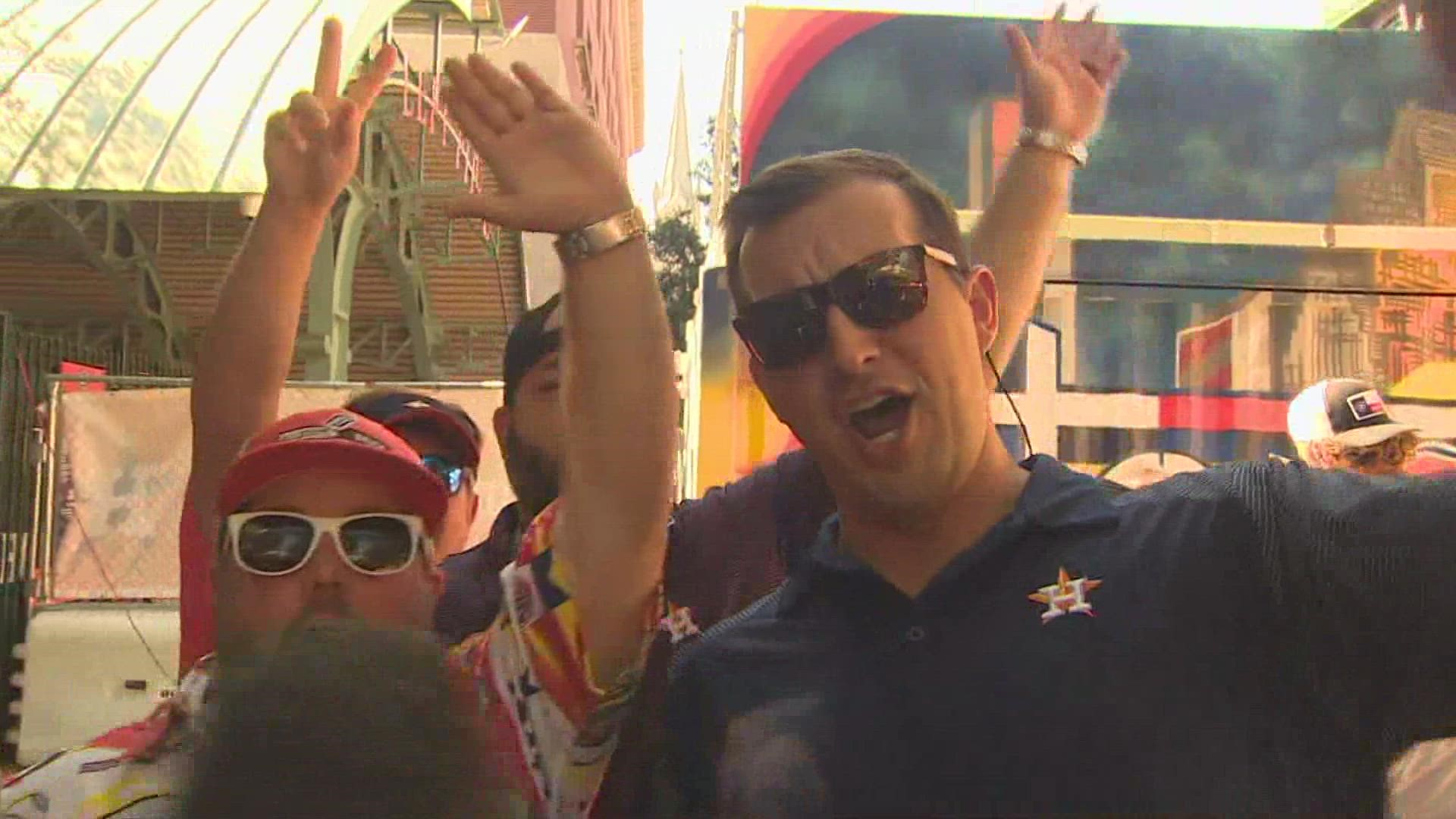 HOUSTON — Carlos Correa hit a two-run double during Houston’s five-run seventh inning, and the Astros beat the Chicago White Sox 9-4 for a 2-0 lead in their AL Division Series.

Kyle Tucker homered and drove in three runs as the Astros moved within one win of their fifth straight appearance in the AL Championship Series.

Alex Bregman had two hits and scored twice, and Jose Altuve made a couple of big plays. Game 3 of the best-of-five series is Sunday night in Chicago.

Below are highlights of the game

The White Sox got on the board first when they loaded the bases with one out. Elon Jimenez grounded into a fielder's choice, driving in a run.  White Sox lead, 1-0.

On the board early! pic.twitter.com/fdlaPCWb8s

The Astros came right back, though in the bottom of the second when Kyle Tucker drove in Yuli Gurriel with a single and then Chas McCormick's sacrifice fly plated Tucker, making it 2-1 Houston.

The White Sox tied it up when Luis Robert drove this long single to left, scoring Leury Garcia.

La Pantera ties it all up 👀 pic.twitter.com/MZ8wSiiqvH

Yordan in the clutch. pic.twitter.com/u3e38tnKiW

After Carolos Correa drove in two with an opposite field double, Kyle Tucker capped off the inning.

The Sox added two more in the inning, but then Yuli tied it up with this base hit, driving in two runs.

Reporter Melissa Correa was with Astros fans as they were getting ready for Game 2.