This follow two cases that were announced last week. 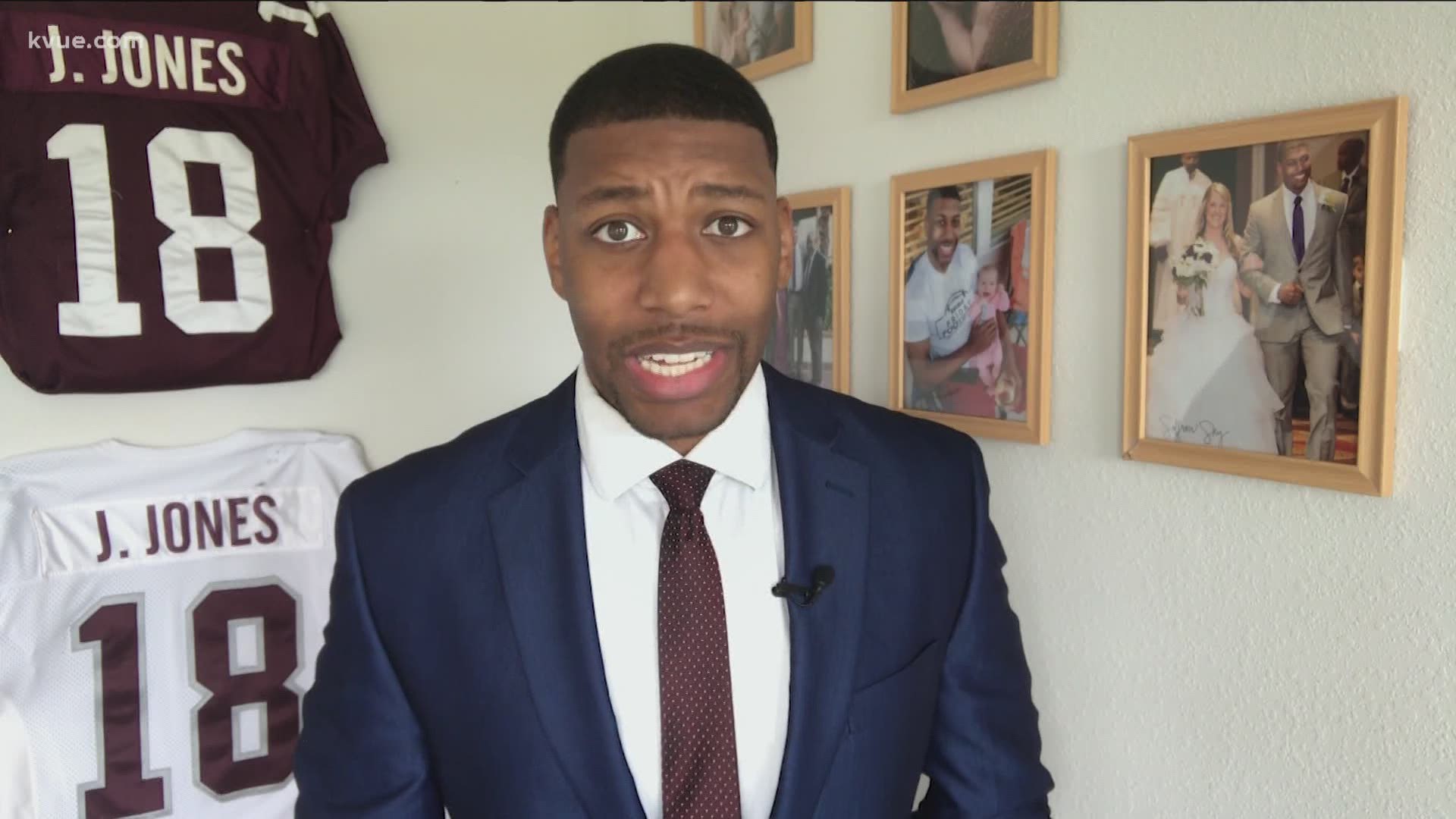 AUSTIN, Texas — Out of 58 football players who returned to the University of Texas, about two dozen are reportedly in self-isolation due to COVID-19

According to a report from our news partners at the Austin American-Statesman on Thursday, 13 football players have tested positive or are presumptive positive for the virus while 10 more are asymptomatic and in self-quarantine.

On June 10, UT officials confirmed two players tested positive for COVID-19 and reported that both of those student-athletes were self-isolating.

The university's full statement can be read below:

"Texas Athletics on-boarded 58 football student-athletes this week, two had positive COVID-19 PCR test results and one tested positive for the COVID-19 antibody, Executive Senior Associate Athletics Director for Sports Medicine and Performance Allen Hardin said on Wednesday. One of the student-athletes identified symptoms during pre-screening and was tested before arriving on campus, while the other two were tested during the on-campus screening process. Per Athletics Department protocol, their families have been notified and the two student-athletes with the COVID-19 virus are now self-isolating."

The names of the players who tested positive have not been released.

The news of these two players came as Texas reported its third straight day of record hospitalization numbers across the state – 2,153. Texas also reported a large number of new cases on June 10 – 2,504.

As it continues to announce plans for the upcoming fall semester, the university this week also announced that it will be requiring all students, faculty and staff to wear face masks on campus to prevent the spread of the virus.

UT Austin will require all students, faculty and staff to wear masks amid COVID-19

UT Austin professor discusses the reasons behind the Austin protests