Alex Bregman homered Houston's win. The Astros can close out the Rays Monday in St. Pete. 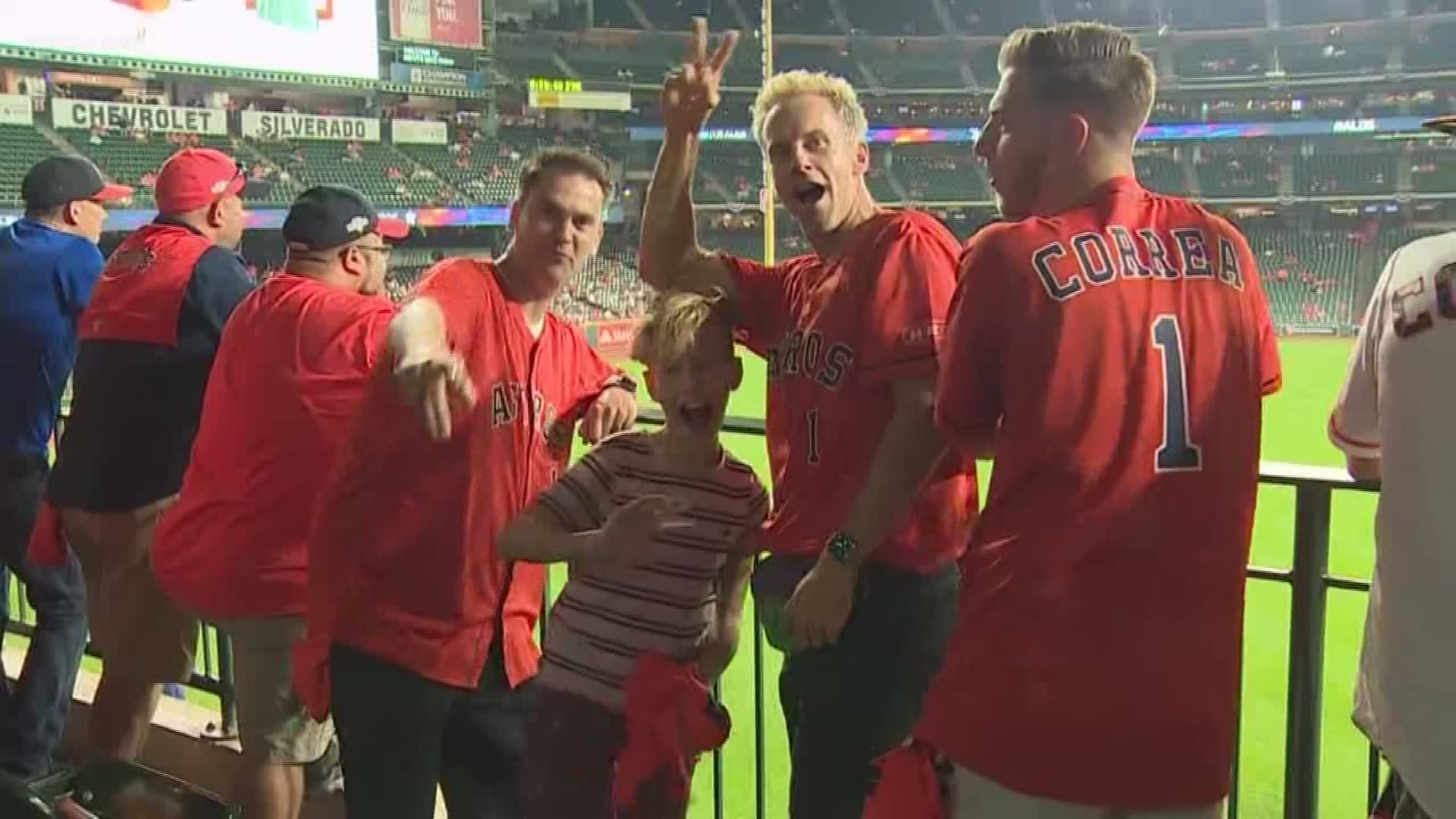 HOUSTON — Gerrit Cole carried his splendid September into an outstanding October and Alex Bregman handed fans chanting MVP the mighty swing they craved and the Houston Astros survived a wild ninth inning to beat the Tampa Bay Rays 3-1 on Saturday night for a 2-0 lead in their AL Division Series.

Cole, 5-0 with a 1.07 ERA in six starts last month, set an Astros postseason record with 15 strikeouts in 7 2/3 scoreless innings to win his franchise-record 17th straight decision. The 15 strikeouts tied for third-most in a postseason game, the highest total since Roger Clemens had 15 in the 2000 AL Championship Series for the New York Yankees against Seattle.

Cole (1-0), who led the majors with 326 strikeouts in the regular season, extended his major league record with his 10th straight game with at least 10 Ks. The Rays were unable to string anything together off of him on a night he induced 33 swings and misses — the most since MLB started tracking the stat in 2008 — and threw a career-high 118 pitches.

Kevin Kiemaier doubled with two outs in the eighth and Cole was lifted after putting on Willy Adames with Cole's first walk. The right-hander received a standing ovation as he walked off the mound and waved to the crowd just before he reached the dugout. Roberto Osuna took over and struck out Yandy Díaz to end the inning before running into trouble in the ninth.

Austin Meadows and Tommy Pham hit consecutive singles and Ji-Man Choi walked to load the bases. The Rays cut the lead to 3-1 when Avisaíl Garcia grounded into a forceout that scored Meadows. Osuna walked Brandon Lowe, reloading the bases, and Astros manager AJ Hinch brought in Will Harris.

Travis d'Arnaud worked the count full, then struck out on a high cutter, and Kiermaier grounded to first baseman Yuli Gurriel, who flipped to Harris, who stepped on first for the save.

Cole's performance came after fellow ace and Cy Young Award contender Justin Verlander pitched seven scoreless innings to lead the Astros to a 6-2 win in the opener on Friday.

Game 3 of the best-of five series is Monday in Florida.

There were no outs in the fourth when Bregman, who hit a career-best 41 home runs in the regular season, homered off Blake Snell (0-10. All seven of Bregman's homers have come off All-Stars, including two against Chris Sale and one each vs. Trevor Bauer, Clayton Kershaw, Corey Kluber and Kenley Jansen.

His shot gave the Astros a home run in 27 straight games, extending a franchise record.

After Lowe's error at second gifted Houston two runs in the opener, another error on helped in the seventh. Adames bobbled Gurriel's leadoff grounder to shortstop, then bounced the thorw to first. Carlos Correa doubled and Martín Maldonado blooped a run-scoring single to left.

Correa added a two-out RBI single off Nick Anderson in the eighth for a 3-0 lead.

Snell, the 2018 AL Cy Young Award winner, sat out from July 22-Sept. 17 after arthroscopic surgery to remove bone chips in his left elbow. He didn't get out of the third inning in any of his three September starts, but said he hoped to give the Rays five innings on Saturday. Instead he was lifted one batter after Bregman's homer, finishing with four hits and a strikeout in 3 1/3 innings.

Correa helped Cole out with a fantastic defensive play to start the game. Díaz led off with a grounder toward Correa, who grabbed the ball backhanded while on the run and spun around for the throw to Gurriel that just beat a sliding Díaz.

Roberto Osuna struggled in the ninth and was pulled with the bases loaded and just one out. The Rays have scored one run in the top of the ninth so far and now only trail 3-1.  Will Harris came in to close it out.  Astros WIN!

Gerrit Cole struck out his 15th batter of the game before being pulled with runners on first and second base and two outs. He came out to a standing ovation from the sold-out Minute Maid Park crowd.  In the bottom of the inning, Carlos Correa added to the Houston lead with a single to drive in Alex Bregman. Houston now leads 3-0.

Gerrit Cole has now struck out 13 Tampa Bay Rays through 7 innings!  The Astros added to their lead in the bottom of the inning when Martin Maldonado singled to drive in Yuli Gurriel.  Houston leads 2-0.

Gerrit Cole gave up a lead-off single, but that runner was erased on a strike-em-out, throw-em-out double play. Cole has held Tampa Bay scoreless through six innings.  In the bottom of the inning, the Astros were retired in order.  Houston still leads, 1-0.

For the second time tonight, Gerrit Cole struck out the side, giving him 10 for the game so far.  In the bottom of the frame, Houston put runners on first and third after a Kyle Tucker walk and Martin Maldonado single, but George Springer struck out on three pitches and Jose Altuve grounded into an inning-ending double play.  Still 1-0.

Three up, three down again for Tampa Bay.  Gerrit Cole has retired 12 of 13 batters he's faced so far.  He's struck out seven batters so far.  Alex Bregman led off the bottom of the fourth and delivered a 3-2 Blake Snell offering into the Crawford boxes for a home run!  Astros lead 1-0.

Gerrit Cole put the Rays down in order for the second straight inning.  The K counter is now at 6.  Jose Altuve had a double in the bottom half of the inning, but was left at second when Michael Brantley ended the inning with a strikeout.  We're still scoreless.

Gerrit Cole struck out the side in the second, giving him five strikeouts in six batters faced. In the bottom of the inning, Yordan Alvarez and Yuli Gurriel had back-to-back singles, but were stranded when Kyle Tucker flied out deep to left-center.  Still scoreless.

Gerrit Cole pitched a scoreless first inning, striking out one and giving up one hit. The inning was highlighted by Carlos Correa going deep in the hole to rob Diaz of a base hit.  In the bottom half of the inning, Houston went down in order.  No score.

RELATED: Give it up for the Houston employers embracing the MLB postseason