From Chesapeake, Holloway was the reigning world champ. He faded down the stretch and a Jamaican won. 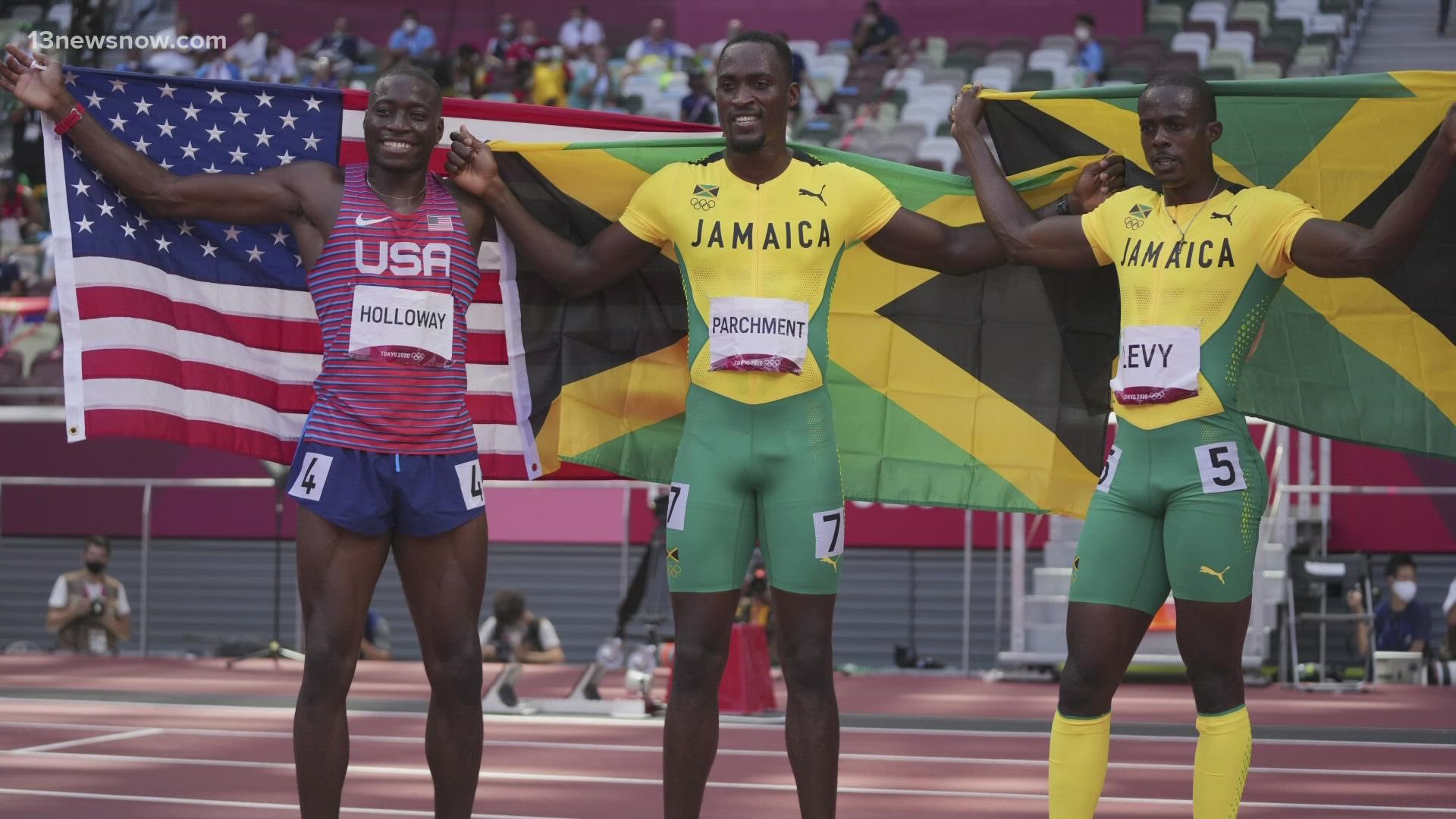 TOKYO, Japan — In the Olympic final for 110-meter hurdles, Chesapeake's own Grant Holloway bolted out of the starting blocks for a big early lead, just like normal.

He was the heavy favorite in this event, but Olympic gold is never a sure thing.

The Grassfield High School grad faded down the stretch to finish second.

Holloway will be taking home silver with his time of 13.09 seconds. Jamaica's Hansle Parchment won gold with a time of 13.04 seconds.

Holloway had not lost a race this season and was the reigning world champion in the 110-meter hurdles. He was not perfect over the last barrier in the finals, and it cost him.

It was the first Olympics for Holloway, who is 23 years old.

Olympic gold is never a sure thing