It was an “almost lifetime” contract. But there’s one problem: Rice threatens to sue because Bill Peterson is breaking their contract. 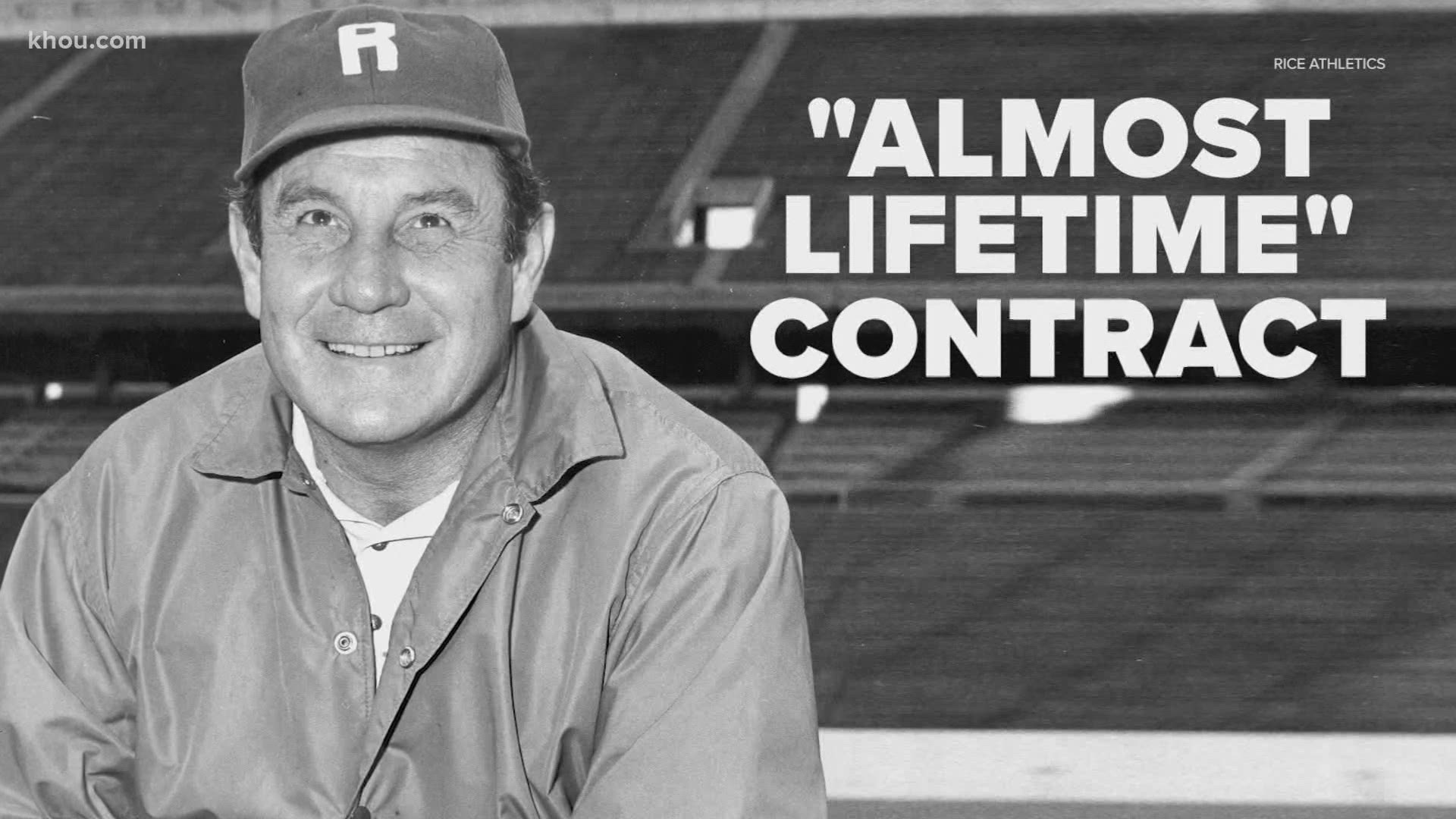 HOUSTON — It’s a contract which sounded too good to be true, but it was a heck of a deal for one guy.

Let’s go back to December 1971. The Oilers need a new head coach — again — and find their man at Rice University. His name: Bill Peterson, who’s credited with bringing the pro passing game to college football. He claims the Oilers are offering him an “almost lifetime” contract.

That’s right: an “almost lifetime” contract. But there’s one problem: Rice threatens to sue because Bill is breaking their contract.

In the end, Rice lets Peterson go, and he begins his next chapter with the Oilers.

What’s an “almost-lifetime” contract? Reportedly, it’s somewhere between 10 and 15 years and will pay Bill Peterson more than $1 million.

"The Last Oiler Coach" lasts less than 22 months. He’s fired after only one win and 18 losses.

Poor Bill Peterson never coaches again. But he’s also a “rich” Bill. He continues to be paid by the Oilers, according to “NFL Head Coaches: A Biographical Dictionary, 1920-2011” by John Maxymuk.