They will have games this season in nine states, as well as Canada. In less than five months, they’ll drive almost 15,000 miles! 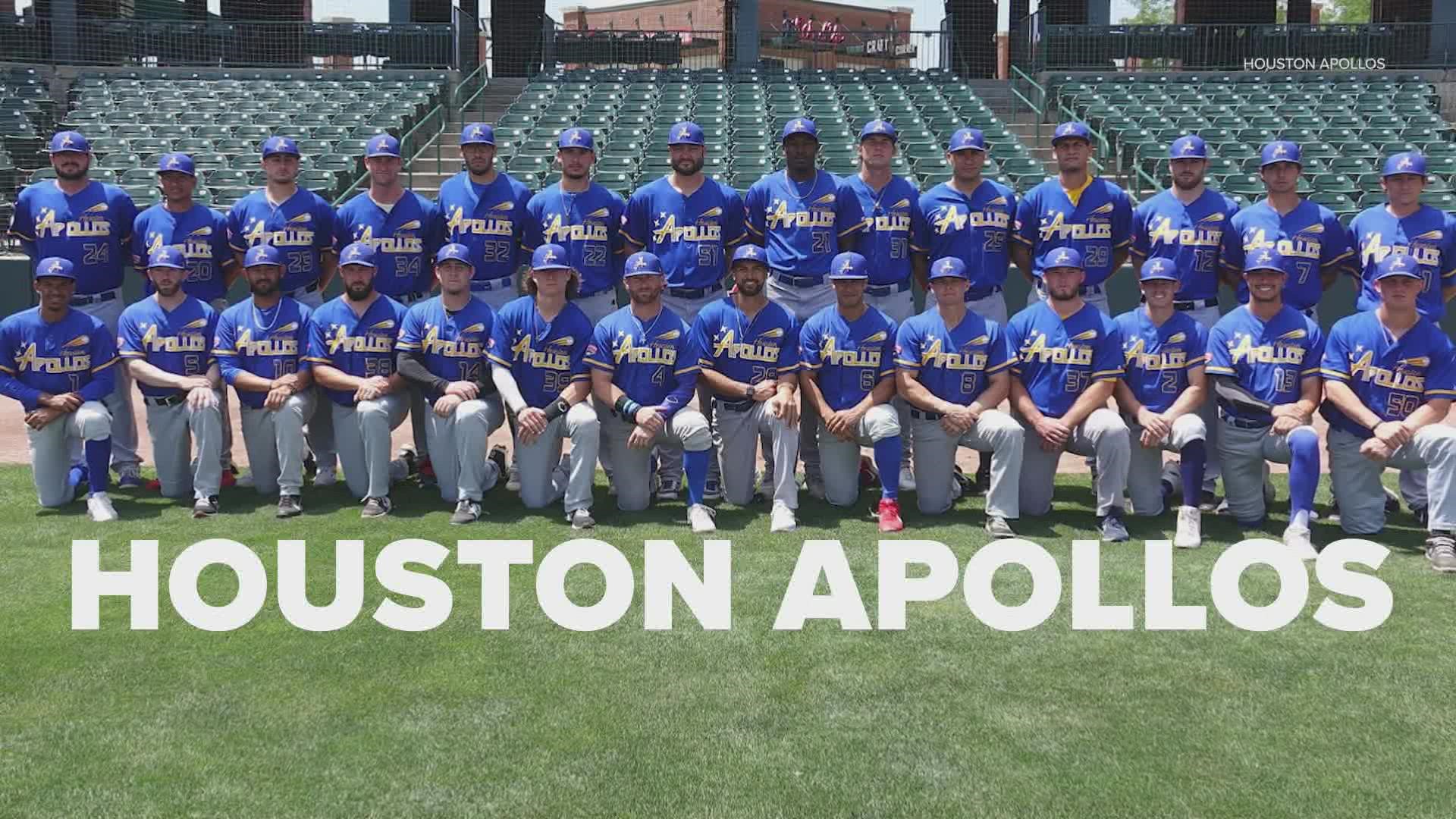 A trip around the bases. Yeah, they’ve done that. Along with trips to Illinois, Nebraska, North Dakota, South Dakota and Wisconsin.

It’s May 18, 2021. The Houston Apollos pro baseball team launches into its first road trip of the season. A trip lasting…the entire year!

The Apollos are a travel team in the American Association, an independent league, and…

“Every year, they have an odd number of teams, for scheduling purposes, they need another team," Andrew Dunn, owner of the Apollos, said.

The teams has played in various leagues throughout the years.

They will have games this season in nine states, as well as Canada. In less than five months, they’ll drive almost 15,000 miles!

Adding insult to itinerary, the Apollos have endured a 17-game losing streak. And then, having the name "Houston?"

“You can just hear the trash cans, just ‘bam!’ Just banging every trash can yelling, yelling out curveball…but we get it quite a bit, you know?” manager David Peterson said.

While the Apollos have been beaten up (they’re in last place), they’ve never given up. Seventeen of their losses have been by just one run.

“We don't leave the hotel every day expecting to lose if that makes sense,” said Peterson. “We keep that arrogance and just try to play hard and all that good stuff. It definitely has worn on guys a little bit and it's been tough."

The Apollos play only ‘road’ games. A strange but true Houston sports story.