Strange but true: 'Bonnie and Clyde' tops Battle of the Sexes

It was a monumental tennis match, but it didn't dominate the TV airwaves that night. 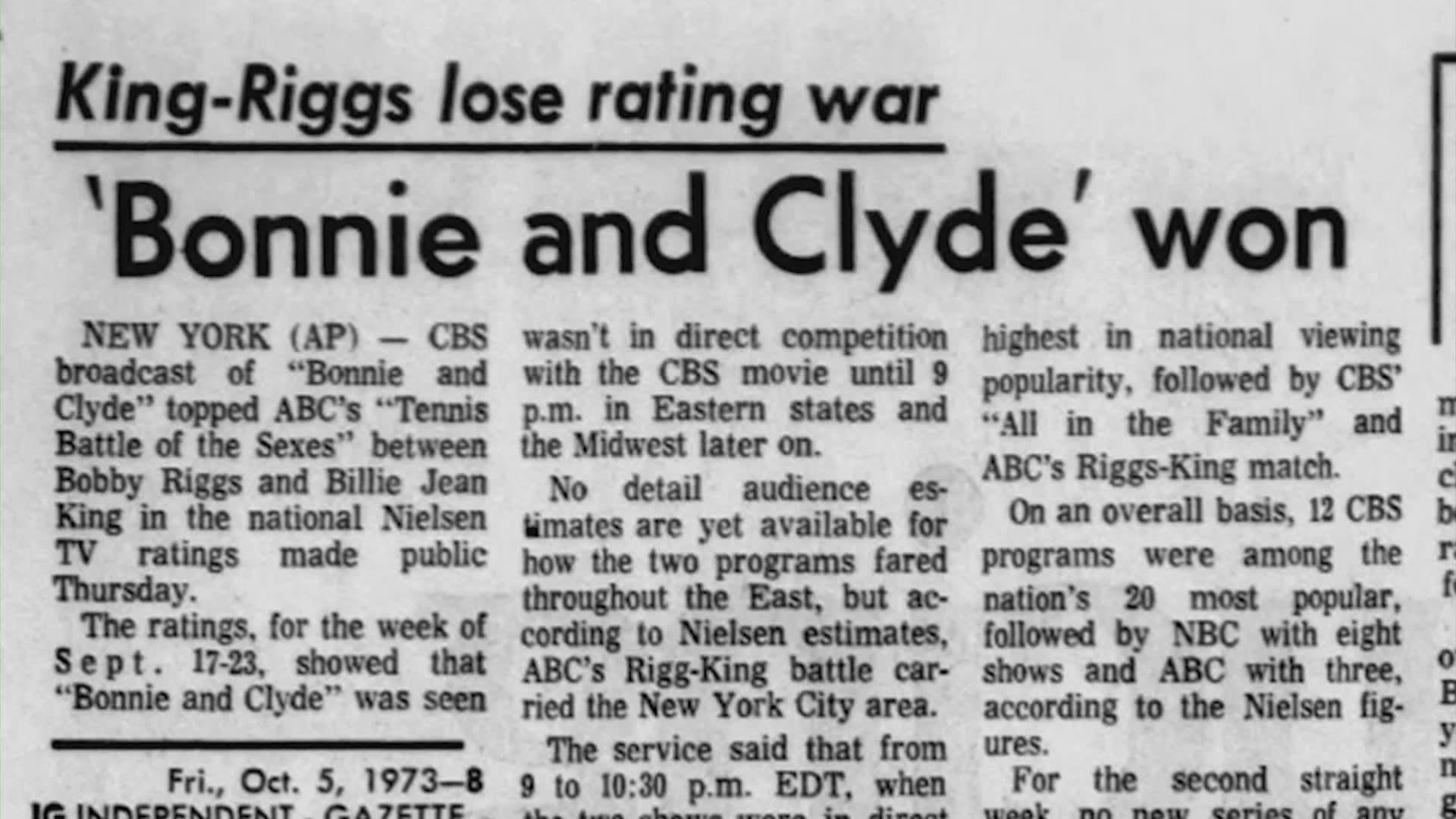 HOUSTON — She beat Bobby. But could she best Warren Beatty and Faye Dunaway?

It’s one of the most famous sporting events of all time. So, yes, it was big. But on TV, it might not have been as big as you may think.

The Battle of the Sexes happened on Sept. 20, 1973. Inside the Astrodome, Billie Jean King won one match for all women, trouncing Bobby Riggs, the “world’s No. 1 male chauvinist pig” in front of 30,472 fans. At the time, it was the largest crowd ever for a tennis match.

And what about all those people at home, around the world, watching on TV? It must have been like the Super Bowl, right?

The day after the match, ABC claimed about 45 million people in the country tuned into its broadcast.

It was a winner, but it wasn't the ultimate champion of the night.

When the ratings were released two weeks later, the most-watched program of the night wasn't Riggs vs. King, it was Bonnie and Clyde, the 1967 film featuring Warren Beatty and Faye Dunaway, which aired on CBS. It was the film's first TV showing.

The surprising final score: Bonnie and Clyde 22.2 million homes to the Battle’s 18.6 million.

Bonnie and Clyde top the Battle of the Sexes, definitely a strange but true Houston sports story.