Bo Belinsky and Jo Collins ended up getting married and later divorced. 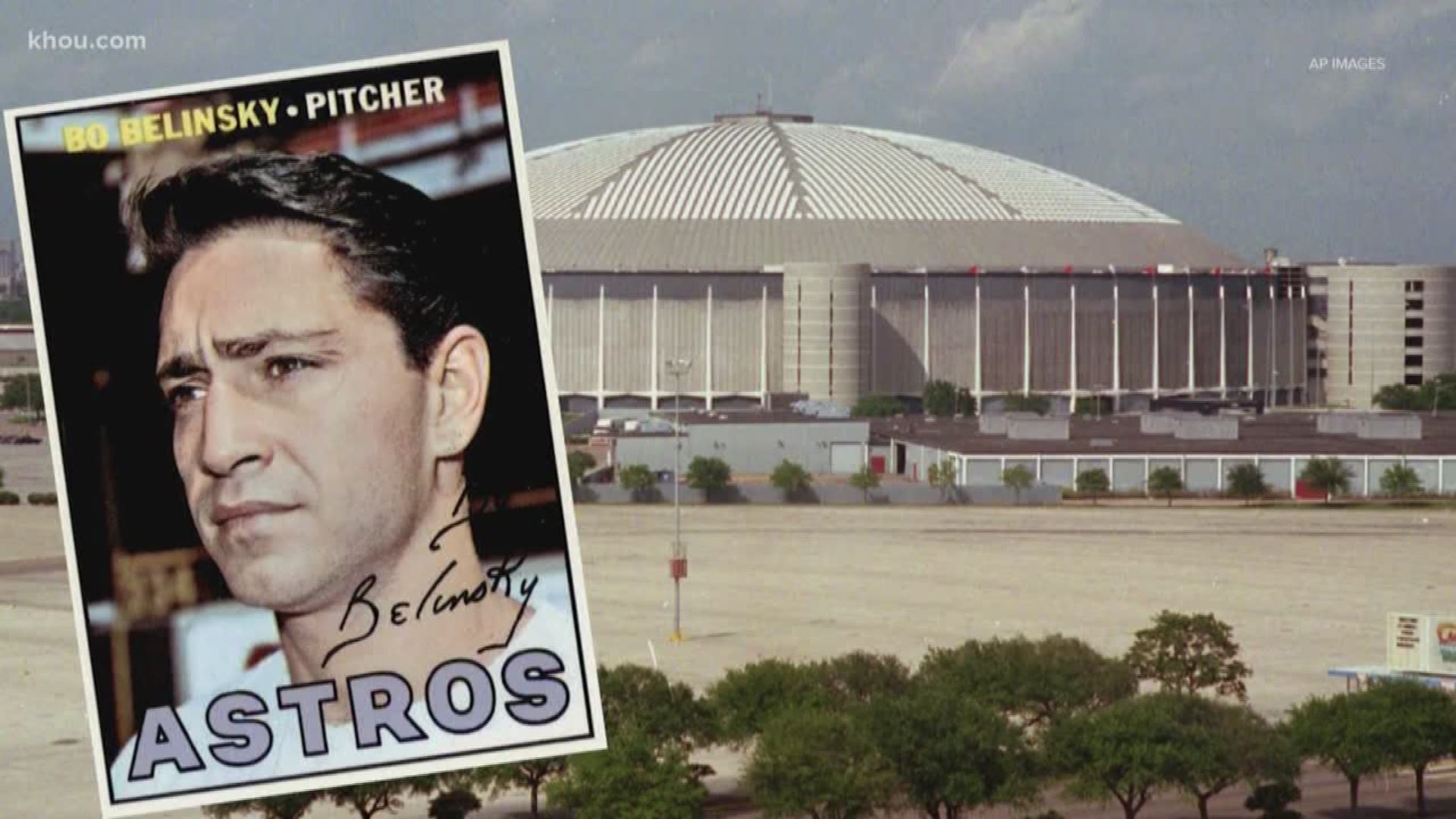 HOUSTON — A late-night date with a Playboy playmate marked the end of one player’s time with the Houston Astros.

He was a pitcher best known for playing the field.

During the 1960s, Bo Belinsky was baseball’s playboy. After throwing a no-hitter for the Los Angeles Angels in 1962, Belinsky was an instant celebrity in Los Angeles and he also started dating some of Hollywood’s most beautiful women.

Credit: ASSOCIATED PRESS
Bo Belinsky pitching his no-hitter for the Los Angeles Angels against the Baltimore Orioles on May 5, 1962 in Los Angeles. (AP Photo/Harold Matosian)

By the time Belinsky reached the Astros, though, he was a below-500 pitcher.

Bo was with Jo Collins, a former Playboy Playmate of the Year.

A couple of weeks into spring training in Cocoa Beach, Florida, Belinsky went to Astros management with a request: 'Can I stay out with Jo until 3 in the morning?' Houston general manager 'Spec' Richardson told Belinsky curfew in the Astros' dorms is midnight – no exceptions.

Credit: ASSOCIATED PRESS
Bo Belinsky, Los Angeles rookie pitcher, gives out with a big smile after he blanked the Boston Red Sox with a two hit 1-0 victory at Fenway Park, Sunday, May 21, 1962 in Boston. The rookie southpaw, whose achievements include a no-hitter, threw out six batters himself as he boosted his record to 6-1 as only three balls traveled to the outfield. (AP Photo/Bill Chaplis)

The next day, Bo chose Jo over his job.

Belinsky left the team and Collins left her nearby hotel.

The Astros suspended Belinsky – who claimed his call wasn’t for a date; rather he and Jo had to work on some ‘personal' problems - and he never again pitched for Houston.

That's the tale of the Playmate and the curves which cost a playboy named Bo Belinsky a spot on the Astros. It's another strange but true Houston sports story.