What you need to know is this - a hitter can now train by testing himself against the best pitchers in the game without actually being in a game. 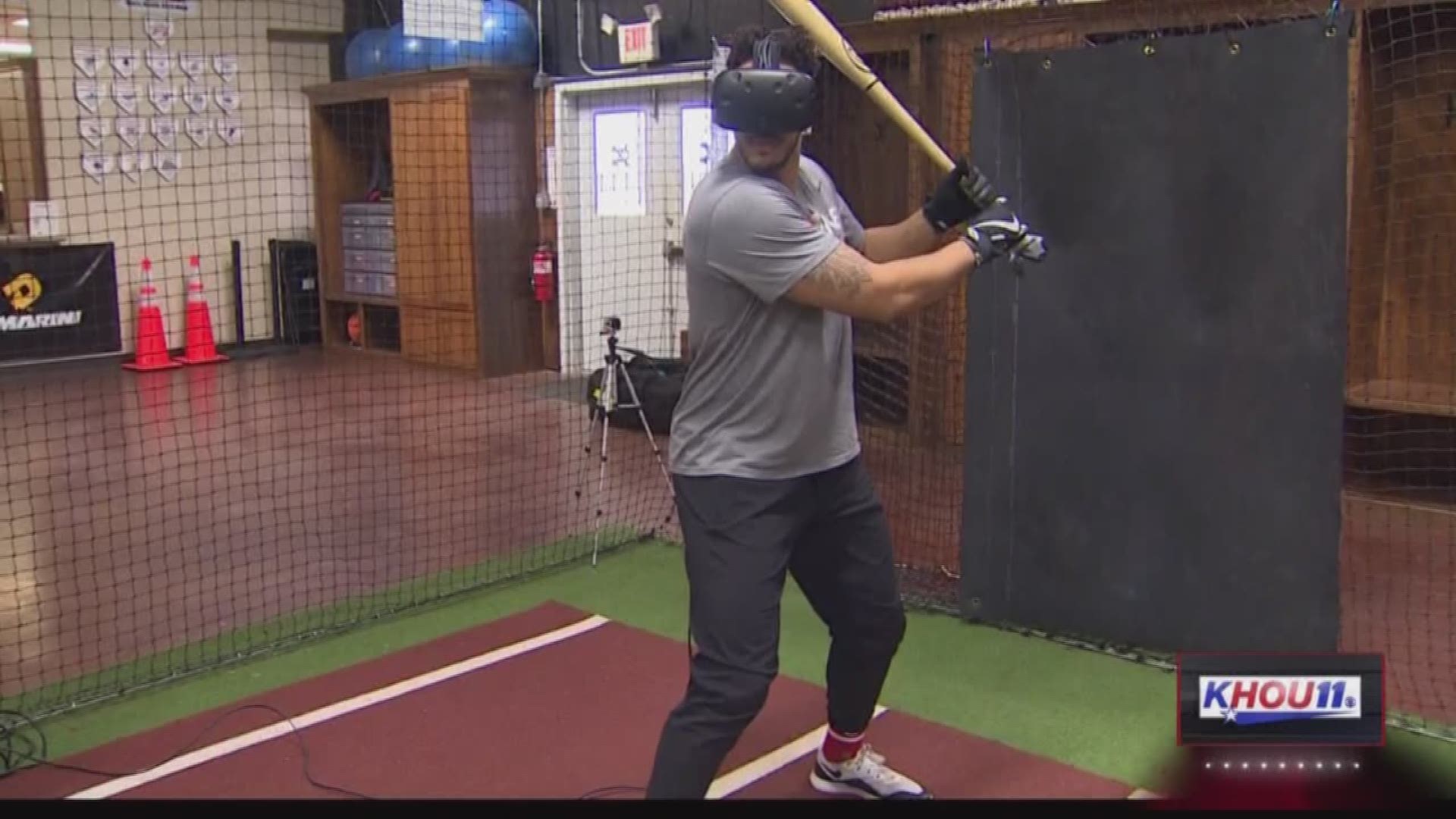 KATY, Texas - Imagine if Abner Doubleday was around to see this.

Whether or not Abner invented the game of baseball is not the point. Instead, it's how America’s pastime is now taking a huge leap forward. Welcome to virtual reality: diamond style.

What you need to know is this - a hitter can now train by testing himself against the best pitchers in the game without actually being in a game.

Jeremy Booth, a former major league scout who now lives in the Houston area, is a consultant for Monsterful VR, the company behind this system called RibeeVR.

“We hear so many guys saying, ‘You can’t prepare for a guy like Kershaw or Kluber.’ Does this change all that?” asks KHOU 11 sports anchor Jason Bristol.

“Absolutely, for me it does,” replied Booth. “I think that’s the hardest thing; to replicate anything we do as a hitter with ‘in-game’ at-bats."

But after this demonstration at Cotton Ranch in Katy, how will these professional ball players rate their virtual reality experience?

It starts like this: put on the headgear, grab a bat with a special sensor attached and you are suddenly in the batters box at Safeco Field in Seattle.

There’s a catcher behind the plate. On the mound, a life-like version of Clayton Kershaw. The demonstration mimics his pitching style, thanks to all of Kershaw’s stats one finds on the internet.

Choose the type of pitch and location and seconds later, the ‘ball’ is on its way.

Ribee VR records video and also collects enormous amounts of data, which can be used instantaneously to help the hitter adjust or help the system adjust.

“The artificial intelligence looks to exploit your weaknesses as a hitter,” noted Jarett Sims, a New Yorker with a background in web development who founded Monsterful VR.

How did he come up with the idea for virtual reality and a baseball application?

“I would say it’s something that started as a kid. Playing (in my mind) against my favorite athletes,” said Sims. “We all had that ‘Viewfinder', if you remember that.”

Sims had now created a path to success through a three-dimensional, computer-generated environment.

Monsterful VR also makes a fan version of the system which is already on display at Comerica Park in Detroit.

And after taking their hacks, how do the pros feel about Ribbee VR? Spencer Griffin, Zach Welz and Dillon Thomas are all believers.

In fact, Thomas went deep against the computer versions of a Max Scherzer, Clayton Keyshaw and Justin Verlander.

So the future of baseball is here and it’s not just extraordinary, it’s Monsterful.