Giovanni Marquez says having a legendary boxer father -- Raul Marquez -- only motivates him. 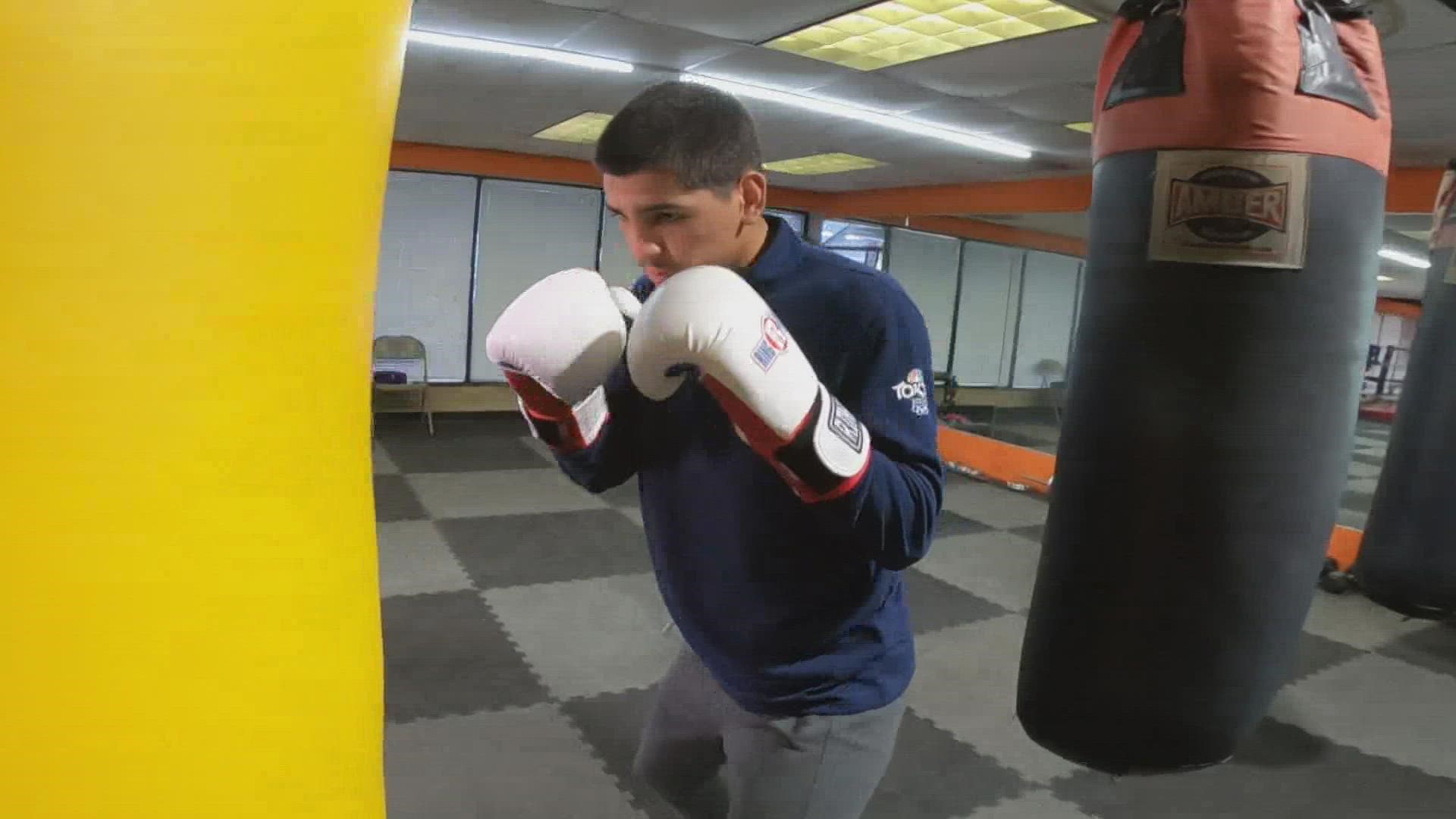 HUMBLE, Texas — Inside a modest gym in Humble, there's now another champ answering the bell.

Giovanni Marquez, the son of former world champion Raul Marquez, recently punched his way to a national championship at the Golden Gloves of America tournament, held in Tulsa, Oklahoma. In all, he won ten straight fights at 152 pounds.

He defeated Carlos Hernandez of Chicago in the final.

Bow everyone's wondering: What's next?
Before we get to that, though, here is what's directly in front of Giovanni: comparisons to his Dad. "My father, he was a very aggressive come forward fighter," said Giovanni.

"(Gio) changes it up. And that's what makes him such a good fighter," added Raul.

"Having the last name the son of former world champion it is a lot of pressure, but me personally, I feel I work better under pressure so it works in my favor," said Giovanni.

Giovanni was also named the event's Most Outstanding Fighter.

And all of this, Raul claims, he predicted.

"I know he had that look like, I mean, 'Is he a little bit crazy?' Is he asking for too much?'

What will Giovanni do next? Turn professional? Wait around for the next Olympics?

"I'm just gonna let my father deal with those kinds of things," he said. "And I'm gonna just stay focused keep training hard and enjoy the moment for now."

Thanks to a great teacher, Giovanni's quickly learned a successful champ always knows when its the right time for his next strike.