Quarterback Quinn Ewers has decided to forgo his senior season and enroll early at Ohio State. 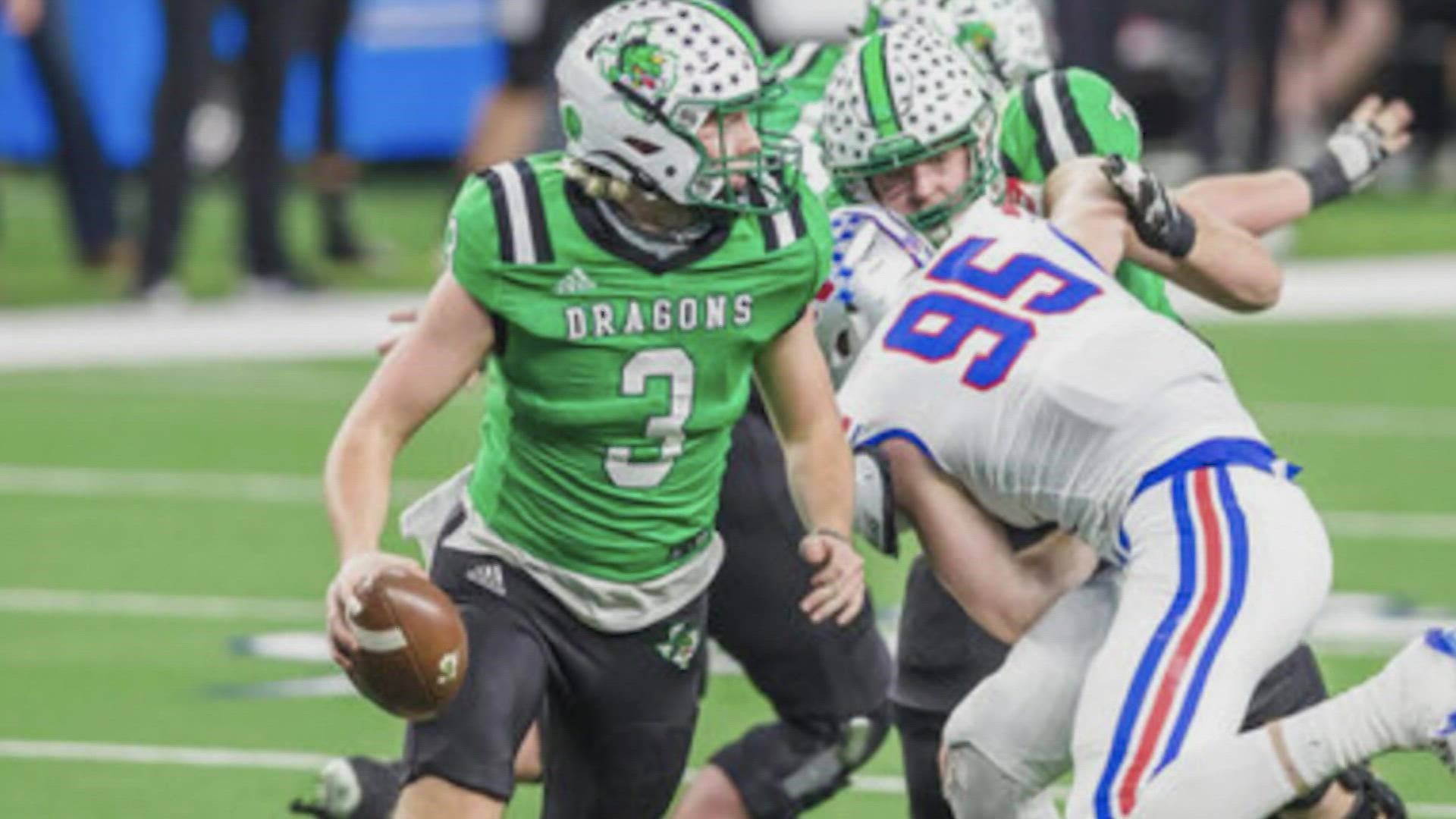 SOUTHLAKE, Texas — Southlake Carroll quarterback Quinn Ewers -- the top-rated player in the 2022 senior class, and expected to lead his team to contention for a state championship this fall -- has decided to forgo his senior season, and enroll early at Ohio State.

Ewers has the potential to make up to a million dollars in the next year, through endorsement deals.

Ewers and his family reportedly petitioned the UIL, the governing body for public school sports in Texas, asking to be able to profit from his likeness while he played for Carroll, but was denied. The UIL, according to a report, leaned on state law to make their decision.

The NCAA's new name, image, likeness rules have opened the door for collegiate athletes to make money off their fame -- rules that do not apply to Texas high school athletes.

Ewers will enroll at Ohio State in the coming weeks, once he has finished his coursework to be able to officially graduate from Carroll. He will then be able to take part in the Buckeyes training camp, and enter himself into a quarterback competition that appears wide open, after the departure of Justin Fields to the NFL.

In his first year under center, Ewers threw for 4,000 yards and 45 touchdowns — as a sophomore.

Southlake Carroll opens their 2021 season with a game against Highland Park at AT&T Stadium, that will be broadcast on ESPNU.

The story continues below.

Ari Wasserman is a national college football reporter for The Athletic. He said the Ewers won’t be the last athlete to try and make this move.

“There will be other prospects that come through the state of Texas that have the same likability and the same marketability that Quinn does, and when they do, and given the option to go get paid, they will go get paid,” Wasserman said. “So you have two options if you’re the state of Texas and the UIL. Do you change the rule or do you watch the best players in high school football go chase the money that they deserve? And that’s what is going to happen.”

"I don’t know if Quinn’s decision will be the thing that causes Texas to change the rule, but it’s one of talent-rich states in the entire country when it comes to high school football talent," Wasserman added.

"And you have hundreds of prospects who are going to be in this position that are going to have this decision to make and if you prohibit people from making money there’s going to be consequences to pay for it."

Steve Wiltfong is the director of recruiting for 247sports.com. He says if an athlete is going to make this jump, they need to be ready athletically, academically — and they must be in a situation where they can profit.

“It’s hard for me to say that this is going to be the norm right now because a lot of these guys need to play their senior year just from a development standpoint and they need to go through their senior year so they can graduate,” Wiltfong said. “So it’s not easy to do what Quinn Ewers just did, just because Quinn Ewers did it. He’s the number one prospect in the country and really one of the best quarterbacks to come out in a few years.”