Houston starts the season at home Friday night against San Jose, and you can watch it for free on Channel 55.

HOUSTON — The Dynamo put together a 4-10-9 record overall in the 2020 season while finishing 3-3-4 in home games. Houston scored 30 goals a season ago and recorded 19 assists.

The Earthquakes put together an 8-9-6 record overall a season ago while finishing 4-7-1 in road games. San Jose scored 44 goals last season while allowing opponents to score 60.

The teams meet Friday for the first time this season.

The following text is from the Houston Dynamo organization

Friday’s match sold out earlier this week and the first 6,000 fans through the gates will receive a free Dynamo bandana, courtesy of BBVA. Capacity for Friday’s game is limited to 30 percent, or approximately 6,500 seats at BBVA Stadium.

The Dynamo enter Welcome Back to BBVA Stadium Night with an 8-2-5 record at home and a 6-1-2 mark at BBVA Stadium to open the year. The Dynamo opened the 2020 regular season with a 1-1 draw against the LA Galaxy on Feb. 29, the last full-capacity match held in Houston prior to MLS suspending the regular season due to the COVID-19 pandemic.

On the field, the Dynamo return under the leadership of head coach Tab Ramos who enters his second season with the team. The offseason included the addition of eight new players for the 2021 season beginning with the transfer of Fafa Picault from FC Dallas. Houston edged past Austin FC to acquire midfielder Joe Corona prior to the end of 2020. Houston opened 2021 with the addition of more offensive firepower by signing winger Tyler Pasher and trading for Maxi Urruti.

Houston also addressed the backline when the team traded for Tim Parker and added more defensive depth by drafting Ethan Bartlow in the 2021 MLS SuperDraft. Houston also navigated a trade on Draft Day to acquire midfielder Derrick Jones from Nashville and added Kyle Morton to the goalkeeping core.

San Jose are led by Matias Almeyda who returns for his third season with the Earthquakes. Friday’s game will offer fans a unique mix of schemes as the Earthquakes visit Houston with a man-marking system and the Dynamo look to press San Jose at home. San Jose forward Chris Wondolowski will look for service from one of the most dynamic midfields in MLS, which feature Cristian Espinoza, Eric Remedi and U.S. U-23 captain Jackson Yueill.

San Jose also features a trio of former Chivas de Guadalajara players who look to replicate past success under Almeyda. Carlos Fierro made the move from Mexico to MLS in 2019 and finished with three goals and two assists in his first full season with the Earthquakes. Oswaldo Alanis joined San Jose in 2020 and scored a memorable free kick in his debut to earn a point against Toronto FC. The club acquired Javier Eduardo Lopez during the offseason in a loan from Guadalajara to complete the trio.

The Dynamo travel to the Pacific Northwest next week to face the Portland Timbers in their home opener. The match will kick off at 9:30 p.m. CT and fans can follow the game live on QuestTexas Ch. 55 in English and TelExitos 47.2 in Spanish. 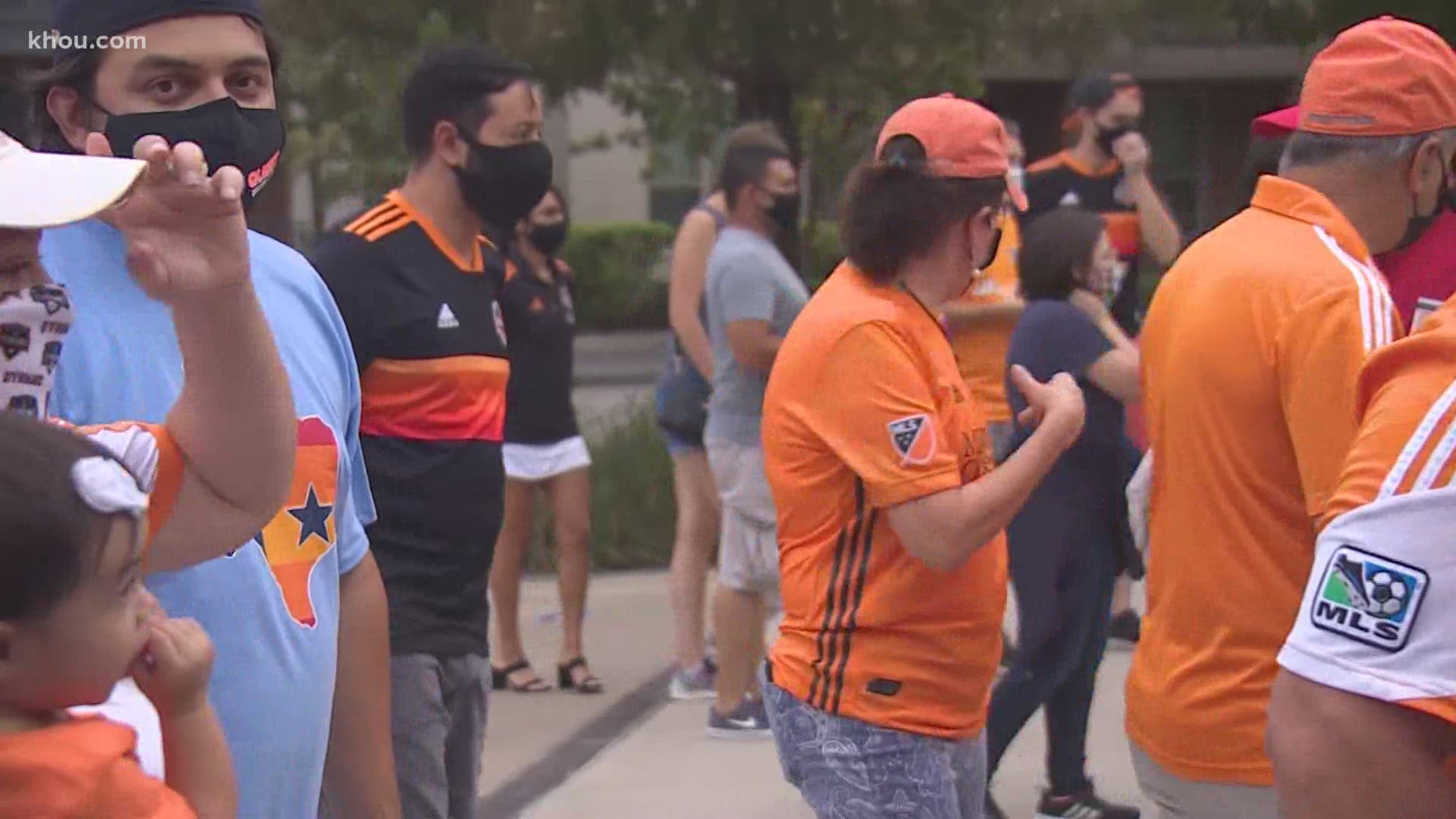