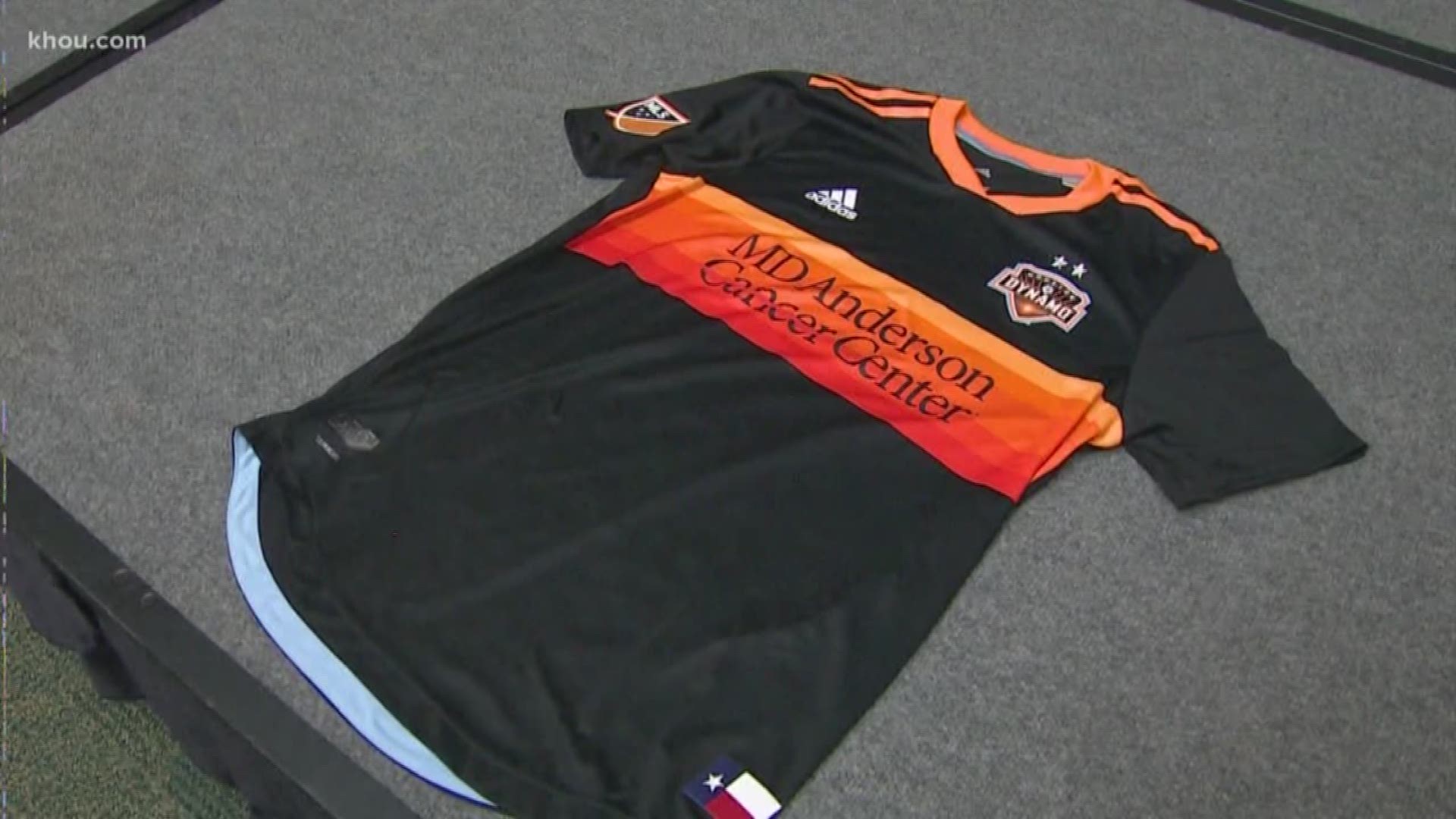 HOUSTON ― The University of Texas MD Anderson Cancer Center and the Houston Dynamo announced Wednesday plans to work together toward one goal: end cancer.

"We are honored to join forces with the Houston Dynamo in an effort to beat this terrible disease," said Peter WT Pisters, M.D., president of MD Anderson. "This unique collaboration will provide a platform for educating millions of fans on how they can reduce their own cancer risk and actively engage in our collective efforts toward Making Cancer History."

In addition to jersey branding, the partnership agreement enables MD Anderson to reach a broad, diverse and international audience through joint community events with the Dynamo, stadium signage and public service announcements. The Dynamo will engage player ambassadors in cancer prevention education initiatives and will create fundraising opportunities such as contributing a portion of the club’s ticket sales to support MD Anderson's mission to end cancer.

“I am extremely pleased to welcome MD Anderson as a part of our club and I am proud to have such a highly respected organization on the front of our shirts,” Brener said. “I am sure that our fans will feel that same pride in knowing that they are not only supporting a club, but are also supporting a truly worthwhile mission. The opportunity for our club to help MD Anderson promote such an important cause – to end cancer – is something that was very much worth waiting for and one that excites and motivates everyone at our club.”

In conjunction with Wednesday’s partnership announcement, the Dynamo also announced that BBVA Compass Stadium will become a tobacco- and smoke-free facility as of Jan. 1, 2019.

Smoking and tobacco already were prohibited inside the seating bowl and concourse, and Wednesday’s announcement extends the policy throughout the property.

BBVA Compass Stadium will join many other stadiums, arenas and venues around the country in offering a fully tobacco- and smoke-free environment to all of its guests.

In addition, plans are in development for healthy concession menu options to be available for the 2019 season. The Dynamo also committed to donating a portion of single-game ticket sales to MD Anderson along with offering fans the option to add on a donation of their own during the purchase process.

"Today is the start of something great, and we applaud the Houston Dynamo for making a bold commitment to the health of its fans, players and staff by creating a tobacco- and smoke-free environment for all to enjoy," said Pisters. "We are proud to align with this forward-thinking organization as we work together to promote cancer prevention and to advance innovative cancer research and patient programs."

Joining Pisters and Brener at the launch event were Dynamo minority owners Oscar De La Hoya, Jake Silverstein and Ben A. Guill, who is a member of the MD Anderson Cancer Center Board of Visitors. John Walker, president of business operations for the Dynamo and Dash, players Chris Seitz and Memo Rodriguez and team mascot Diesel also were on hand.