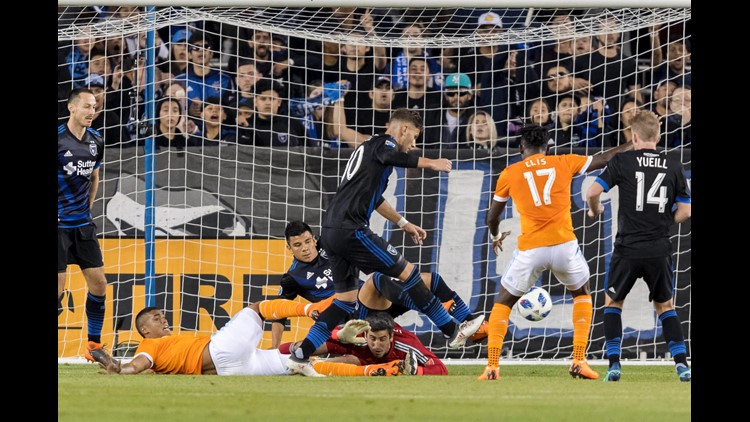 SAN JOSE, Calif. (AP) - Jahmir Hyka scored in the closing minutes to help the San Jose Earthquakes to a 2-2 draw with the Houston Dynamo on Saturday night.

Hyka, in his first MLS action of the season, came on in the 67th minute and first-timed a feed from Quincy Amarikwa to make it 2-2 in the 85th. Florian Jungwirth's cross from the right flank floated through the box to Amarikwa, who tapped it to Hyka for the finish - which deflected off defender Adolfo Machado.

Marcus Eriksson scored his second goal in two games to give San Jose (1-2-2) a 1-0 lead in the 26th, one-timing Jackson Yueill's pass into the bottom-left corner of the net from the top of the box.

Tomas Martinez scored in the opening minutes of the second half and Mauro Manotas tapped in a sliding finish of Alberth Elis' cross from point-blank range to give Houston a 2-1 lead in the 63rd minute.