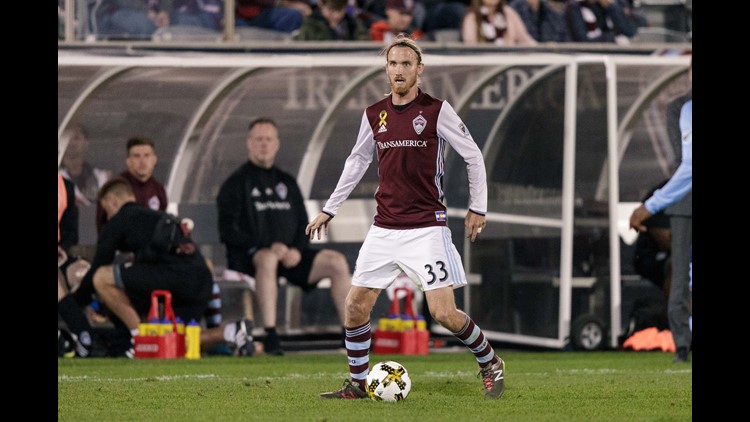 HOUSTON – The Houston Dynamo have acquired defender Jared Watts in a trade with the Colorado Rapids, the club announced Wednesday morning.

Watts has played in 71 games during his five-year MLS career, starting 61 of those, and has scored one career goal with three assists. The versatile 26-year-old has seen action both as a central defender and as a defensive midfielder for Colorado during his career.

“Jared is a steady and reliable player who is entering the prime of his career at 26 years old. He provides flexibility to our roster with his ability to play as both a center back and holding midfielder,” said Dynamo Vice President and General Manager Matt Jordan. “He brings an outstanding mentality both on the field and in the locker room every day, which is important for our club, and we are looking forward to integrating him into our group.”

After entering the league as a second-round pick (33rd overall) by the Rapids in the 2014 MLS SuperDraft from Wake Forest, Watts saw action in 17 games with 13 starts as a rookie. He continued to earn increasing minutes and saw his most extensive action during Colorado’s 2016 campaign, playing a career-high 1,647 minutes for a Rapids side that had the league’s stingiest defense.

Watts started all four of Colorado’s playoff games that season as well.

Watts was a member of the United States Youth National Team system, playing for the Under-17 and Under-20 national teams. He captained the U-17 side at the 2009 U-17 World Cup under the direction of current Dynamo head coach Wilmer Cabrera.

“Jared was a big part of Colorado’s success during the 2016 season did a good job as a defender for them. I worked with him when he was the captain of the U.S. U-17 national team during the 2009 FIFA World Cup, and at the residency program for two years, so I have known him for a long time,” Cabrera said. “He will be a solid defender for this team, or even a midfielder if we need him there because he can play in different positions, and he brings a lot of experience to the team, so we are happy to have him.”

With the acquisition of Watts, the Dynamo now have 27 players on the active roster.