Soccer fans will not be allowed to attend the games through month of July due to COVID-19. 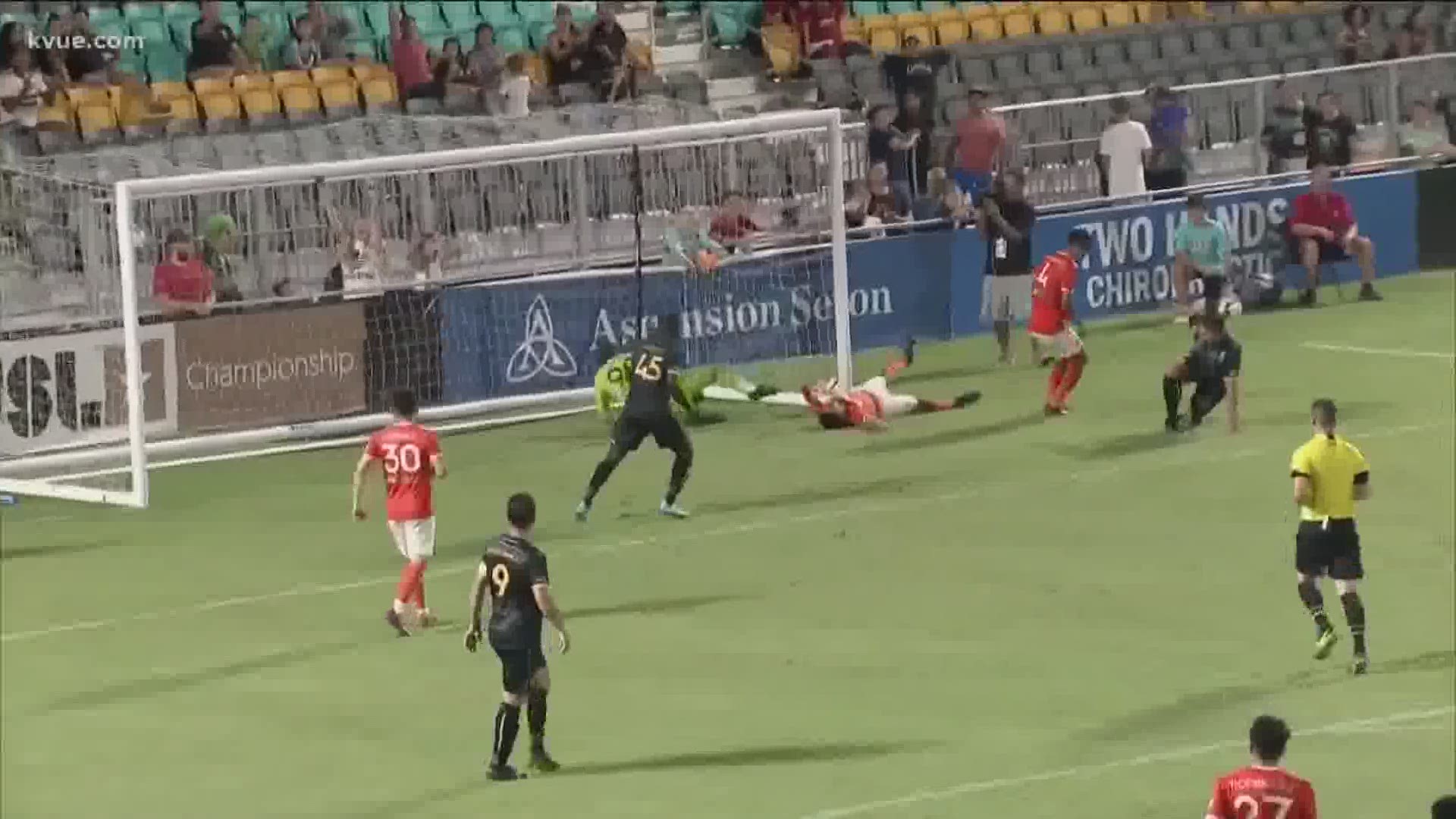 AUSTIN, Texas — Austin Bold FC, Austin's USL soccer team, is playing its first home game on Friday without any fans since the season was halted due to COVID-19.

The team announced on last Tuesday they will be returning to Bold Stadium at Circuit of The Americas (COTA) on July 17 for the 2020 season. Team officials said the 2020 USL Championship season will return with seven home games and a new playoff format.

However, fans will not be allowed to attend the games in the month of July. Gil Ferrales, a big fan and season ticket holder, said he usually tries to make it out to every home and is disappointed he can't make it out this month, but he understands.

"I don't want to bring home any viruses or anything like that to any of my family or spread it around town," said Ferrales. "So yeah, just when they, when everyone says it's safe, we'll go back, but until then, we're just acting to watch the Bold on TV or any way we can."

"In an effort to prioritize the community’s health and well-being, fans will not be permitted to attend games in July," team officials said in a press release. "With the safety of fans COTA’s primary concern, and the current escalation of COVID-19 cases, COTA has proactively decided to move forward playing games without fan attendance for the time being. COTA will continue to monitor the situation and begin allowing fans, vendors and employees back to the field when it is deemed safe to do so."

The Austin Bold FC team will square off on the pitch against OKC Energy FC on July 17 to kick off the season. In order to limit travel, the remainder of the 2020 season will see clubs divided into eight regional groups to complete a 16-game regular season followed by a single-elimination playoff, according to Austin Bold FC. The regular-season games will be played over 13 weeks, concluding the weekend of Oct. 2 through Oct. 4. Games completed prior to the season suspension in March will be counted and included in the schedule.

“I'm proud of the guys for staying in great shape during the time away, as it shows the incredible value they put on their profession and their commitment to the team. Go Bold!” said COTA chairman Bobby Epstein.

"Having to take such a long break from soccer really made me miss, further appreciate and love what I do day in and day out, and I know the team feels the same way. Now that we are back, we are eager to step on the field and represent our club, our city and the fútbol community of Austin,” said Austin Bold midfielder Sonny Guadarrama.

For more information on the Austin Bold FC and to view the updated 2020 season schedule, visit https://www.austinboldfc.com/.