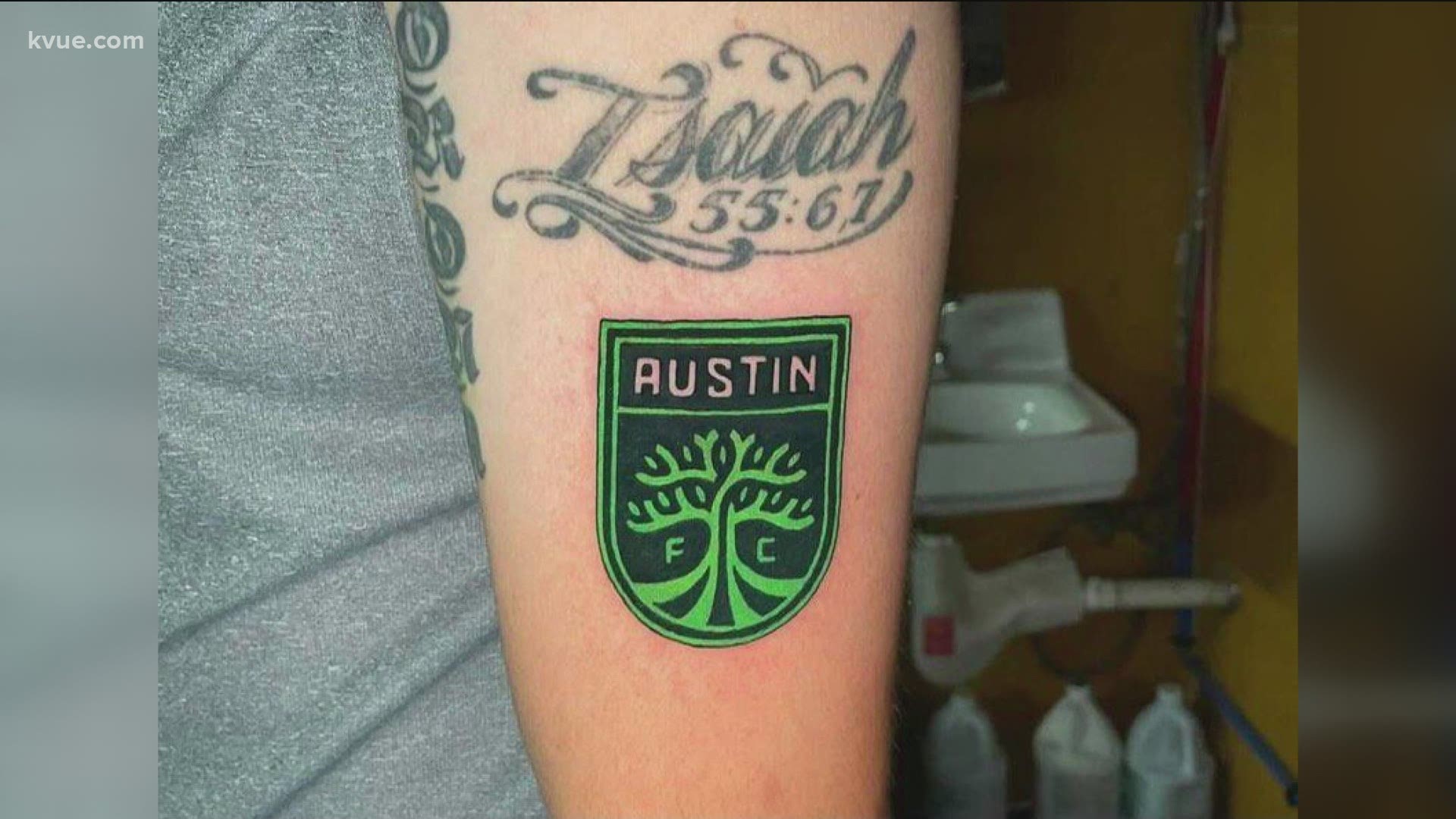 Some die-hard Austin FC fans were able to show the ultimate dedication to the franchise by getting tattoos on Sunday.

"It's a sense of community and it feels good to be a part of it. There's a lot that goes into choosing the tattoo you want. It's more than just picking out a picture on the wall. This means something to people," said Ortega.

Appointments were booked up for the day as fans took turns laying down on the table to get different team logos filled with green. The most popular choice was the Austin FC tree, known as the Treaty Oak.

Jacob Nagy got the Treaty Oak on his left bicep. He grew up in Austin and told KVUE he's been counting down the days for the first home game.

Others waited in line for their turn to get tatted.

The first home game for Austin FC will be on Saturday, June 19, against the San Jose Earthquakes.

KVUE will have live shows from the Q2 Stadium on Wednesday and on the morning of the game on Saturday.

How to get to Q2 Stadium on Austin FC game days