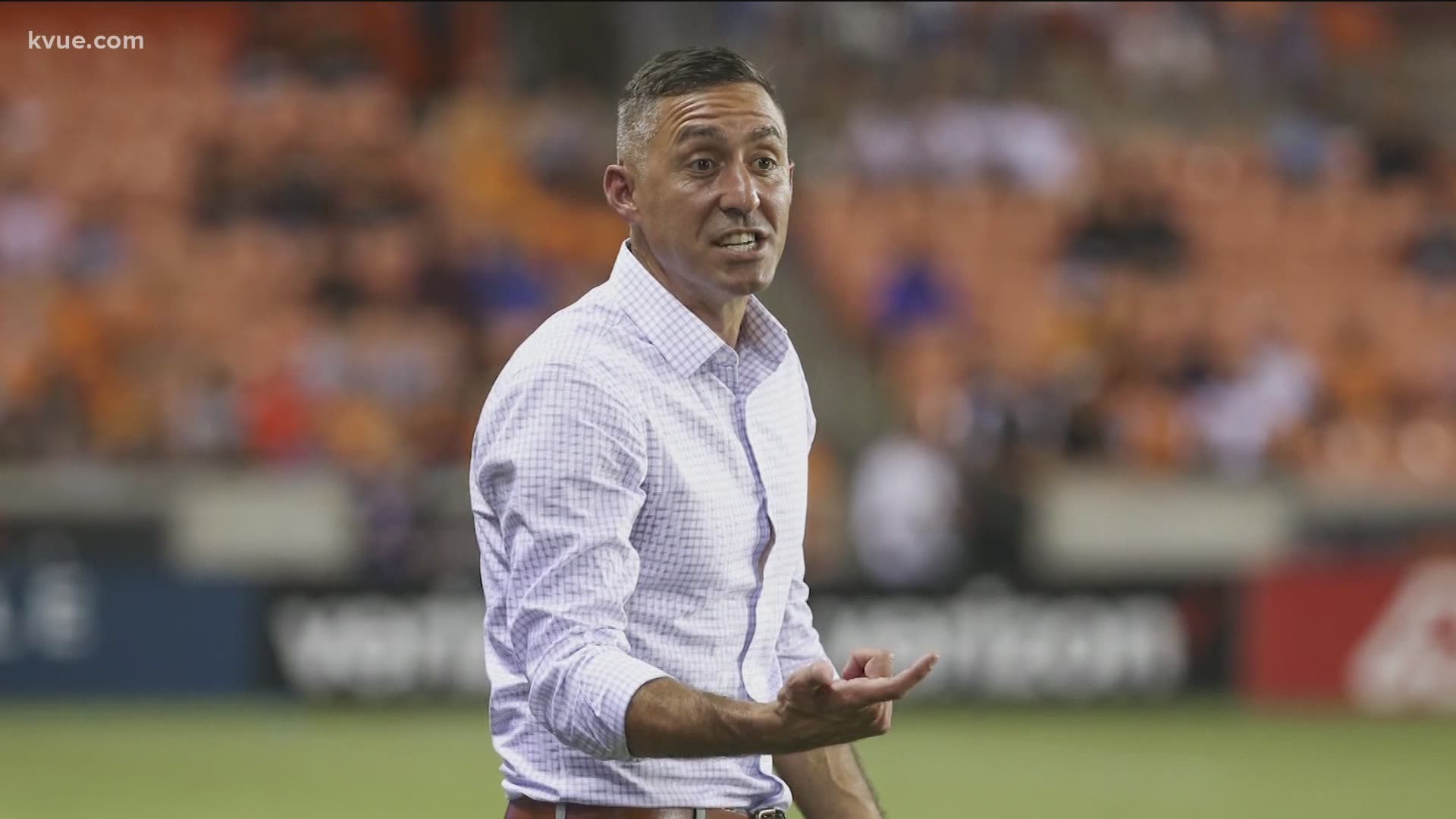 Arnaud will join Austin FC on Aug. 1, according to team officials.

Arnaud and Austin FC Head Coach Josh Wolff played together for Sporting KC where Arnaud played from 2002 to 2011. He joins Austin FC after serving a variety of coaching positions for the Houston Dynamo, including a recent appointment as interim head coach for a nine-match period from Aug. 14, 2019, to Oct. 25, 2019.

Buzz in the air: Through chants and songs, Los Verdes creating buzz for Austin FC

“Davy Arnaud represents a significant addition to our growing Club, and our organization is extremely fortunate to have a native Texan and highly-experienced MLS player and coach join our staff to help us build a successful Club in MLS,” said Wolff, Austin FC head coach. “Davy and I know each other well from our time playing together in Kansas City, and I know he shares the same soccer philosophy we value highly at Austin FC.”

Arnaud and HC Josh Wolff were teammates for @SportingKC. Arnaud played there from 2002-2011. He comes from the @HoustonDynamo and will join the team Aug. 1. Story to come on @KVUE shortly #Verde #LISTOS

Austin FC officials said Arnaud will play a key role in the day-to-day preparation, training and recuperation of Austin FC’s first team while helping to develop the first team’s playing philosophy and culture.

“I couldn't be more excited to be joining the Club. I had the pleasure of playing alongside and learning from Josh in Kansas City. His leadership and knowledge of the game is something I admire and I look forward to rejoining him here in Austin," Arnaud said. "I want to thank Josh and Claudio for affording me the opportunity to help build Austin FC.”

Arnaud was born in Nederland, Texas, and was raised in the Lone Star State.

Here is a look at Arnaud's coaching resume:

Here is a look at Arnuad's playing career:

Internationally, Arnaud played for the U.S. Men’s National Team from 2007 to 2009, where he made seven appearances and one goal.