Slidell, Texas where basketball 'is in our blood,' celebrates first boys state title since 1943

Since 1942, Slidell basketball has won four state championships. Each of those teams included a member of the small town's Pruett family. 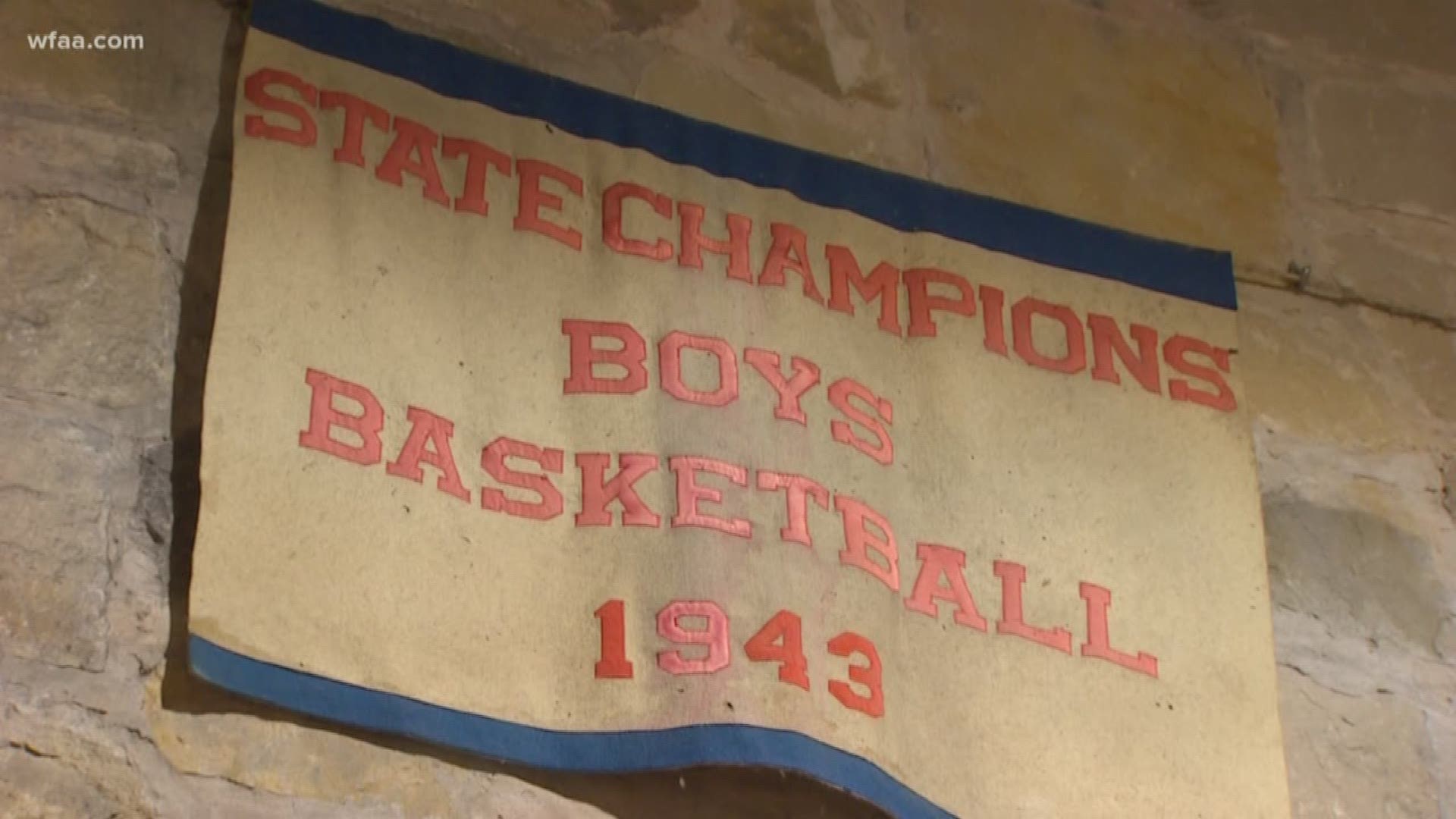 SLIDELL, Texas — Drive an hour northeast of Fort Worth. Pass by Pruett Road. Shoot into town.

You get to Slidell, Texas.

"If you've seen the movie 'Hoosiers,' you've seen Slidell," Slidell native Duaine Pruett said. "Coming to the ballgame is where you see your neighbors."

"Some of [the kids] don't make the team, but everybody's got a pretty good chance," Slidell resident and Duaine's brother, Bert Pruett, said.

In this small town, ball is life.

"Even here at the church, they love playing basketball," said Pastor Todd Stevens of the First Baptist Church Slidell.

In March, the whole town – or at least most of it – was in San Antonio.

Greyhounds fans stood on their feet as star junior Slayton Pruett led the boys basketball team to a Class 1A state championship.

"We don't have baseball or football," Slayton said. "Nobody forced us to do it, it's just in our blood."

Bert and Duaine are Slayton’s distant cousins. They also played ball at Slidell, and another Pruett cousin won a state title with the girls team in the 1960s.

Bert and Duaine's father is the late Edwin Pruett – a World War II veteran, a farmer and a member of that ‘43 championship team.

"They loaded up in cars to go to the state tournament," Bert said. "They didn't even go on a bus."

"We always wanted to at least get back to state because Daddy had been there," Duaine said.

He was buried in the cemetery located 200 yards from the high school gymnasium.

"On a good night, I think he can probably hear a few of the cheers," Duaine said.

Slidell has won four state championships in basketball over the last 76 years. Each of those teams included a member of the Pruett family.

A small town where ball is life, death and everything in between.