According to the Wall Street Journal, the Nassar investigation was hidden from her, even though she was among the first to raise concerns. 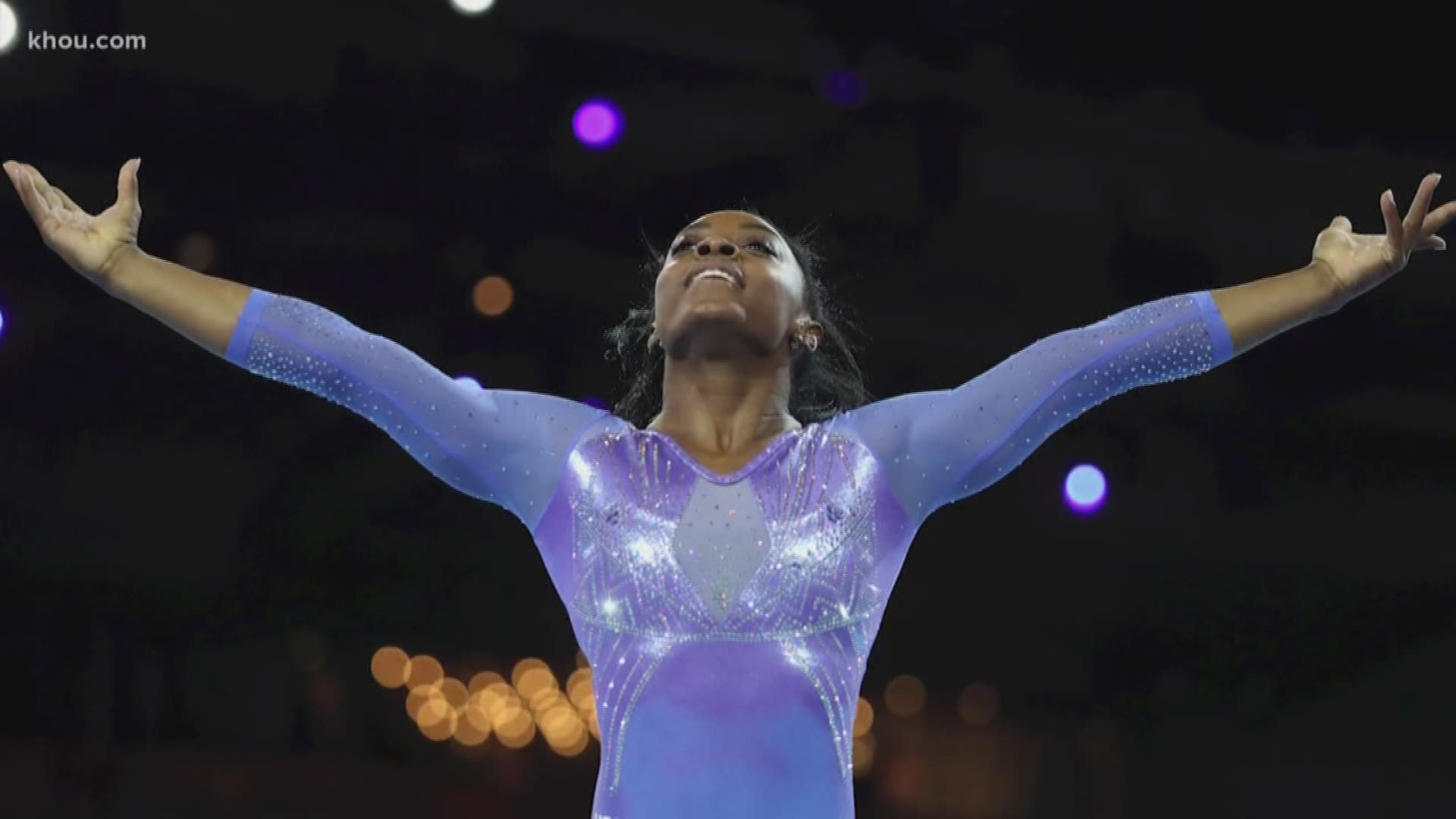 HOUSTON — Simone Biles is at the very top of her career. On Thursday, she was named the 2019 Team U.S.A. Female Athlete of the Year.  She has set a record for the most medals at the World Championships. She even has two moves named after her.

But as Biles reaches a new high point in gymnastics, she is hitting a low point in the Larry Nassar case. While USA Gymnastics was investigating the team doctor, no one told her about it for years.

RELATED: Biles sets record for most medals at gymnastics worlds

She is tweeting "numb is becoming a normal feeling” in response to a Wall Street Journal article that says USA Gymnastics ignored Biles’ concerns about the now-disgraced doctor.

She also tweeted "Can't tell you how hard this is to read...the pain is real and doesn’t just go away, especially when new facts are still coming out. What's it going to take for a complete and independent investigation of both the U.S. Olympic Committee and USA Gymnastics.”

The article says in 2015, the USAG was investigating Nasser and contacted the FBI about sexual abuse allegations, but omitted Biles' name, even though she was among the first athletes flagged as being 'uncomfortable' with him.

Instead, USAG, which was deeply invested in Biles' anticipated success, referred investigators to other, older athletes.

Biles’ parents provided a statement, saying in part, “It feels like the harshest of betrayals and it is just too painful for our family to talk about openly. To this day, we still do not know why Simone's abuse was concealed by Steve Penny, USAG and USOPC. (the U.S. Olympic Committee)”

Penny, who was then the head of the USA Gymnastics, claims he did not know Biles had been abused until she tweeted about it last year. Meanwhile, Nassar is spending the rest of his life in prison for sexual assault and child pornography convictions.