The Spring gymnast said her mind and body are not in sync and competing could be dangerous. 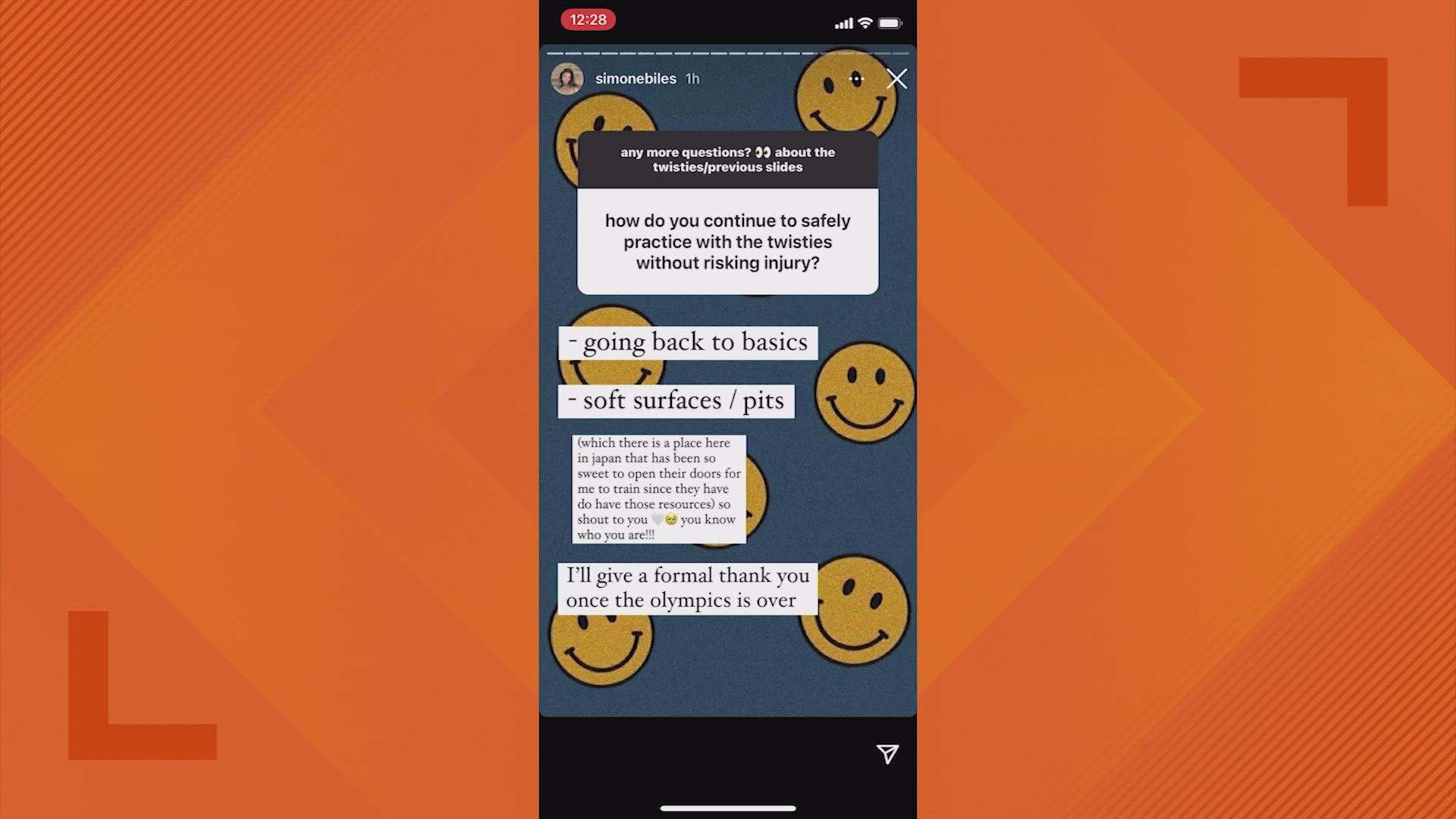 By now, the world knows that gold medalist Simone Biles withdrew from team and individual all-around competitions at the Olympic games to prioritize her mental health.

The decision was made because the 24-year-old athlete said she just wasn’t in the right headspace to compete.

Thursday night, she took to Instagram to address her decision and answer her fans' questions about the situation.

She told her fans she has "the twisties," which means her head and her body can't get on the same page when she does some of the extreme trusting flips she's famous for.

She told her fans this started happening after the preliminary competition and she's had them before.

"They're not fun to deal with," Biles wrote on Instagram. "It's honestly petrifying trying to do a skill but not having your mind and body sync. Could be triggered by stress I hear but I'm also not sure how true that is."

"About how long does it usually take for it to leave?" a fan asked.

Biles responded saying it typically varies, but for her, it's usually about two or more weeks.

"Honestly, no telling,' Biles said. "Something you have to take it literally day by day, turn by turn."

Biles reiterated to her fans that she did not quit the competition and she did not withdraw due to a bad performance. She said her mind and body are simply not in sync and competing on a hard competition surface is dangerous.

She said she got so lost that she didn't want to risk her safety or her team's medal.

The Spring gymnast said although she is not currently competing, she is continuing to practice. She is using a place in Japan to train and going back to the basics.

The U.S., with Suni Lee, Grace McCallum and Jordan Chiles, finished with silver while the gymnasts from the Russia took the gold.

Biles was also expected to win the all-around before withdrawing, giving Jade Carey her spot instead. Lee won the title on Thursday. It's not clear if Biles will compete in the individual apparatus finals, which happen Sunday through Tuesday.

Although Biles has received criticism from some over her decision to drop out, she's also received plenty of praise and support -- in part for helping expose the mental struggle Olympic athletes face in addition to the physical.