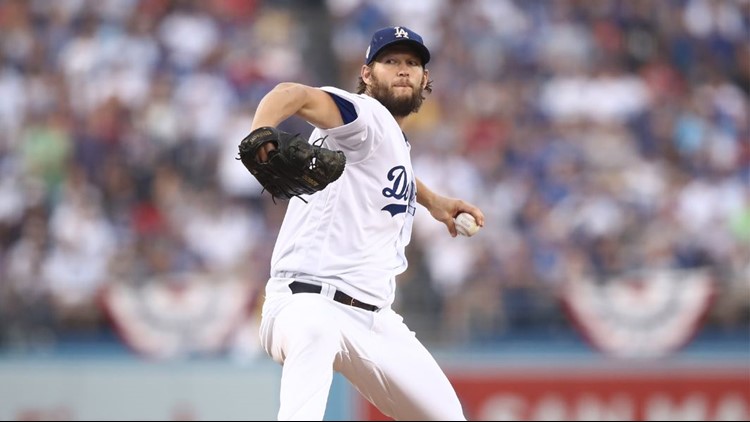 Scout's take: Kershaw's off the board. How will it affect the Astros' pursuit of pitching, others?

With Clayton Kershaw agreeing to an extension worth $31 million annually to stay in Los Angeles, Kershaw's deal sets the top of the free agent market for starting pitching and my guess is we will see a faster-moving one this offseason than in the past couple of years.
Author: Jeremy Booth
Published: 12:31 PM CST November 4, 2018
Updated: 12:48 PM CST November 4, 2018

The 2019 version of the Houston Astros will have a familiar look.

The presence of George Springer, Jose Altuve, Alex Bregman, Yuli Gurriel, Justin Verlander, and Gerrit Cole will all be back at Minute Maid Park.

That’s a pretty good start for any club looking to contend for a world championship.

They’re surrounded by a group which complements them well and has done a pretty good job filling various roles. However, questions exist today that didn’t exist following the past two seasons; and the Astros must answer those questions to keep up with an extremely strong American League.

Holes exist in the starting rotation, behind the plate, the utility position and in the outfield with the club facing the probable departures of Dallas Keuchel, Charlie Morton; both catchers departing; and the potential loss of Marwin Gonzalez. Its accurate to call Gonzalez a utility player; but that label still feels unfair as he’s been an everyday fixture in the lineup, playing left field when the team’s other stars have been healthy and on the infield dirt.

The team took a first step toward answering these questions by extending a qualifying offer to Keuchel, but not Morton and Gonzalez. The thinking has long been that a deal for Keuchel will exceed the amount of the $17.9 million qualifying offer; while neither Morton or Gonzalez are likely to reach that number and if they were offered one, they would likely accept. None of these decisions preclude the sides from coming to terms on new deals; but Charlie Morton is the one most likely to return with a stated preference to play in Houston or not at all.

With Clayton Kershaw agreeing to an extension worth $31 million annually to stay in Los Angeles, Kershaw’s deal sets the top of the free agent market for starting pitching and my guess is we will see a faster-moving one this offseason than in the past couple of years. Patrick Corbin and former Astro J.A. Happ are available, as well: and they figure to match or pass Keuchel in average annual value (AAV).

Let’s be frank, some of these guys are out of the Astros’ price range or they would instead sign Keuchel.

Eovaldi and Corbin figure to lead the pack; with Happ close behind.

With the analytical systems they utilize, the Astros front office is likely to believe it can help Miley, Lynn, or Gio Gonzalez take a step forward. The Astros could target them also while keeping the door open for two of their own knocking loudly to get to the big leagues: Forrest Whitley and Corbin Martin.

Back to Marwin Gonzalez. He has no real obvious replacement.

He’s really been filling two roles. The club would just do well to re-sign him. If he departs, perhaps outfielder Michael Brantley could be an option. We haven’t even discussed the loss of 25 home runs from Evan Gattis (in a part-time role) and the Astros could opt to bring him back or target someone like Nelson Cruz, who is aging better than Carlos Lee did at the same point in Lee’s career. Cruz could see his numbers improve by playing in Houston.

These decisions will be the first of many as the Astros face similar ones in 2020.

Jeff Luhnow has done a good job before when facing these type of crossroads moments.

It will be interesting to see which way he and the franchise turn in 2019.