Schedule Released: Here's when you can catch the Houston Texans in prime time!

The NFL has released its full 2019 regular season schedule. 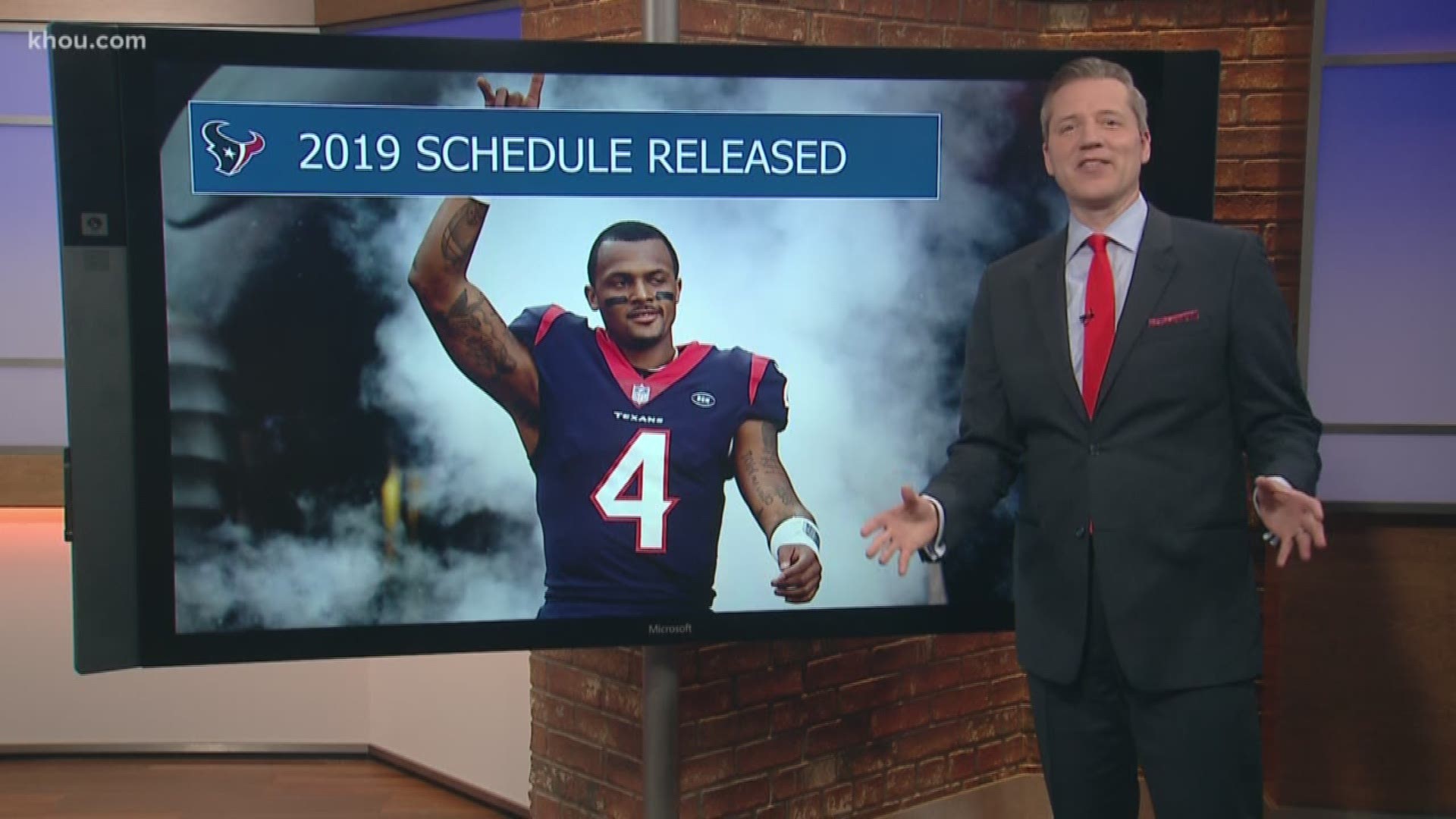 Below is the schedule for the Houston Texans, including which games you can catch in prime time!

The Week 9 game against their division-rival Jacksonville Jaguars will be in London, the NFL announced earlier Wednesday.

The game will be played on Sunday, Nov. 3, at Wembley Stadium and kickoff is scheduled for 8:30 a.m. CT. The meeting replaces the Texans’ annual trip to Jacksonville as the Jaguars will be considered the home team.

Fans can purchase ticket packages starting Thursday, April 18, at 5 p.m. on Location Experiences at nflonlocation.com. Fans can also register here for further information regarding individual ticket availability, which will be announced at a later date.

Home, away opponents for the Houston Texans in the 2019 regular season 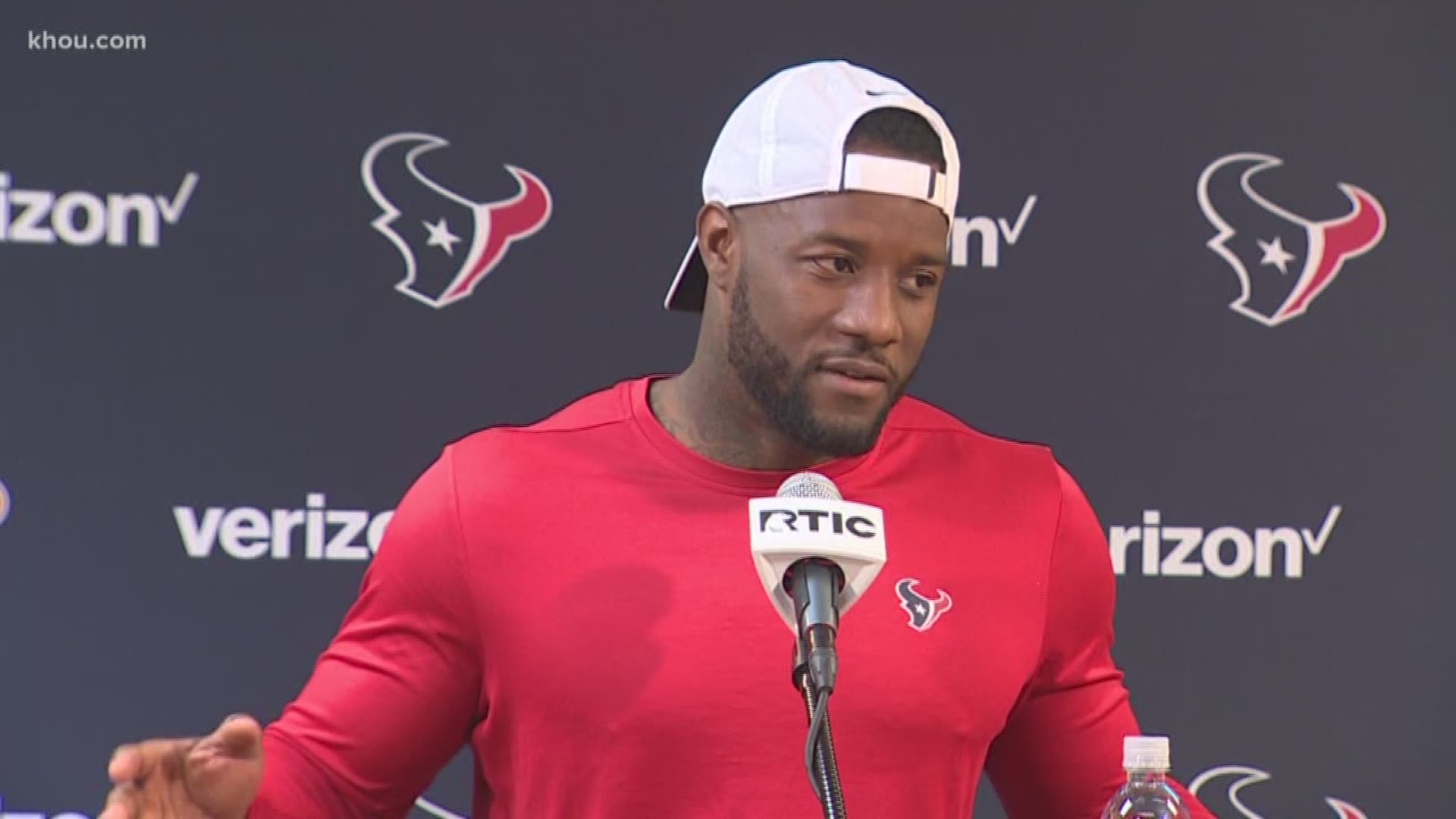 Video: 3 most interesting things from the Texans 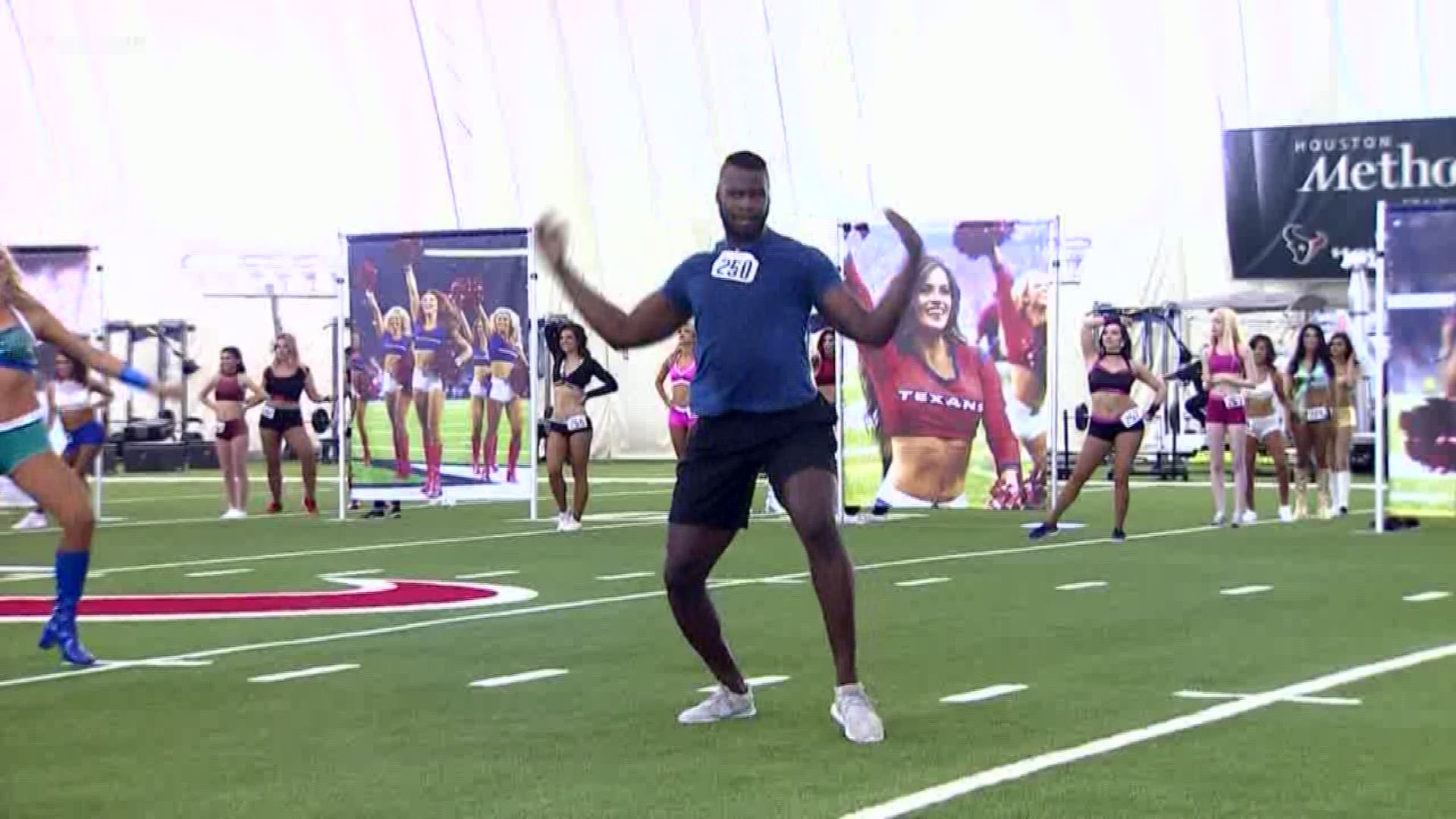