Jackson Rutledge, who's been clocked as high as 99 mph, could be chosen in the first 10 to 15 picks. 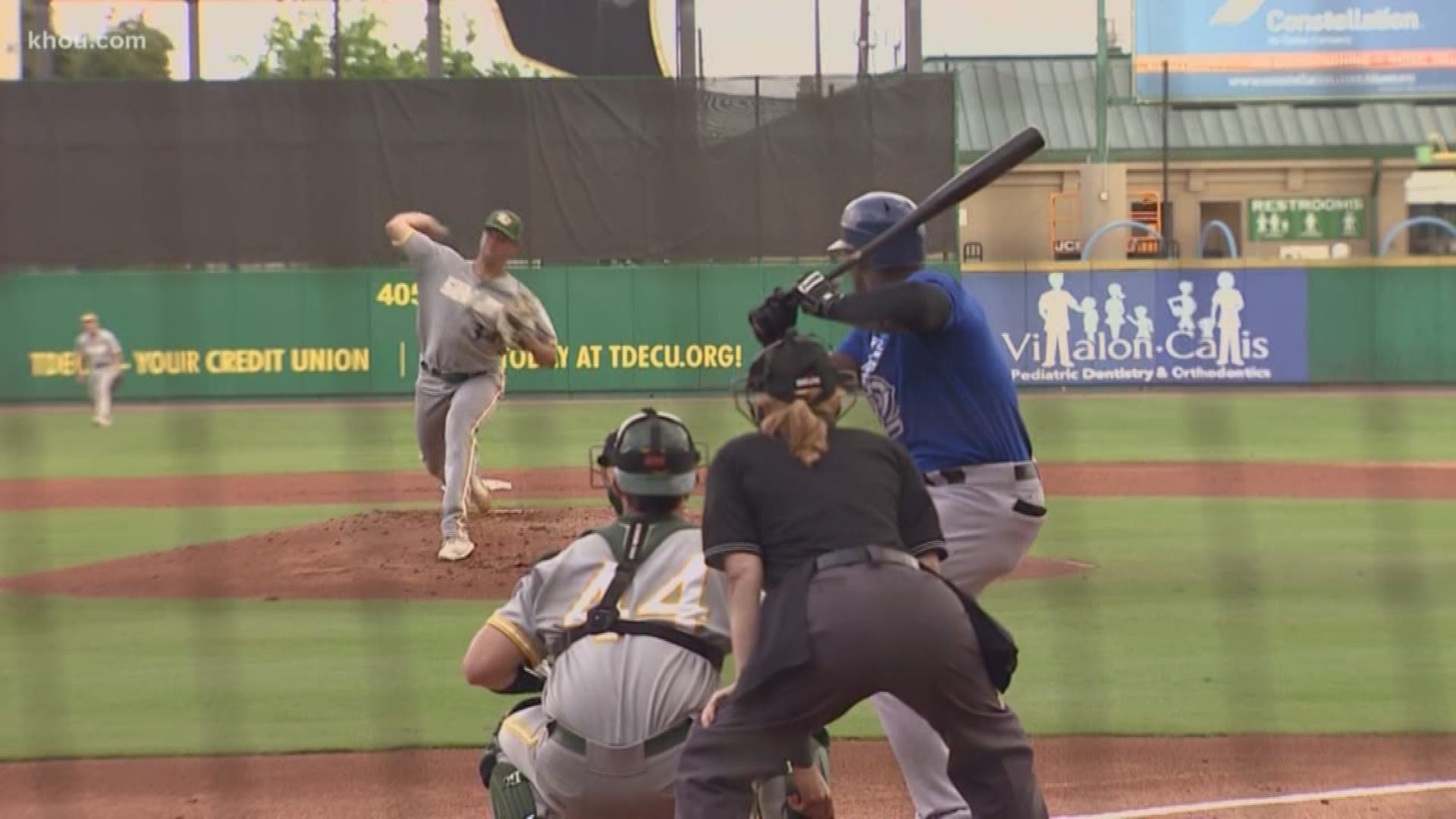 HOUSTON — One of the top prospects available for the 2019 Major League Baseball First-Year Player Draft is a lightning bolt-throwing right-hander from San Jacinto College.

Jackson Rutledge, who's been clocked as high as 99 mph, could be chosen in the first 10 to 15 picks.

The St. Louis native transferred to San Jac from the University of Arkansas and immediately showed plus-plus stuff after recovering from a hip injury.

"I definitely got better," Rutledge told our sister station, KSDK-TV. "I was holding velocity into the late innings. I was throwing 96-98 on my 100th pitch of the game, which was really exciting for me and having command of all my pitches."

Rutledge has been training and maintaining his arm at Premier Pitching and Performance in St. Louis since he was a high school sophomore.