A Wisconsin hunter is under scrutiny after mistakenly shooting a rare albino deer. 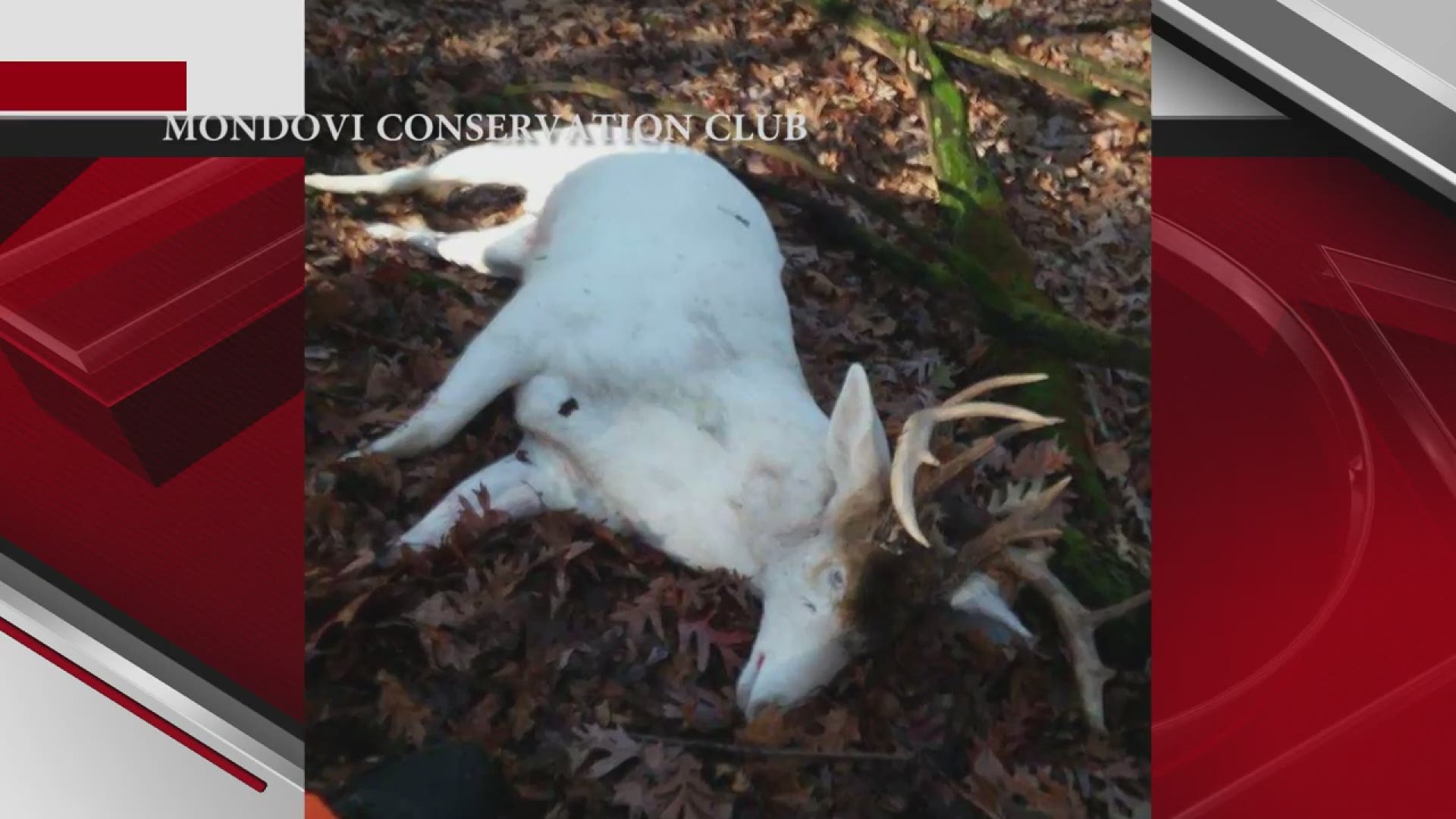 PEPIN COUNTY, Wis. - After the DNR says an albino deer was mistakenly shot and killed, a local conservation club looks to use it as a learning tool for area hunters.

The DNR says the area hunter turned himself in after realizing the buck he shot was actually a protected animal.

During the nine-day gun deer season, Wisconsin hunters enjoy the freedom of hitting the woods in search of a prize buck.

“We're very excited about the hunting season,” says Al Urness, president of the Mondovi Conservation Club. “Kind of our time of the year, members have been busy getting their guns cited in and now it's time to go out and use them.”

What’s not fair game? Albino, or all-white deer, according to the Wisconsin DNR’s 2017 hunting regulations.

On Saturday morning, the DNR says a local hunter mistakenly shot an albino deer in Pepin County because of the brown on its head.

“So if it's an all-white deer not including the head, the hooves or the tarsal glands, then it's a protected animal,” says Richard Rosen a conservation warden with the Wisconsin DNR.

The DNR says upon realization, the hunter immediately turned himself in and the albino deer was confiscated by the DNR.

“What he preferred was to make sure others could learn from this, that we could keep that animal within the community and use it as a learning experience,” says Rosen – and, that’s exactly where it went.

The buck was brought to Gunderson Foods, where it was processed by owner Jon Seipel. The meat will be taken to the local food pantry in Mondovi.

The deer will then be donated to the Mondovi Conservation Club, where the president says, it will be used as a learning tool.

"What we are going to do is have a full body mount of the deer and will have it on display at our clubhouse and will use it for our hunter safety program,” says Urness. “Basically to teach hunters what not to shoot if there is questions about what is an albino deer and what isn't.”

The DNR says the hunter was given a warning at the time the buck was confiscated.

It says this is a reminder to review regulation pamphlets on a regular basis because the laws have changed recently, and will likely continue to change.