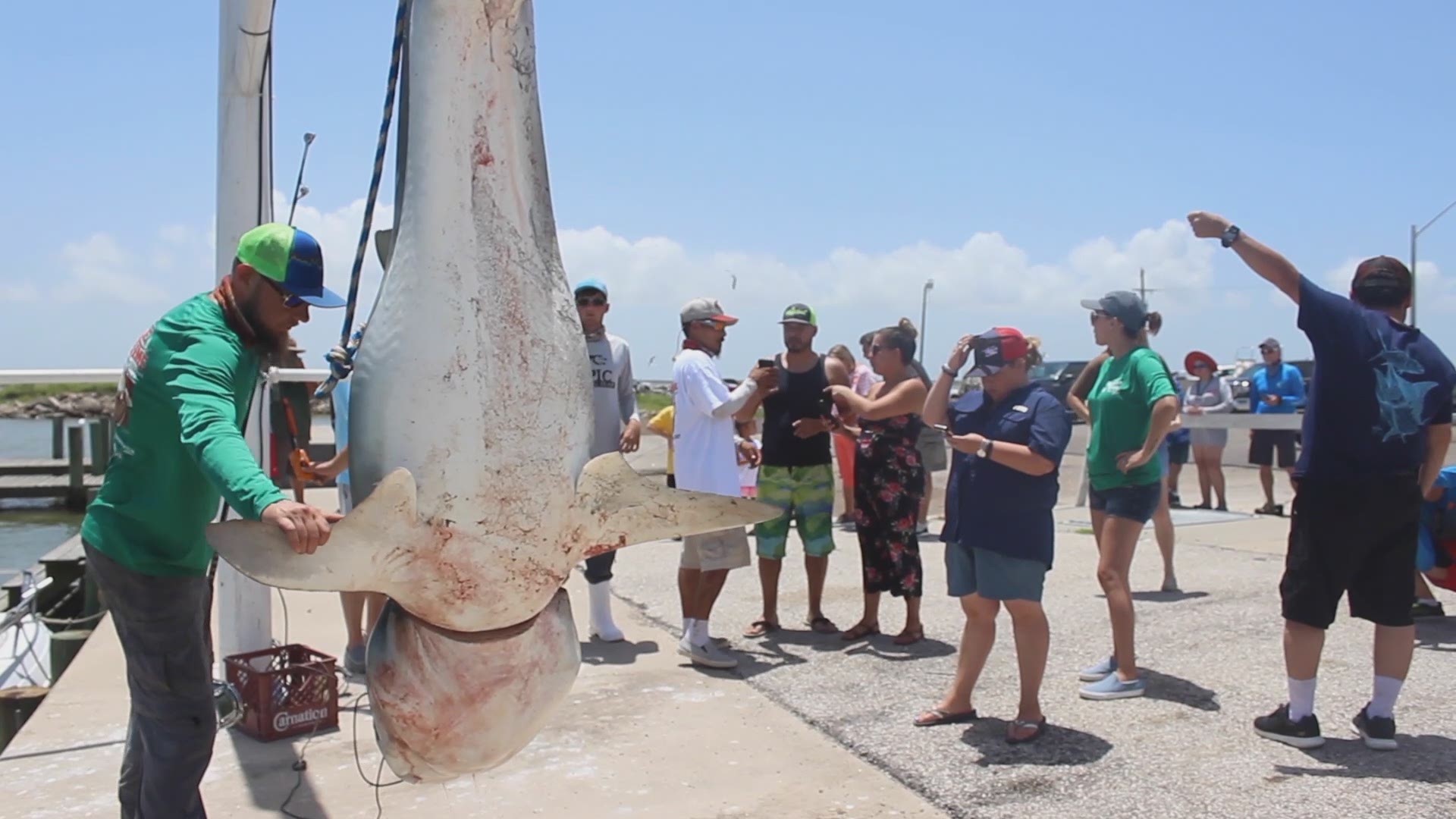 TEXAS CITY, Texas — A tiger shark weighing more than 500 pounds was caught at a fishing tournament at the Texas City Dike on Saturday.

This is only the second shark caught this tournament, which has been going on all week and lasts until Sunday at noon.

James Massa Jr. said he caught the tiger shark Saturday morning when the water was slick.

"I actually was looking over the side and seen that unique spot," Massa said of the fish. "I thought it like was a piece of bait."

Massa said the fish came to the boat for about 10 minutes and stayed around before it took the bait.