The Colorado Avalanche Information Center said avalanche danger is currently high around the state due to wind-drifted snow. 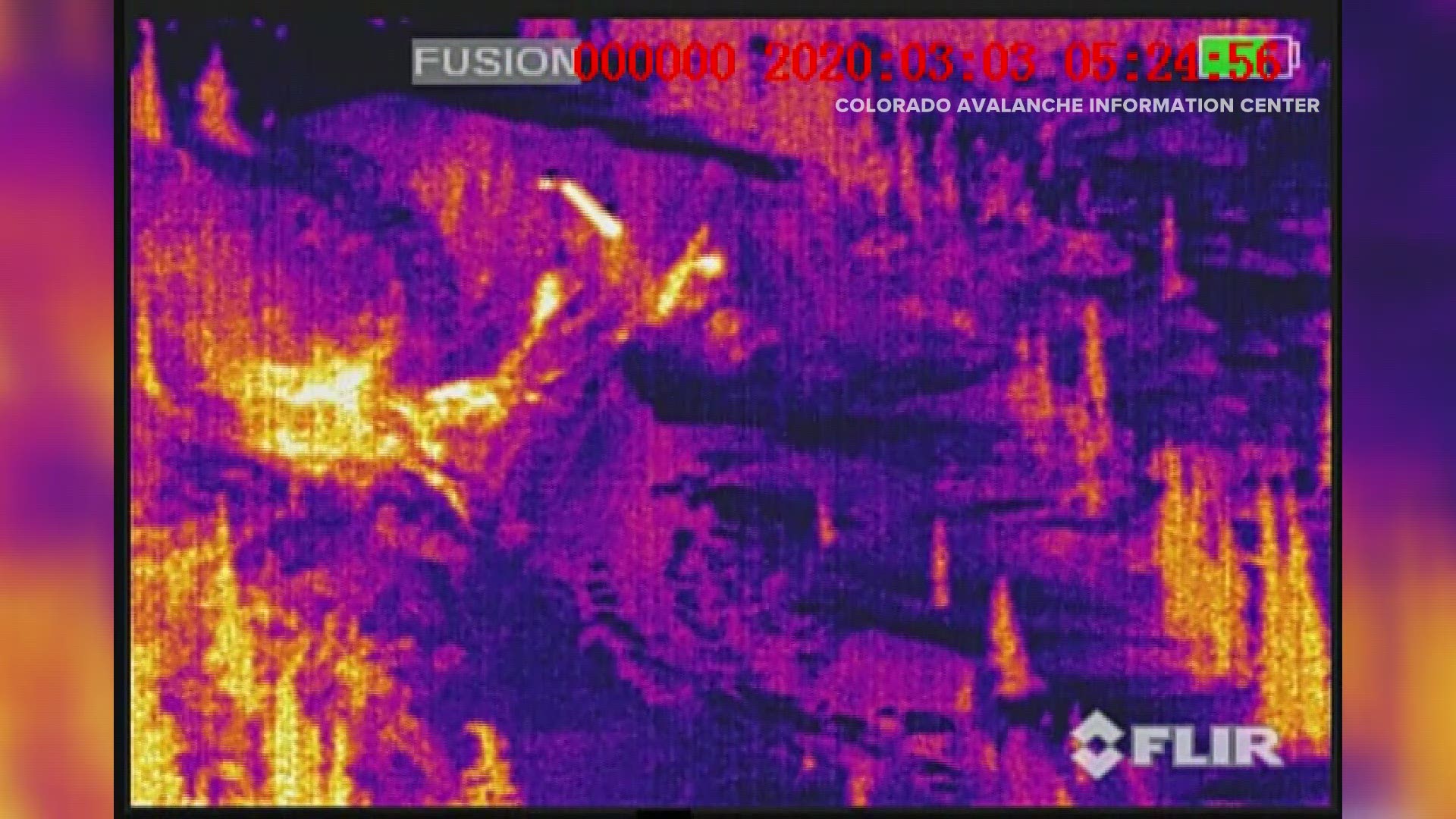 SUMMIT COUNTY, Colo. — We're getting an awesome new look at avalanche blasting thanks to a video posted by the Colorado Avalanche Information Center (CAIC).

The thermal video is of a blast that was done at Loveland Pass Tuesday morning and was posted on the CAIC Facebook page.

Avalanche blasting or “avalanche hazard mitigation” is a dual effort between CAIC and the Colorado Department of Transportation (CDOT).

“This is work that we do for and with CDOT," said Ethan Greene the director of CAIC. "We do the forecasting for them, and they manage the highways.”

The CAIC said they work to determine the period of time when the threat of an avalanche is highest to the roads and people traveling on those roads. When new snow layers add to the snowpack and increase the avalanche risk, CAIC and CDOT work together to temporarily close the road and ignite the blast.

RELATED: Avalanche forecasters in Boulder are preparing for busy season

The blast is made by a system called “Gazex,” according to CAIC. Greene explained that the system can be operated remotely and works by triggering a mixture of oxygen and propane that is stored at the top. The gas is sent up pipes that run to the top of the mountain and sets off the explosion.

The primary reason for setting off these controlled avalanches is to keep travelers driving along the roads below safe from potentially getting buried under a natural avalanche.

If controlled explosions were not done, the snowpack would eventually become so deep and heavy that an avalanche would naturally occur sooner or later.

RELATED: 'Just hold onto something': Family describes surviving avalanche that swept them off I-70

While this particular video takes place at Loveland Pass, the CAIC monitors 450 avalanche sites all over the state. You can see when and where every avalanche happens on their website.