“I initially thought I got into a snag," Kaminski said. "I told my friend who was with me, 'I’m either snagged or I’ve got a monster'.” 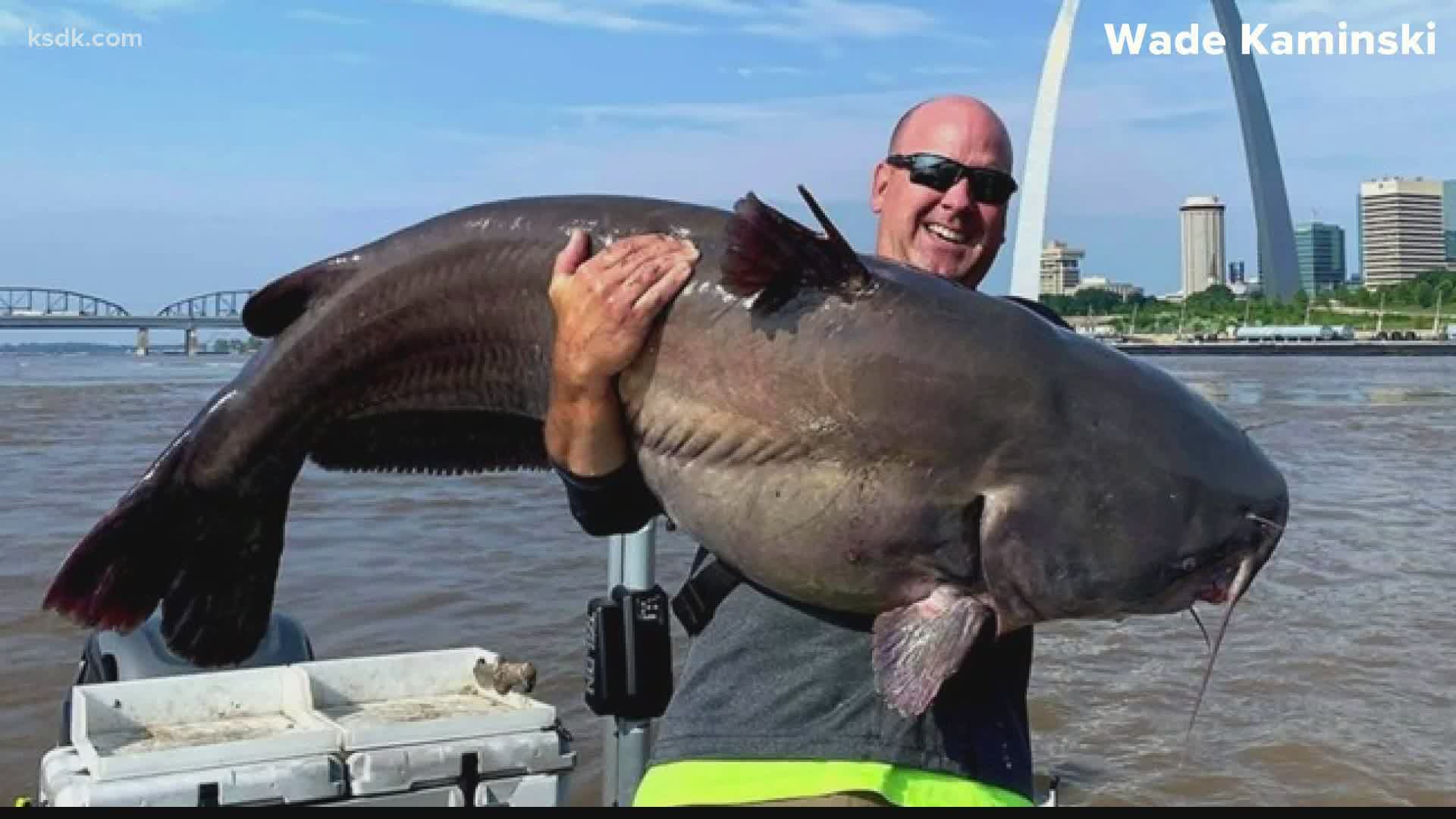 ST. LOUIS — A St. Charles man has one heck of a big fish story to tell after a day out on the Mississippi River.

“I initially thought I got into a snag," Kaminski said. "I told my friend who was with me, 'I’m either snagged or I’ve got a monster'.”

It turned out to be the monster.

The fish put up an eight-minute fight before Kaminski was able to get her into the boat, where fist bumps and high fives followed.

"It was the biggest and baddest fight I've ever been involved with," Kaminski said.

Once the fish was in the boat, Kaminski even needed a different scale brought in to properly weight the fish, since the one he had in his boat only went up to 100 pounds.

"This was the one I’ve been chasing my whole life," Kaminski said.

The angler said the Blue Catfish appeared to be female and had already spawned. So it likely weighed even more a few weeks ago.

The Missouri state record for a Blue Catfish is 130 pounds.

Kaminski released his prize catch back into the Mississippi River, so future fishermen will have the chance to experience the thrill he did.

“We want these fish to be around for the next generations or maybe in a couple years to catch this fish again and get the same enjoyment we got today," Kaminski said.