Most athletes have competed and returned to their home countries. They were required to leave the Olympic Village within 48 hours of their final competition. 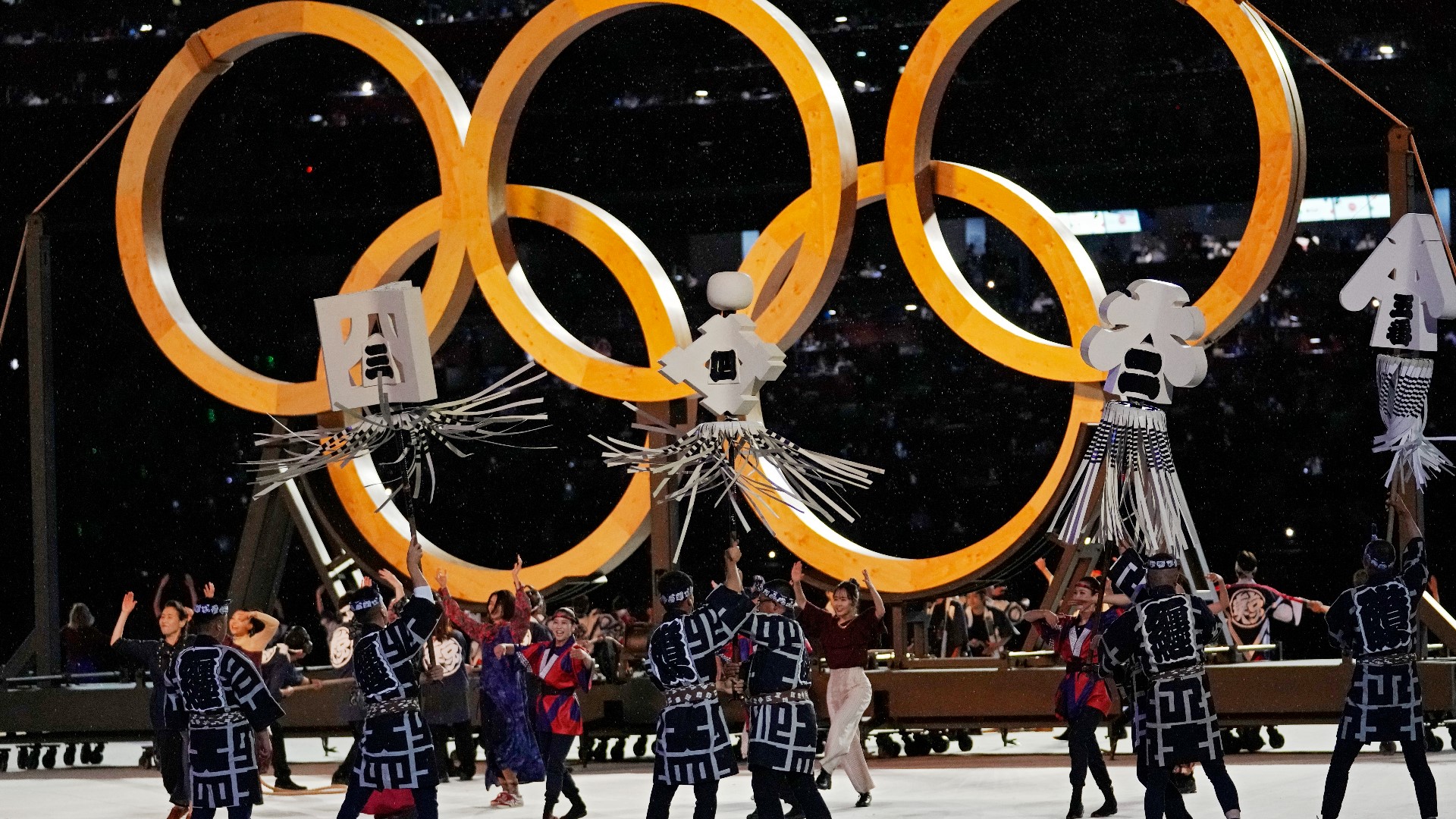 TOKYO, Japan — The 2020 Tokyo Olympics will be remembered for more than just broken records and heartfelt moments. The Games, held in 2021, will also be remembered by the pandemic and the lack of fans in the stands.

It was odd. It felt eerie at times. Millions and millions of dollars were spent on the stadiums and sports complexes - but not one fan ever sat in the seats.

The Games, dominated by the United States, with 95 medals as of Friday morning, are coming to an end.

And it's time for the Closing Ceremony. A ceremony that, like the Opening Ceremony, will be scaled down due to the coronavirus pandemic.

Most athletes have competed and returned to their home countries. They were required to leave the Olympic Village within 48 hours of their final competition.

The Games of the XXXII Olympiad wrapped up on Sunday, Aug. 8.

When does the Closing Ceremony begin?

When can you watch?

It aired live on Peacock at 7 a.m. ET on Sunday while the primetime broadcast will air on NBC at 8 p.m. ET. The Closing Ceremony can also be streamed live on NBCOlympics.com.

Who will carry the flags?

At the Opening Ceremony, baseball great Eddy Alvarez and basketball star Sue Bird carried the flag for the United States. In years past, one athlete from each country would carry their flag in the Closing Ceremony.

After representing the United States in four Olympics, women's javelin thrower Kara Winger will be the flag bearer. She finished 17th in Tokyo during the preliminaries.

What will the Americans be wearing?

The U.S. Olympians will wear white jackets with blue collars and hoods designed by Ralph Lauren. The company describes it as a "fresh and sporty all-American look."

Like the Opening Ceremony, the entertainment aspect and the who's who will likely remain a secret. The theme, we know, is "Worlds we share." According to a news release, it "expresses the idea that each of us inhabits their own world."

"Even if we cannot be together, we can share the same moment, and that is something that we will never forget. It is this salient message which we believe will create a Closing Ceremony that will open the door to a brighter future," Olympics officials said in a statement. "We hope that this ceremony may be a moment for each and every one of us to think about what the future holds."

The last step is for Tokyo officials to hand the Olympic flag off to France. They are hosting the 2024 Olympics in Paris.

But before that, the Winter Olympics in Beijing are just six months away!