Gophers' Gable Steveson ready to take on the world in Tokyo

The Gopher heavyweight wrestler has already won a Big Ten title, an NCAA title, gold at the Pan Am Championships and now hopes to win gold in Tokyo. 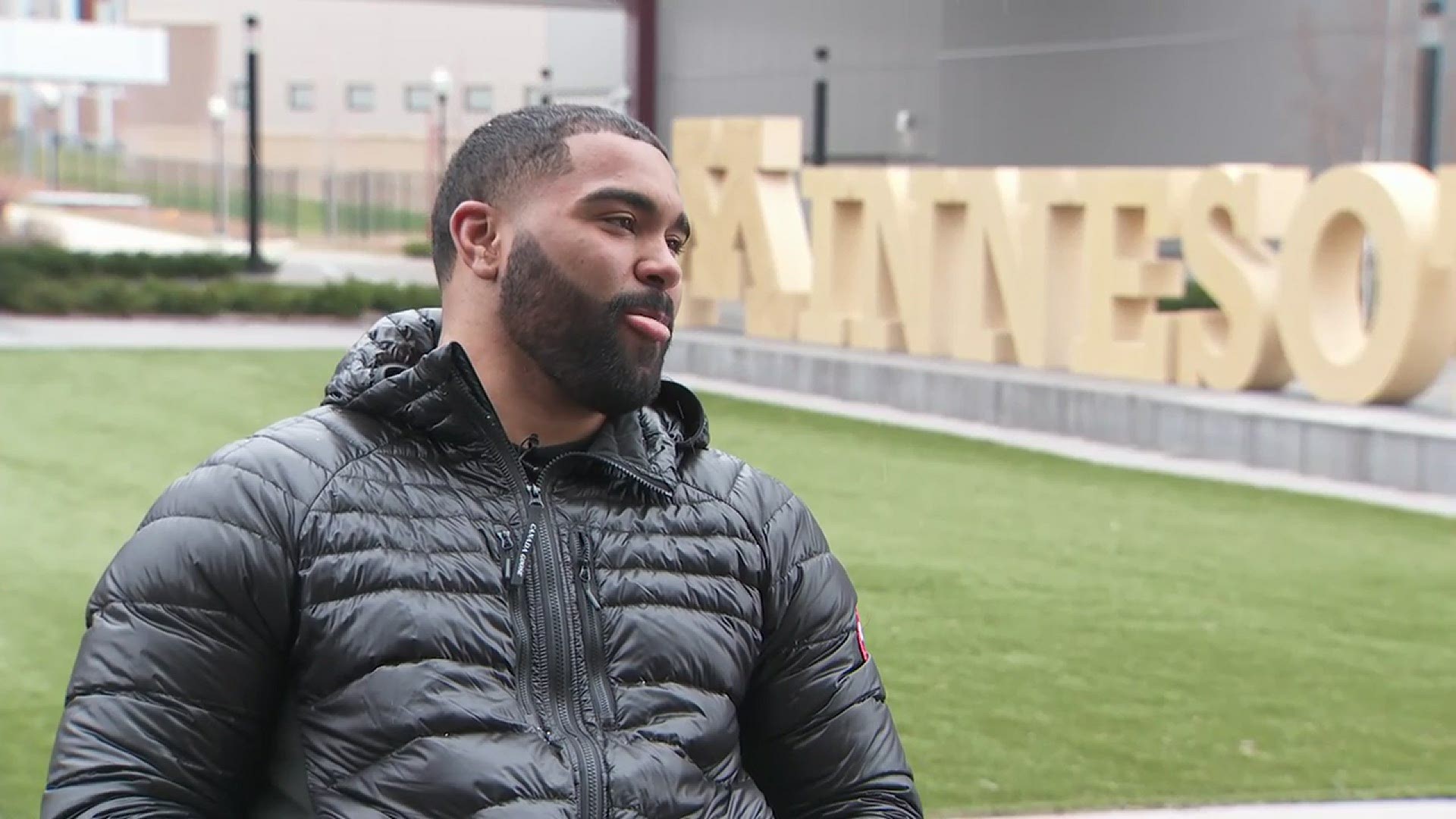 MINNEAPOLIS — He talks the talk and he definitely walks the walk

"Now its like a signature," Gable Steveson laughs "Ya'll wanna see a backflip?"

Steveson, an Apple Valley native, has had quite a year. The University of Minnesota junior heavyweight went undefeated, won a Big Ten Title, a national title and a spot on the U.S. Olympic Wrestling Team.

Steveson, who just turned 21 on Monday, is a phenom. His style, simply to dominate you. And he's really good at it.

"I just have that confidence that I can beat anybody by 10 points or by 15 points, it doesn't matter who it is," said Steveson. "It's do or die when you step out on the mat, (and) it's not my time to die, it's yours."

And while he's the best heavyweight in the U.S. – the world is a different stage. Preparing for an Olympics, against wrestlers you don't normally see, can be tough.

He’s dominating the US with @GopherWrestling. Now, is the world ready for @GSteveson? Tonight on @kare11 news at 10. pic.twitter.com/UHN87R1bxI

"I know a good amount about them and there are a few guys that I will wrestle coming up, the couple of guys from Turkey, Jordan and Iran are really good," said Steveson. "At the end of the day, it's the Olympics and you're not gonna get any better than this."

But they may not have seen better than him

"It's a new person now," Steveson said through a big smile. "They're not gonna be (ready), No."

Steveson's flair is unmistakable. And on purpose. He'll be the first to tell you he's an entertainer., and the WWE has been interested in him for some time. And while it's tempting, for Gable the Gold comes first.

"To win the gold medal to me would mean everything," said Steveson. "It means that I have done everything I want to achieve in the biggest and most respectful way. Leading the right group of kids in the right direction so people can look up to me is a great thing."