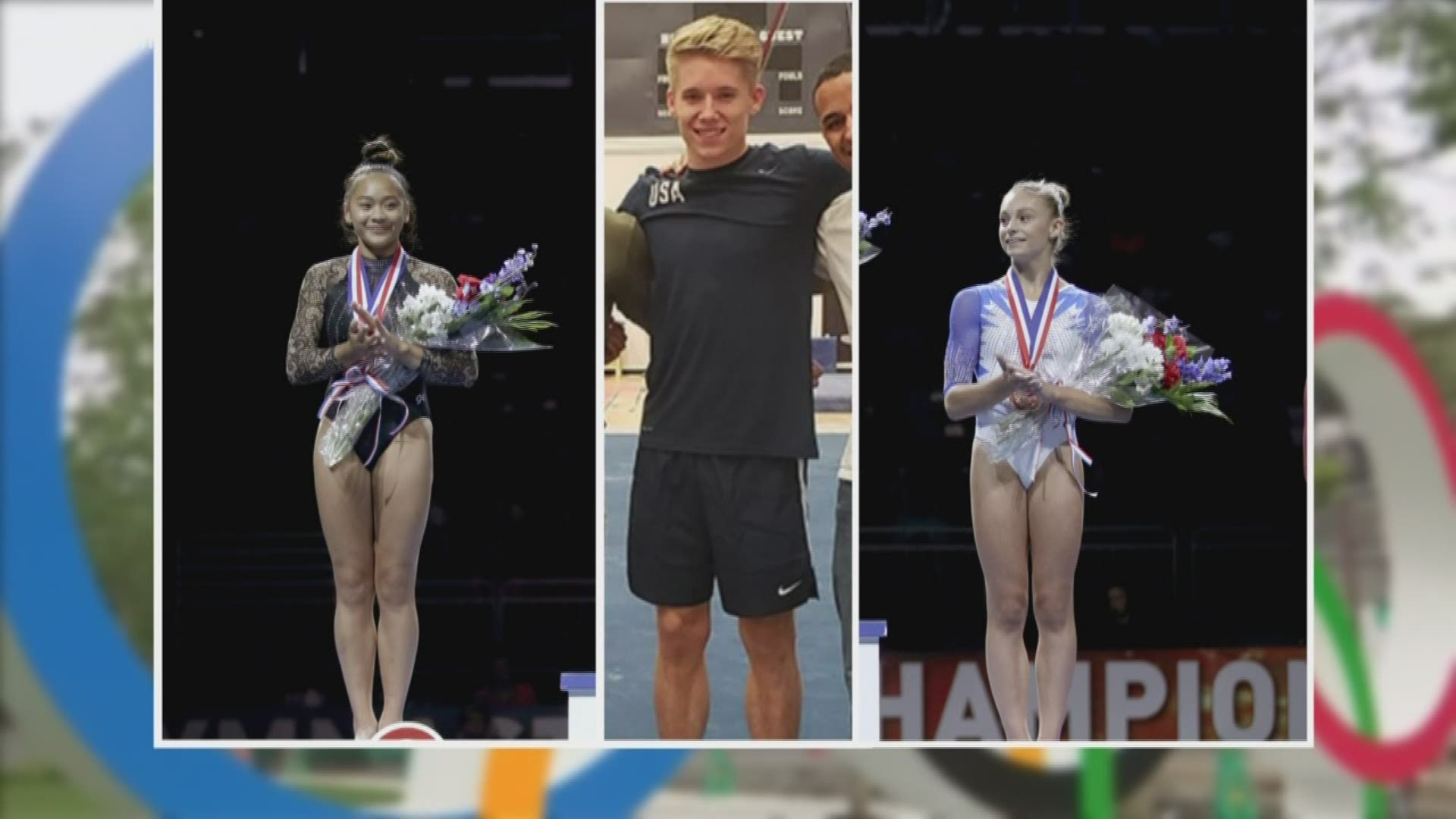 Over the weekend, Lee tightened the gap with Biles, while finishing second overall at the US world team qualifying meet in Florida.

Lee’s finish earned her one of six spots on the US Women’s World Team, competing next month in Stuttgart, Germany.

“I'm feeling really good after, and super honored to be part of the worlds team,” the 16-year-old St. Paul gymnast said.

Lee isn’t the only Minnesotan going to worlds.  Sixteen-year-old Grace McCallum of Isanti also qualified.  McCallum finished third behind Biles and Lee at nationals and sixth, over the weekend, at the world qualifying meet.

“It's nice to know all my hard work is paying off in the gym, so I feel really honored,” McCallum said Monday night from Florida, where she and Lee will continue training until the team departs for Germany.

On the Men’s side, University of Minnesota gymnast Shane Wiskus of Spring Park qualified for one of five positions on the US Men’s World Team.

Last year, in an interview with KARE 11, Wiskus made no secret of his long-term goal.

“In my bedroom I have a whiteboard,” Wiskus said, “and in the corner of it I have a countdown to the Olympics, it says ‘Days until my dreams come true.’”

For those keeping score, that's three of eleven spots on the men’s and women’s world teams filled by Minnesotans with Olympic aspirations.

RELATED: 1-on-1 interview with Jessie Diggins

“It's probably been my goal since I started in gymnastics,” Lee said. “It motivates me every single day to get up and go to practice and work hard every single day because I know that's going to get me closer to my goal.”

Should Lee reach her goal, she will be the first Hmong-American to compete at an Olympics.

But her recent successes have been bittersweet.

Suni's father, John Lee - her biggest cheerleader - is currently nearing his second month in the hospital with a spinal cord injury that's left him paralyzed from the chest down.

Tuesday night at 10 - in a special Boyd Huppert’s Land of 10,000 Stories segment - KARE 11 will feature an in-depth look at this rising star and the father for whom she now competes.