Dallman-Weiss hopes to sail her way to gold

The Shoreview, MN native will compete in Toyko at the Olympics. 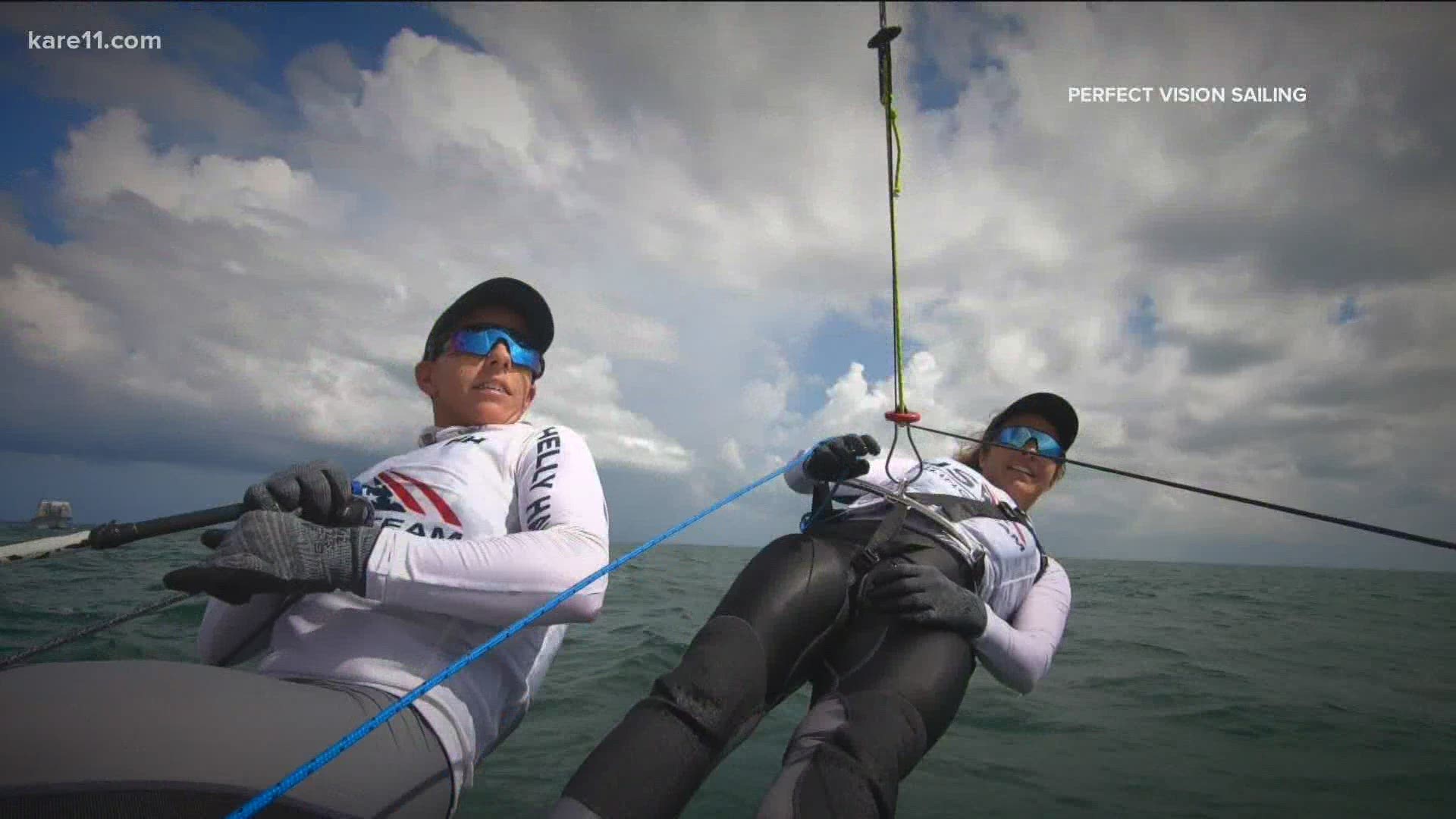 WHITE BEAR LAKE, Minn. — For as long as she can remember, Lara Dallman-Weiss has loved being on the water.

"There is something about being by the lake and just being out in nature that I absolutely loved."

As a sailor on White Bear Lake, she learned not to just love nature but how to read it.

"We look at cloud patterns to see how the wind acts. We look at air temperature, water temperature, everything goes into it," says Dallman-Weiss. "When it comes down to it you have to just open your eyes and see."

Ironically, she initially couldn't see the point in racing sail boats. She had the competitive gene, just for other sports. In fact she almost attended UW-Eau Claire to run.

"Last minute one of my friends from here goes to Eckerd and I called him and it was below freezing here and he was like, 'I am in shorts. It's the perfect temperature. You gotta come.'"

The rest is Olympic history. Dallman-Weiss along with her sailing Partner Coast Guard officer Nikki Barnes finished 7th place at the Women's 470 World Championship regatta in Portugal in April, earning them a spot in this summer's games.

"Being part of team USA is just a dream."

But the harsh reality is getting there. Unlike in many countries there is no U.S. government funding to assist the team. So Lara and Nikki, in addition to a grueling training regimen, have had to fundraise as well.

"We've been very successful but have a ways to go."

And the challenges don't end when they get to Tokyo.

Japan will be a challenge because of the intense heat. Temps are expected to be in the 90's to 100's this summer. And being out in that heat for a prolonged time, can be difficult.

"That's the biggest thing about Japan is the heat is insane so we're doing everything we can to prepare," says Dallman-Weiss. "We're getting ice vests when we're getting ready in the morning ways to cool us down but you can't just jump in the water it's so hot."

But for Dallman-Weiss it's all worth it, for the chance to continue the US's history of success in Olympic sailing

"I wanna be on the podium and I wanna listen to the Star Spangled Banner. It would be amazing to win anything. But I wanna be on top."

If you'd like to donate to Lara and Nikki's campaign to get to Tokyo, you can do so here.