'You can cut it off. I’ll still play' | JJ Watt talks about injured arm

Watt hurt his arm during a sack of Blake Bortles in the first half. 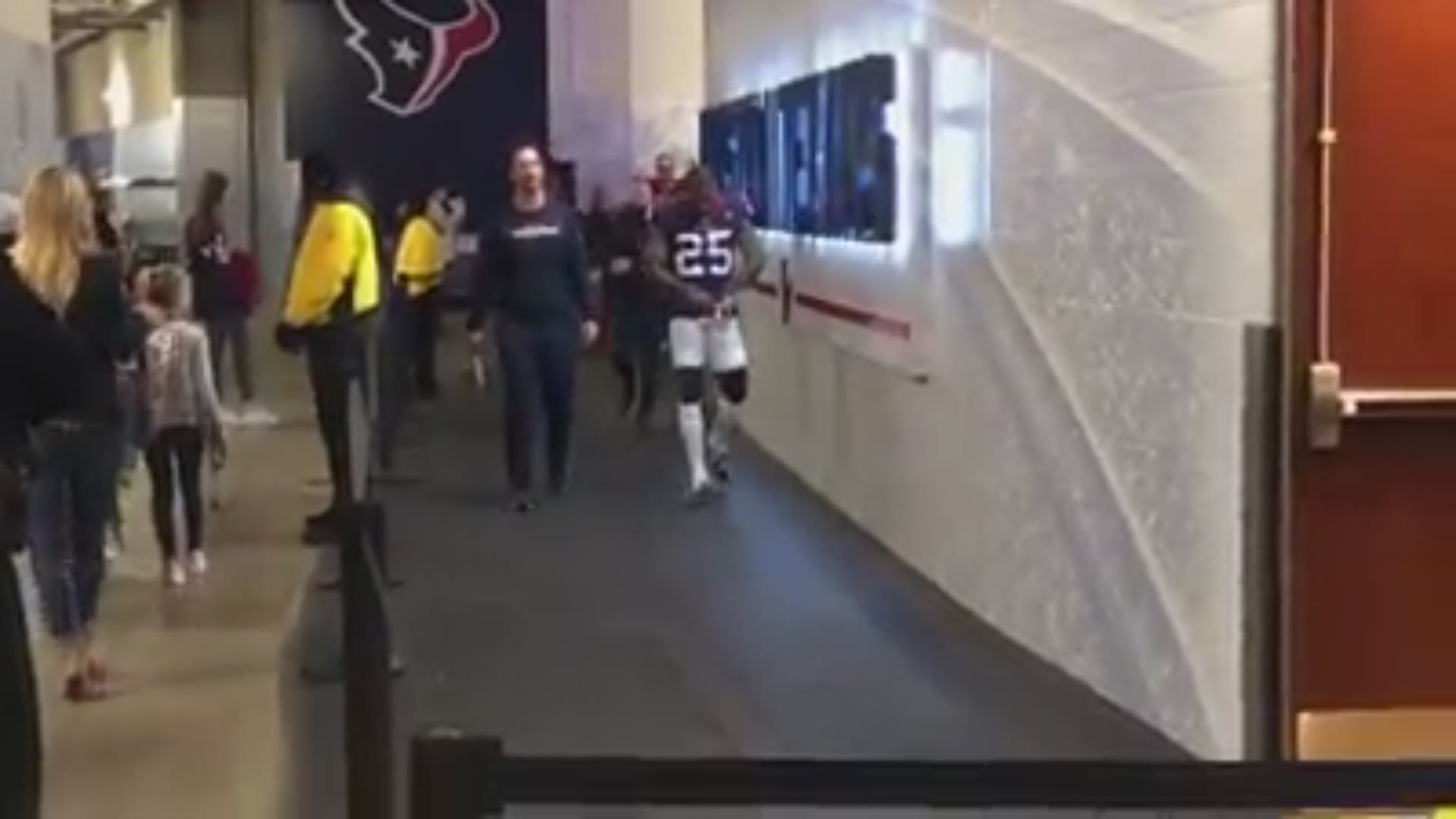 HOUSTON -- After the Texans win over Jacksonville Sunday, defensive end J.J. Watt appeared to be favoring his right arm.

Watt said after the game that he hurt it during a sack and fumble of Blake Bortles in the first half.

The good news is X-rays were negative. Watt said he would get it checked out more during the week. More good news – the injury won't keep him from playing next weekend.

“It’s playoff football now,” he said. “It doesn’t matter. You can cut it off. I’ll still play.”

RELATED: Here are the freebies you get because the Texans won

Watt and the rest of the defense held the Jaguars to 3 points and 119 yards of offense, the second-fewest yards allowed in team history.

“Starting 0-3 and winning the division, it's a monumental achievement. We’re not done.”