WATCH: No charges for Jaguar fan who sucker-punched Texans fan

It's a cheap shot that went viral but, so far, there are no charges against the Jacksonville fan who punched a Texans fan during the game Sunday. 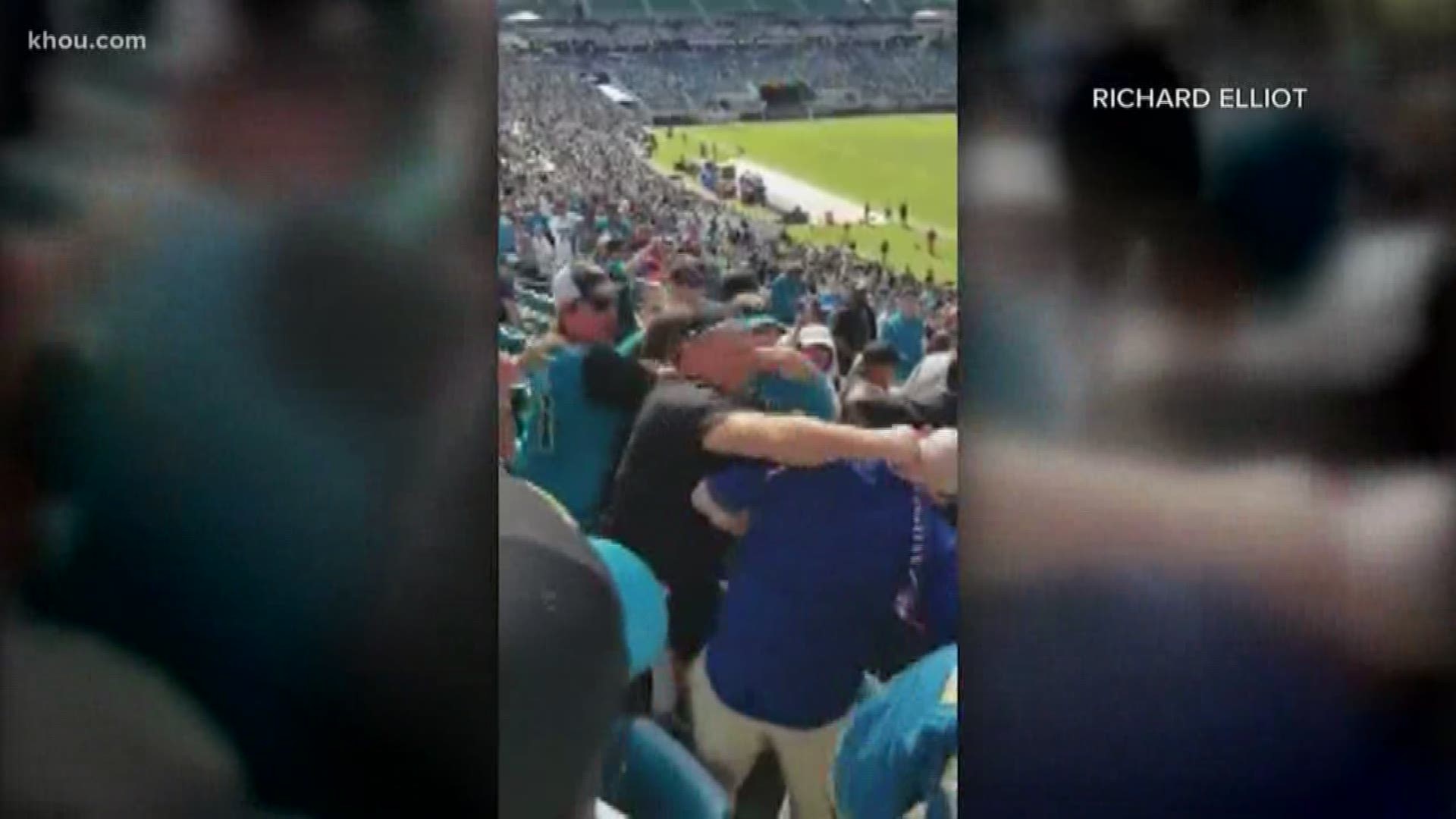 Two fans involved in an altercation at the Houston Texans game against the Jacksonville Jaguars have been banned from buying tickets to Jaguar games, the team announced Monday.

But charges had been filed as of Monday afternoon.

A video showing a Jags fan sucker punching a Texans fan went viral on Facebook over the weekend.

The Texans fan fell over and appeared to briefly lose consciousness.

A woman wearing a Texans shirt jumped over the seats and tried to retaliate by hitting the man who threw the punch.

Jaguar fans tried to stop her and one woman pushed her. Police showed up and handcuffed the Texans fan.

It's not clear if she knew the victim.

Richard Elliott, who posted the the video on Facebook, said he witnessed the woman in the video and the man who threw the punch both being escorted out by police.

Both were later released without charges but neither will be allowed to buy tickets for future games in Jacksonville.

Elliott said a Texans fan threw a beer before the punch was thrown but it wasn't the man who was punched.

A woman posted on Facebook the beer was thrown because Jacksonville fans were hurling racist insults at Texans fans, tellilng them to "go over the wall and to go home and make tacos."

"We in no way condone the behavior during Sunday’s Jaguars vs. Texans game, which included a physical altercation between fans in the east stands. Per our Fan Code of Conduct, two individuals involved in the altercation were ejected from the stadium. Each party, whether a Jaguars season ticket member or a single game purchaser, has had their ticket purchasing privileges rescinded.

The Jaguars are grateful for the immediate response by stadium security personnel to the situation."

The video on Facebook has been viewed more than one million times and has been shared nearly 5000 times.