Star defensive end J.J. Watt is being mentioned by experts as a player who could be traded. 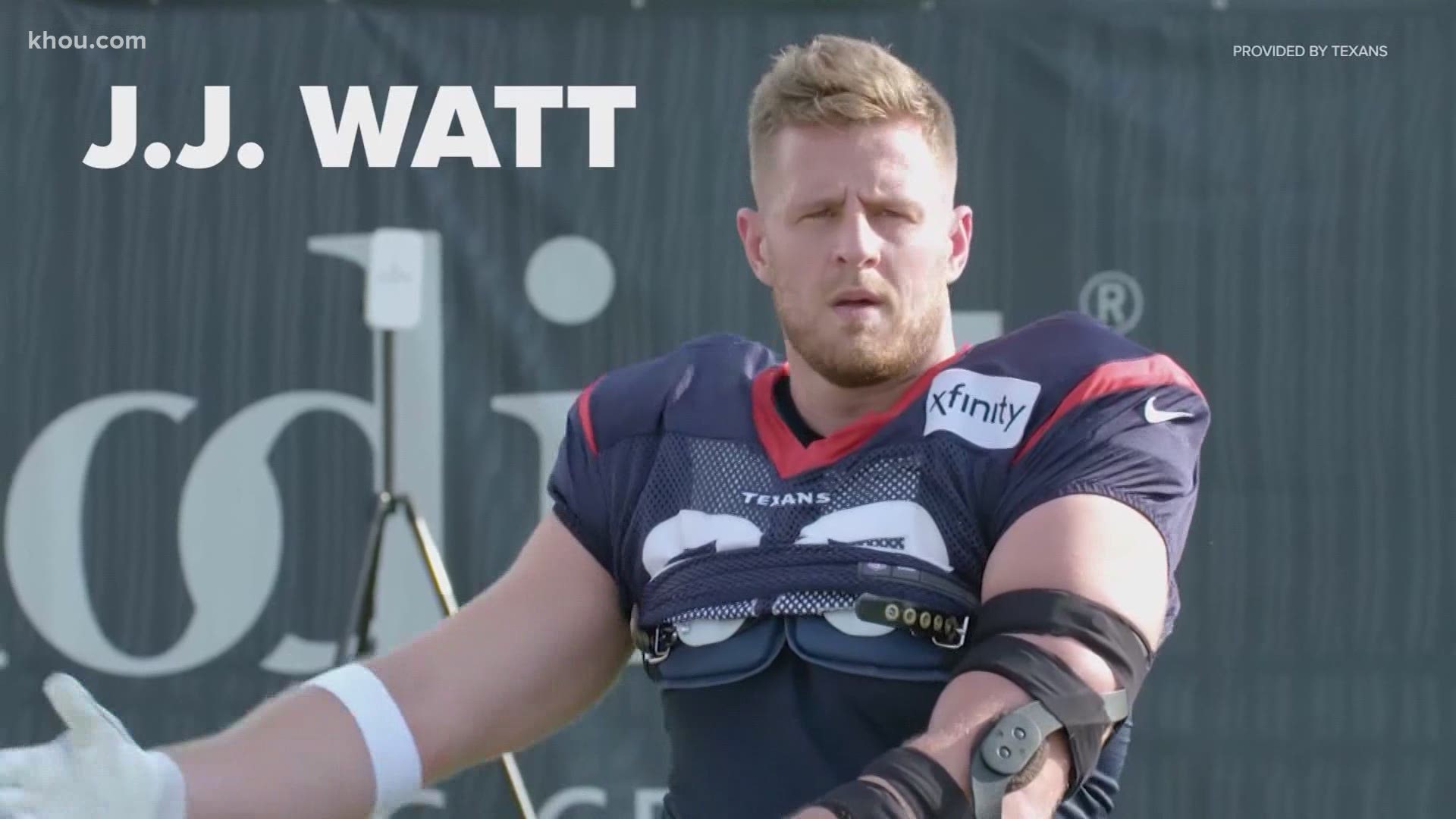 HOUSTON — Tear down, start over: That's what some 1-5 teams might do just days before the NFL's trade deadline.

With the Texans, we know what one player wants to happen between now and Nov. 3. Star defensive end J.J. Watt is being mentioned by experts as a player who could be traded.

Would the Texans really do it? If a winning team dangles some high draft picks, maybe.

And what does Watt think about all of this speculation?

"My goal since I got here was to bring a championship to Houston,” he said. “That remains my goal until the day I'm not a Houston Texan anymore."

And this news does get back to the players. Wide receivers like Randall Cobb are among the names being thrown around on the web.

“I bought a house here, so I planned on being here for the long haul,” Cobb said. “We’ll see how it all plays out. You take it day-by-day.”

All this trade talk was even addressed Wednesday at practice.

"Them boys ain't getting traded,” quarterback Deshaun Watson said. “That was something we squashed at the end of practice. Nobody’s going anywhere. We’re going to stick with this team and keep pushing forward.”