'That's on us' | J.J. Watt critical of defense in close loss to Brees, Saints

Prior to the game-winning drive, QB Deshaun Watson drove the Texans down the field in two plays putting the team up 28-27. 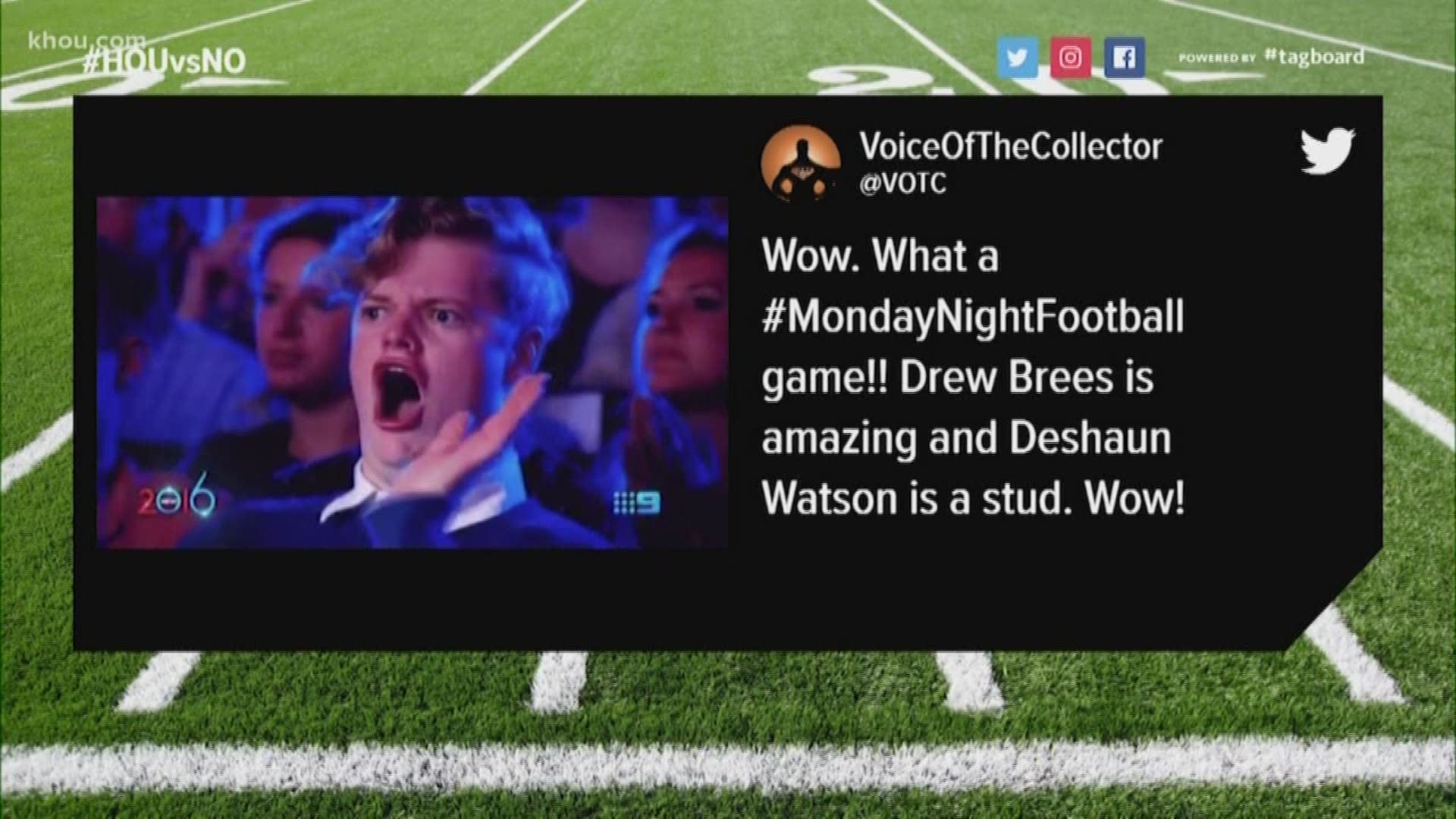 HOUSTON — J.J. Watt says the Houston Texans last-second season-opening loss is on the defense for failing to stop Drew Brees and the New Orleans Saints offense.

The Texans lost 30-28 in the closing seconds of the Monday Night Football match-up at the Mercedes Superdome after Wil Lutz nailed a career-long 58-yard field goal giving the Saints the victory.

The field goal came after Brees completed a 15-yard pass to Ted Ginn Jr., an 11-yard pass to Michael Thomas and another pass to Ginn for 9 yards after starting from their own 25-yard line with 37 seconds left on the clock.

“The offense did an incredible job. They deserve a ton of credit for the way they played in the second half. That last drive gave us the lead, then as a defense that’s on us. There’s a lot of things that are on us,” Watt said following the game. “We held them to three points in the first half then gave up 27 in the second half. That’s terrible. For our offense to give us the lead with 43 seconds left and to not win that game, that’s bad football by us on defense. We will take 100 percent of that blame as we should.” 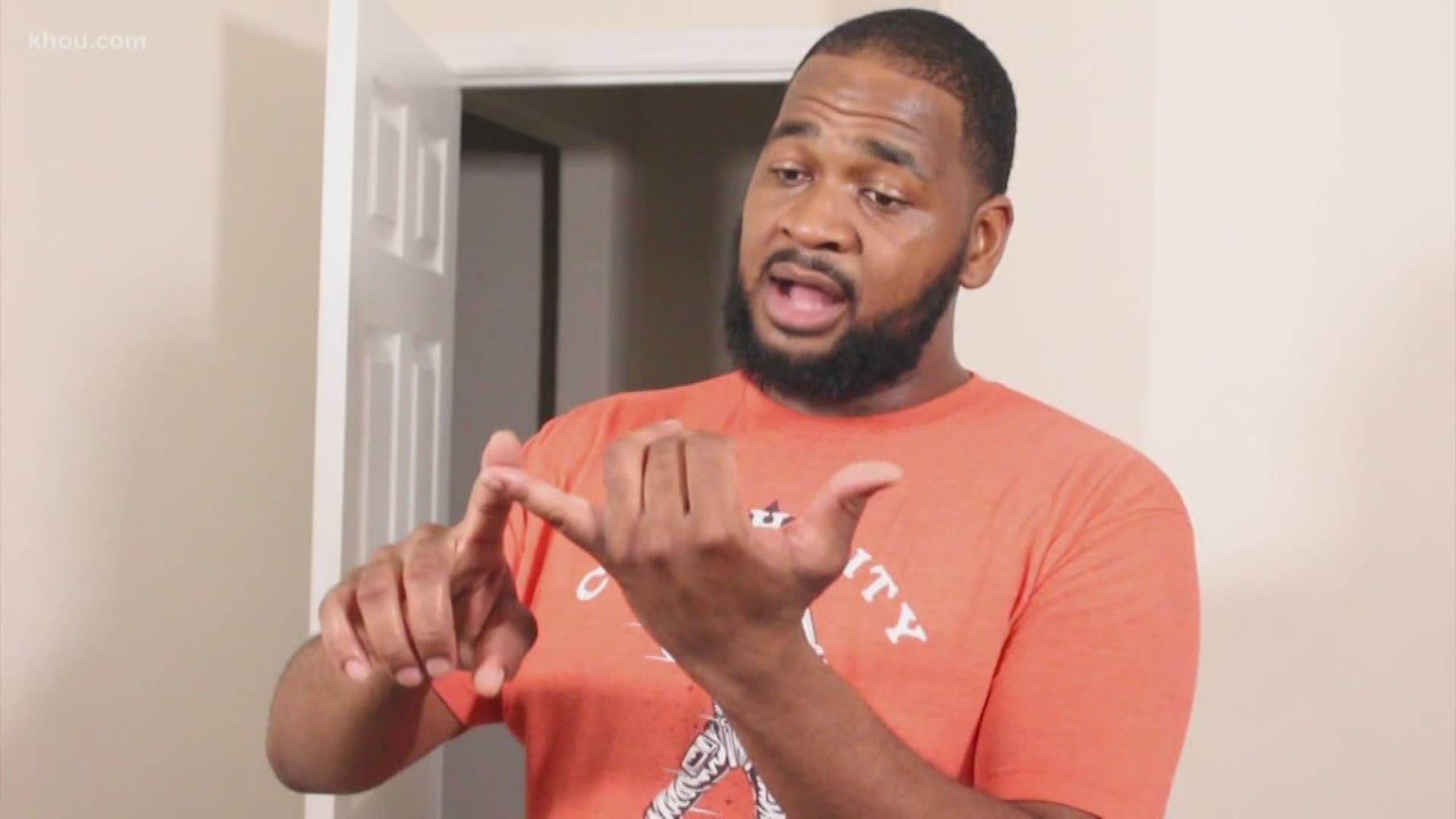 Prior to the game-winning drive, quarterback Deshaun Watson drove the Texans offense down the field in two plays for a scoring strike to recently acquired wideout Kenny Stills, putting the team up 28-27.

RELATED: Texans, Rice pair up for course on how to run an NFL franchise

Second-year safety Justin Reid echoed Watt’s statements on needing to be consistent from the beginning to the end of the game.

“We did a phenomenal job in the first half but not the second. We gave up three points, but we have to be more consistent with it,” Reid said. “They made some halftime adjustments and tried to attack what we were doing to them.”

Texans coach Bill O’Brien says the Saints just made more plays than they did in the end.

“Every team makes adjustments. We adjusted, they adjusted. I think at the end of the day, they made more plays than we did and we came out on the short end,” O’Brien said following the game.

Watt took full responsibility for the loss as the leader of the defense. Watt did not make the defensive stat sheet after failing to make a tackle or sack in Monday night’s game.

“Deshaun Watson is] a competitor. He’s a great player. He obviously put us in a position to win the game and we didn’t do enough to help him,” Watt said. “As the leader of the defense I take that 100 percent on my shoulders. We’ll watch it. We’ll figure it out and get it right for next Sunday.”

Watson called it a team loss saying when you’re on the road against a QB like Brees and a great team like the Saints, you have to be able to put them away.

“It’s a team loss. Being the offensive leader, we could do a little bit more. Great teams like this, playing on the road against a great quarterback like Drew Brees, you’ve got to be able to put the game away,” Watson said. “We gave them momentum on my interception and then they went down and scored. You’ve got to capitalize on the opportunities.”

The Texans are now working on a short week as divisional rival the Jacksonville Jaguars come to town Sunday for the home-opener at NRG Stadium.

They are coming off 40-26 loss to the Kansas City Chiefs that also cost them their starting quarterback Nick Foles who suffered a broke clavicle during the first half.