The NFL is considering different types of protective masks but Watt said he's been there, done that and won't do it again. 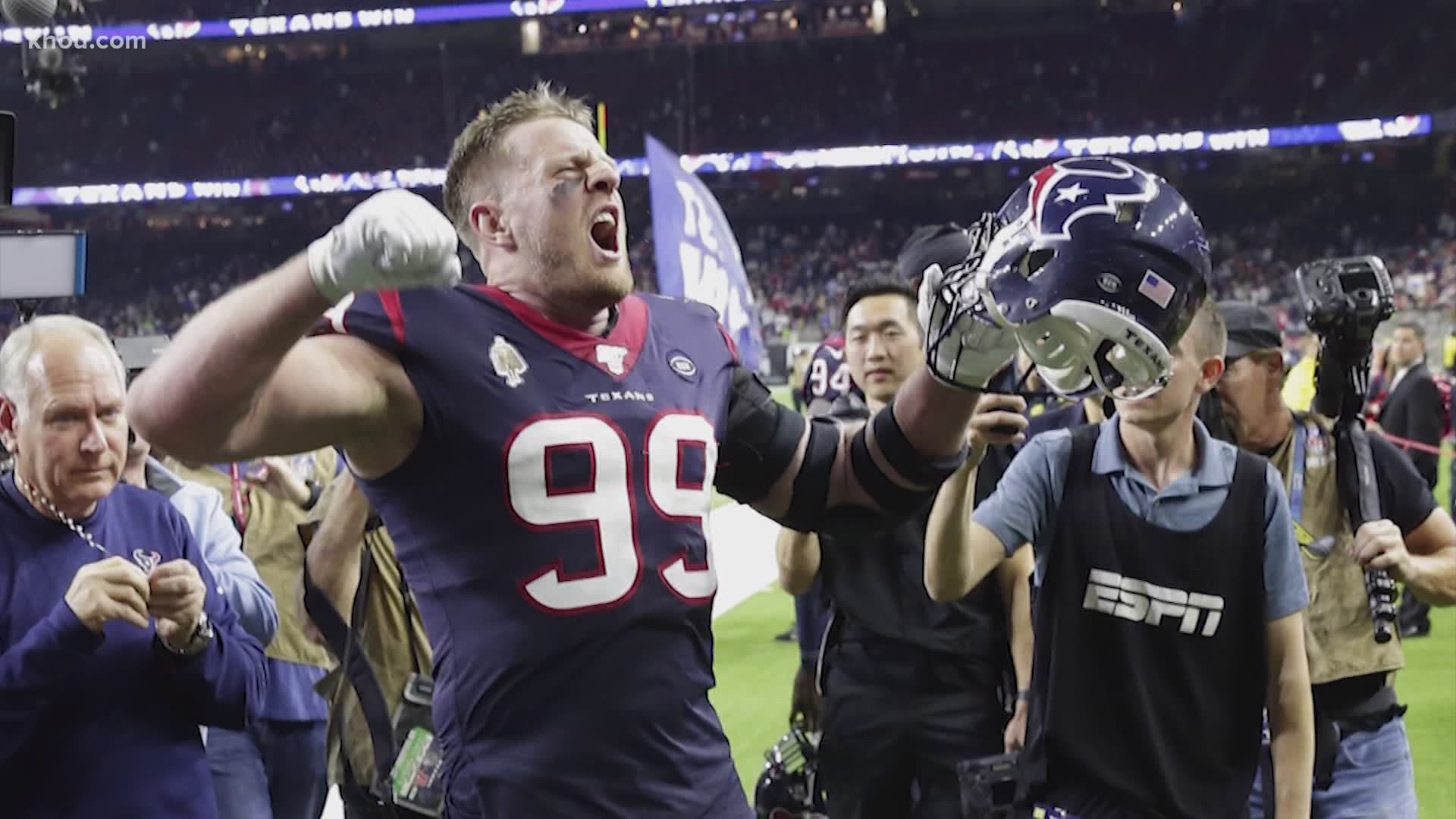 HOUSTON — As the NFL and players union work together on safety protocols to protect players this season, one option could keep Houston Texan J.J. Watt off the field.

Watt told Pro Football Talk that he might skip the season altogether if the NFL requires face shields.

The three-time Defensive Player of the Year wore one early in his career and says he won’t ever do it again.

"My second year in the league I thought it'd be cool, I put a visor on my helmet," Watt said Wednesday. "I was like, 'It looks so cool, I wanna put a visor on.' I had it on for about three periods of practice and I said, 'Take this sucker off I'm gonna die out here.' … So now you're gonna put something around my mouth? You can keep that. If that comes into play, I don't think you're gonna see me on the field."

The NFL has been testing different types of protective masks but hasn’t said yet if players would be required to wear them.

The league is also thinking about scrapping the preseason, a move some players support, according to CBS Sports.

Watt hopes it will be safe to play at least some preseason games for the sake of players trying to earn a spot on the roster.

RELATED: Got Texans season tickets? Here are the options you have for going to games

"I think obviously as a vet, personally do I think that preseason games for somebody in my situation is absolutely necessary? I would say, I don't think so," Watt said. "But I think there are a whole bunch of people who need those opportunities and who live for those opportunities."

Either way, Watt said it’s too early for final decisions, including whether to play this season.

The NFL is expected to give players the option of sitting out the season if they don’t feel safe.