Texans, Chiefs booed during moment of unity before kickoff

"The moment of unity I personally thought was good. I mean the booing during that moment was unfortunate," said JJ Watt. 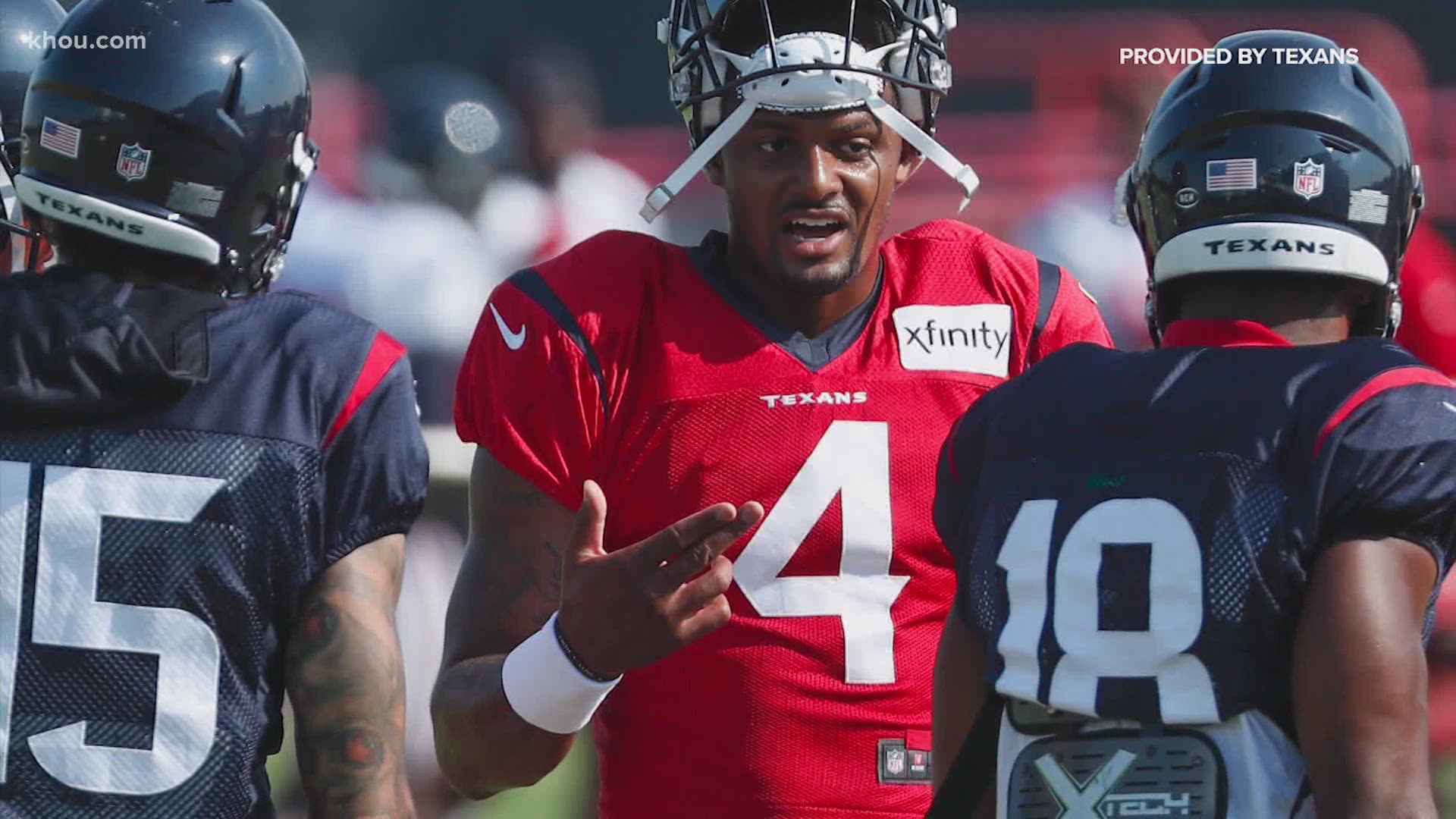 KANSAS CITY, Mo. — The Houston Texans remained in their locker room during the national anthem before their opener against the Kansas City Chiefs in a coordinated display meant to bring awareness to Black Lives Matter and other social justice initiatives.

The anthem was performed by R&B duo Chloe X Halle from an empty stadium and streamed on the video screens. As soon as it was over, the Texans and their coaching staff ran out of the tunnel in the corner of Arrowhead Stadium.

The Chiefs stood along their sideline during the anthem. Most of them had their hands over their hearts.

The two teams then met at midfield to shake hands while messages such as “We believe Black lives matter” and “It takes all of us" played on the screen. They then lined up from end zone to end zone in a show of solidarity before the coin toss.

While there were some cheers during this moment of unity, there were also some boos from fans in the stands.

"I don't fully understand that. There was no flag involved, there was nothing involved in that other than two teams coming together to show unity," said Watt.

Fans who took issues with the booing, pointed out, like Watt, that this wasn't a protest and that this was a good example of why players feel so strongly about these causes in the first place.

Others said it's a dead-on accurate representation of where this country is.