Starting Tuesday, fans of the Georgia native can read about what he's learned from his childhood to the NFL. 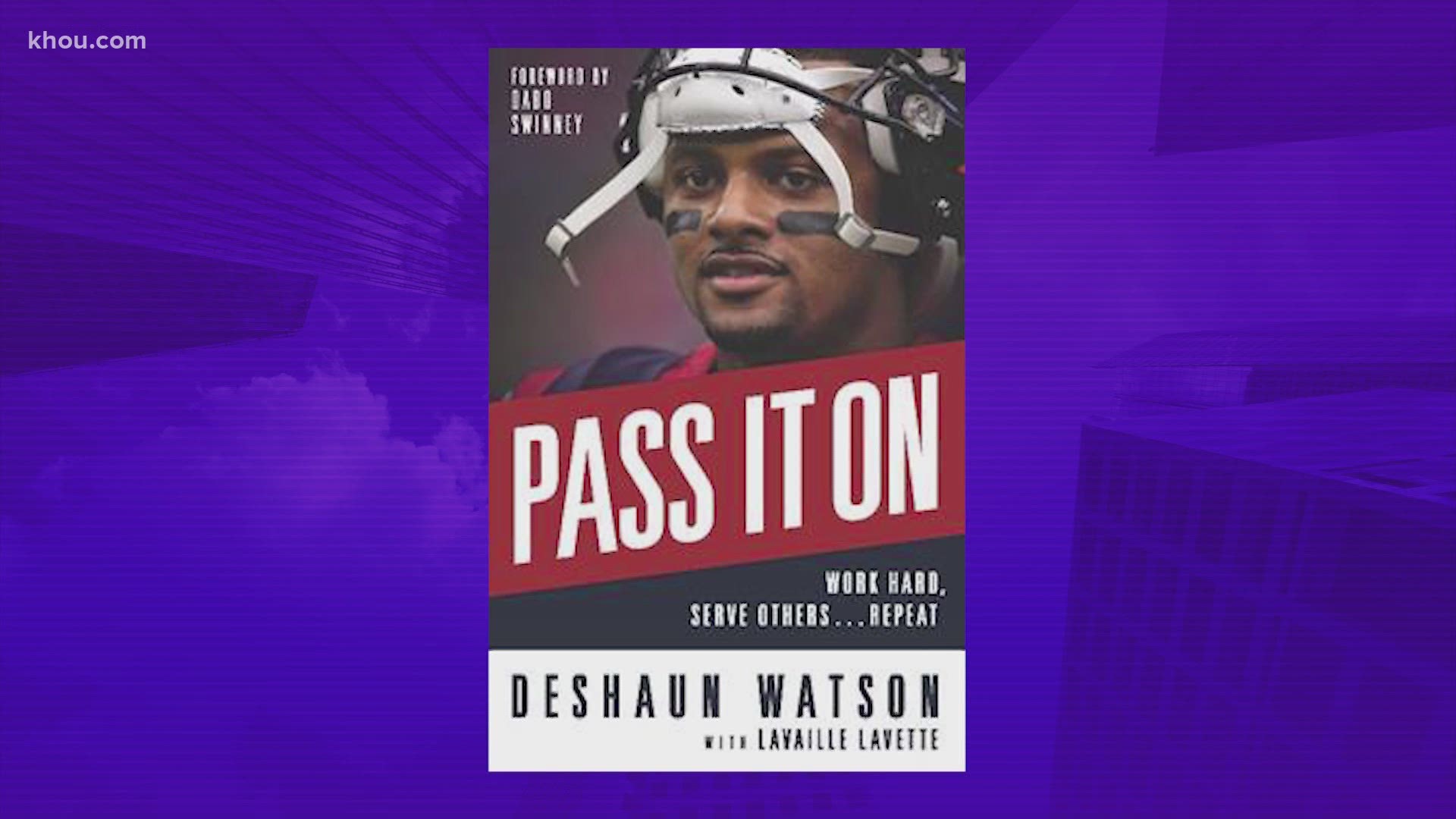 HOUSTON — While the ink dries on his new contract extension, Houston Texans quarterback Deshaun Watson is preparing to launch his first book, "Pass It On: Work Hard, Serve Others... Repeat."

From Watson’s early days in Gainesville, Ga., where he nursed his mother through cancer, to his years at Clemson where he graduated in three years while being nominated for the Heisman Trophy twice, to his first few seasons in the NFL, he has established himself as a leader by putting others before himself.

"Pass It On" highlights the seven core values that he models his life after: generosity, empathy, self-sacrifice, service, commitment, strength, and values in action. Watson also shares the lessons he's learned from his childhood to his win at the 2017 College Football Playoff National Championship.

“Pass It On” by Deshaun Watson is on sale Tuesday, Sept. 8, 2020, wherever books are sold, including Amazon.com.