Watson is one of only 10 quarterbacks in NFL history to record at least 400 passing yards while completing over 80 percent of their attempts. 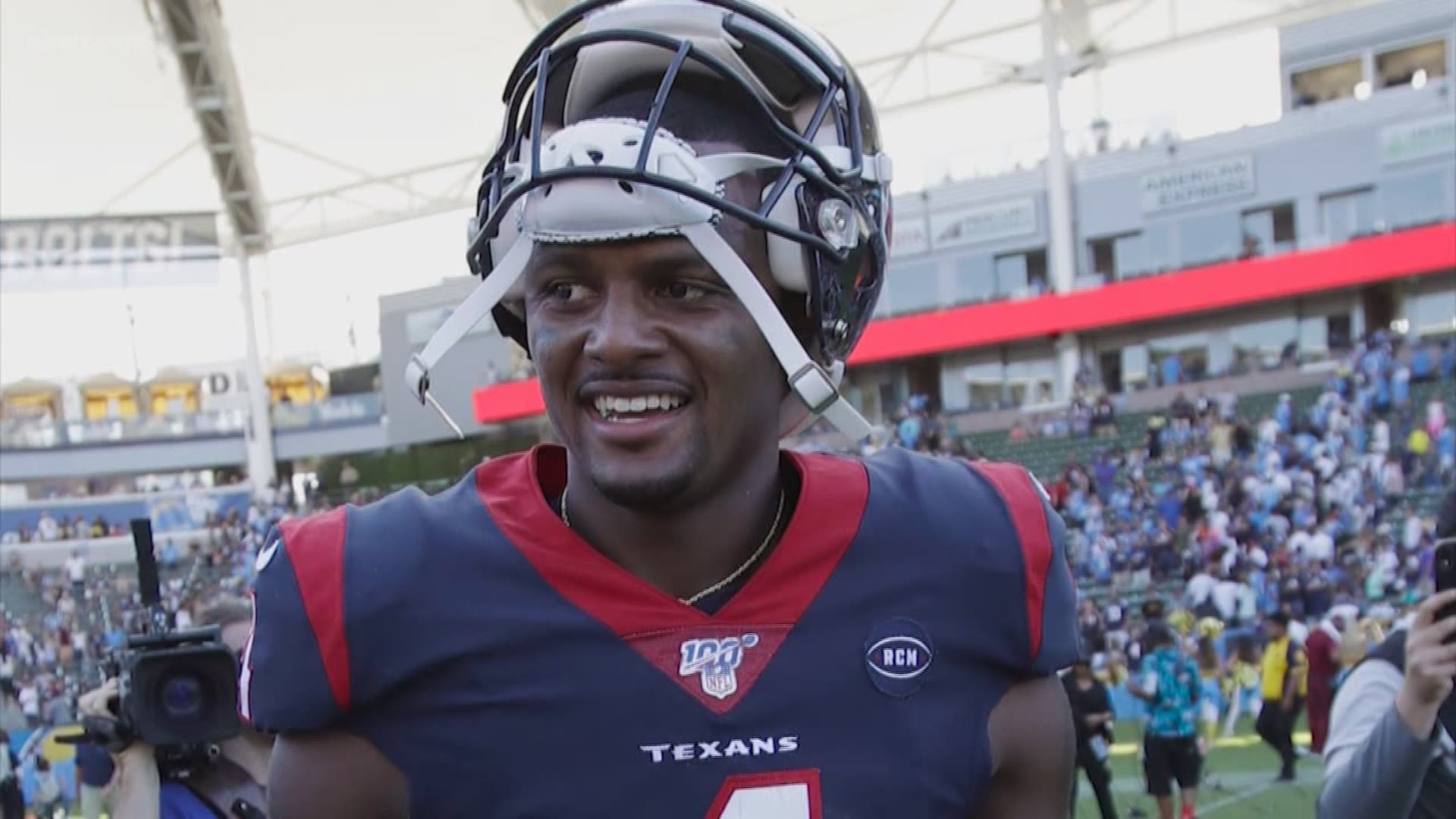 HOUSTON — The NFL has named QB Deshaun Watson the AFC Offensive Player of the Week following his performance in the team’s 53-32 victory over the Atlanta Falcons in Week 5, the Houston Texans announced Wednesday.

This is the second time he's received this award this season.

Watson became the first player to throw for at least 400 yards and five touchdowns with five-or-fewer incompletions in a single game in NFL history. He also became the third quarterback since 1950 to post at least 400 passing yards, five passing touchdowns and a 158.3 passer rating in a single game, joining Nick Foles (2003) and Jared Goff (2018).

More stats from the Texans: 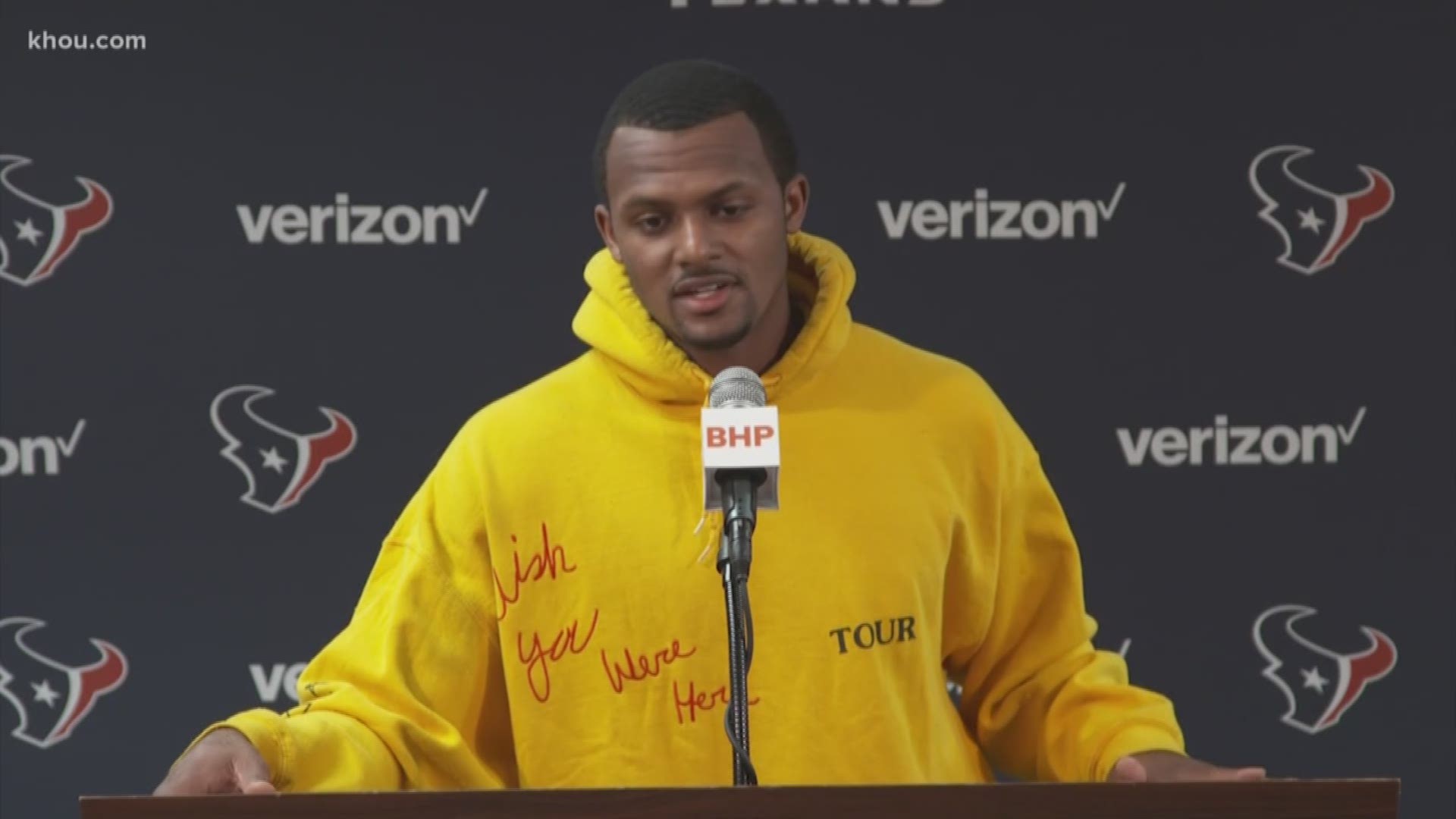 Watson owns three career games with five-or-more touchdown passes, which is the most in the NFL since 2015, and he is the only player to record at least five touchdown passes in a game in each season since entering the NFL in 2017. Additionally, Watson became just the sixth quarterback in NFL history to record three games with five-or-more touchdowns and no interceptions, joining Drew Brees (seven), Tom Brady (six), Peyton Manning (five), Ben Roethlisberger (five) and Aaron Rodgers (four). Watson is the only player in NFL history to accomplish the feat within his first 28 career games.

RELATED: Simone Biles gets two signature moves named after her