The Texans open the preseason in Minnesota on Aug. 14 at 7 p.m. 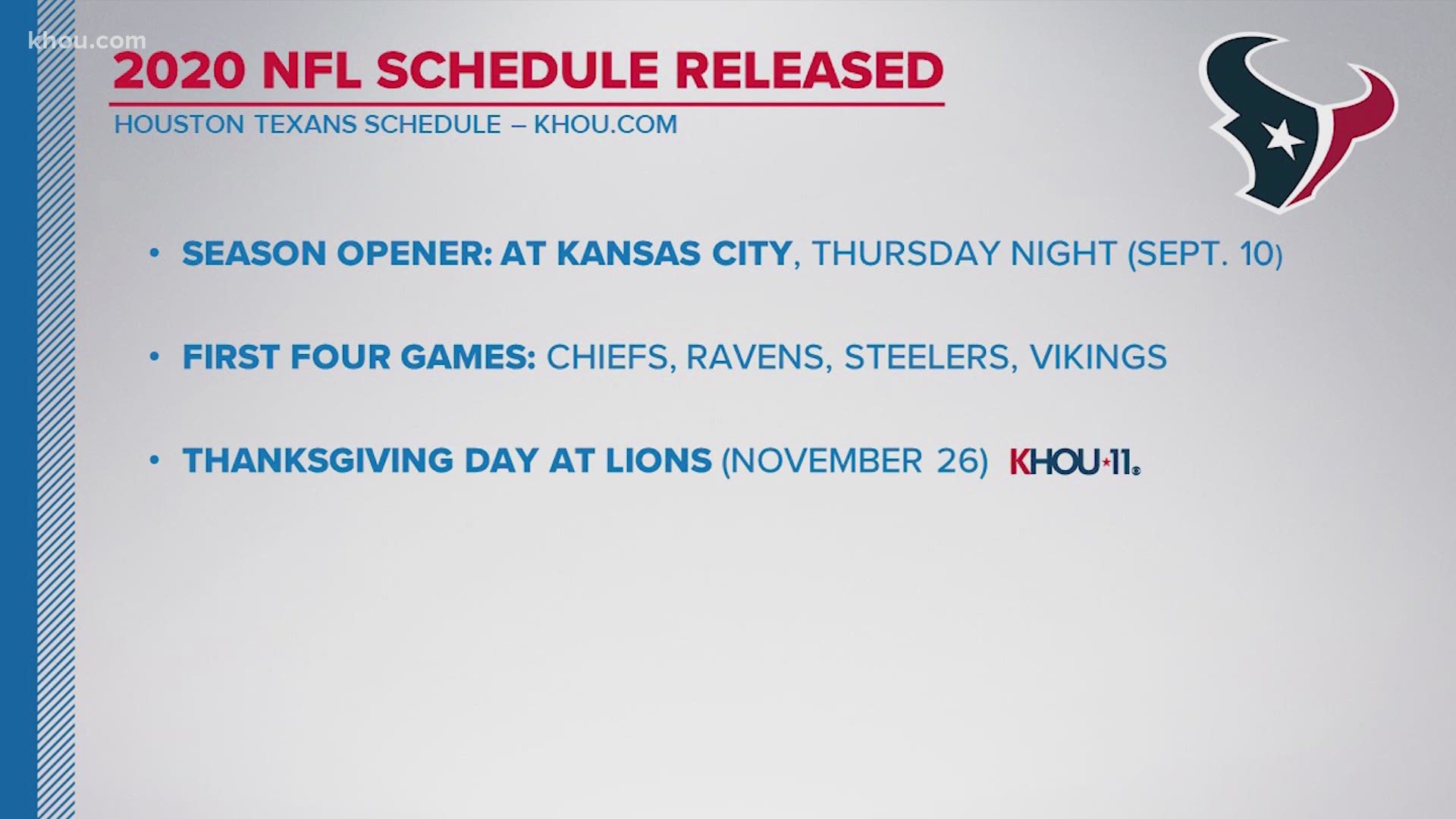 The Texans will open the preseason on the road against the Minnesota Vikings for the fifth preseason matchup between the two teams (2009, 2011, 2012, 2013). The Texans have won the last two preseason meetings, including a 27-13 victory in the first preseason game of 2013 in Minnesota.

In Week 2, Houston will host the Seattle Seahawks for the teams’ first-ever preseason matchup. The Texans and Seahawks last faced off in the regular season in Week 8 of 2017 in Seattle.

The Texans will then welcome the in-state rival Dallas Cowboys to NRG Stadium to close out the preseason in Week 4.